Not long ago California was in drought.  Then Senator Barbara Boxer infamously said, “In California, we can just look out the window to see climate change’s impacts.”

The rains would never return.  Parched Earth and deprivation were the “new normal.”

The weather, however, continued to vary, as it always has.  Then 2018 clocked in as America’s wettest year on record (that’s weather too).  California’s drought is over.

This was pretty bad timing for the warming folks deeply embedded in America’s federal bureaucracy to announce that global warming will soon cause, “unprecedented drying.”

CFACT tapped into our network of policy experts and learned that Team Warming’s latest drought scare is all wet.  Check out what we learned at CFACT.org.

“Lead author Kate Marvel, a climate modeler at Goddard and Columbia University, said, ‘It’s mind boggling. There is a really clear signal of the effects of human greenhouse gases on the hydroclimate…All the models are projecting that you should see unprecedented drying soon, in a lot of places.’”

However, what the data actually show is quite inconvenient for the warming/drought narrative.

In summary, the authors found that between 1950 and 1980, the signal was the opposite of what one would expect if global warming causes drought. From 1981 through the present, there was a signal so small that it was indistinguishable from background noise. The only detectable signal connecting warming temperatures and drought was during a period 100 years ago, when temperatures were cooler than today. The warming since then has not caused any detectable drought.

Hysterical pronouncements by Senator Boxer and the rest aside, the weather in recent years continues to be historically normal.  It is no more extreme than ages past.

Occasional extreme weather emergencies can be devastating, but are also historically normal.  All the inefficient electric vehicles, solar panels and wind turbines in the world can’t change that, though they can make it harder to cope.

As we said at CFACT.org, “we are only seeing unprecedented alarmism, everywhere taxpayer dollars are to be had.” 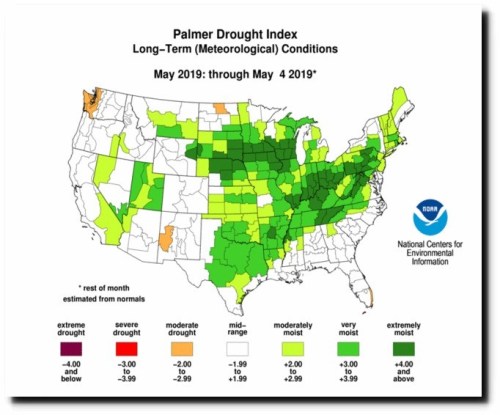 None of the US is currently experiencing severe drought. CO2 is at 410 PPM.

Compare with May 1934 – when half the US was experiencing severe or extreme drought. CO2 was 310 PPM. 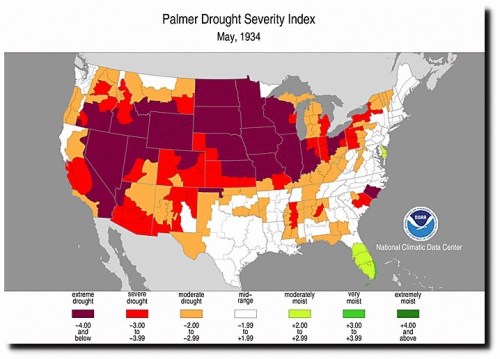 The drought was worldwide.

But since 1988, scientists have been 99% certain droughts are caused by CO2 levels above 350 PPM. 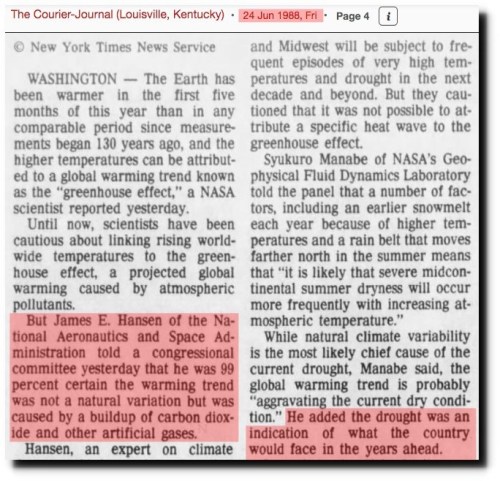 And since then, the US has been having the wettest years on record. 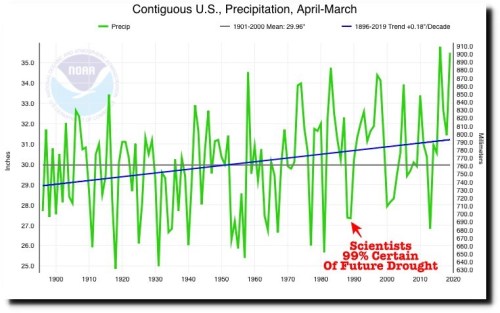 Climate at a Glance | National Centers for Environmental Information (NCEI)

Experts also say that global warming and the ozone hole killed us decades ago. 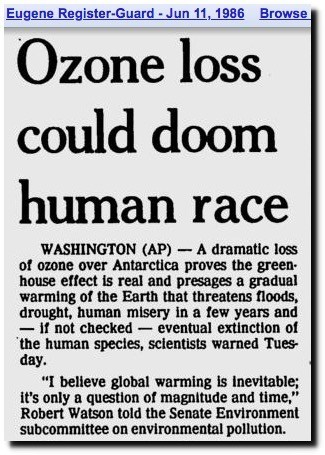 Climate scientists have no idea what they are talking about, but it is extremely racist to question anything they say.