Best known as both the home of the colossal temples of Angkor Wat and for the brutal Khmer Rouge era of the 1970s and later civil war, Cambodian history encompasses both some of humanity’s greatest artistic accomplishments and most horrific deeds.

The history is what draws most travelers here, but this Southeast Asian nation has more tourist attractions to offer for those who linger longer than a short temple hop to Siem Reap.

Beyond the temples, Cambodia is a prime destination for Southeast Asia travels that manages to charm all who come.

The coastline of sandy white beaches tempts every sun sloth. The jungle-swathed countryside is geared up for the more intrepid, and the buzzing capital of Phnom Penh envelops visitors in the frenetic pulse of contemporary Cambodian city life.

Plan your sightseeing in this fascinating country with our list of the top places to visit in Cambodia. 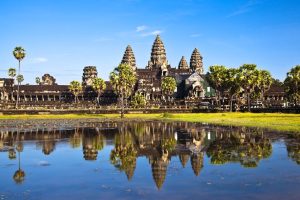 This temple city is the number one tourist spot in Cambodia.

Accessed from the town of Siem Reap, the temples of the Angkorian period are so ambitious in scale and in the majesty of their construction, that Angkor Wat is rated as one of the world’s must-see ancient sites.

Built between 802 and 1432, this was the largest city in the world during the medieval age and the vast powerhouse of the Khmer kings who endeavored to outbid their predecessors in the beauty of their construction.

As the city’s wooden dwellings were encroached and then decayed by the surrounding jungle, what remains today, are just those mighty temples.

The temple of Angkor Wat itself, the world’s largest religious building, is only one sliver of the site in total, and the sprawling circuit of temples deserves three days to explore if you want to understand the scope of the Angkorian period’s architectural achievements.

For those short on time though, the main highlights after Angkor Wat are the tree-root clasped temple of Ta Prohm (which first found international fame as a location used in the movie Tomb Raider), the Bayon Temple for its 216 stone-carved faces, Angkor Thom and Preah Khan. 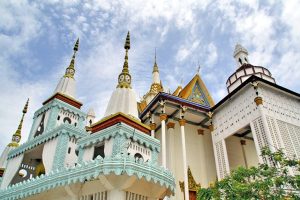 Cambodia’s capital is the frenetic heartbeat of the nation; a city of chaotic streets abuzz with motorbikes and car horns that can frazzle at first glance.

Deserted completely during the Khmer Rouge madness and left to wither and decay, Phnom Penh has bounced back to become one of Southeast Asia’s most dynamic cities.

For visitors, this is Cambodia’s most cosmopolitan destination, with a café and restaurant scene unrivaled in the rest of the country.

It’s also home to a scattering of important historic sites that help unravel both Cambodia’s modern and ancient history.

The National Museum is home to a swag of Khmer sculpture that traces the nation’s history from the pre-Angkorian age right through to the phenomenal majesty of the god-Kings of Angkor.

The Royal Palace provides gorgeous examples of traditional artistry, while Tuol Sleng Museum and the killing fields of Choeung Ek speak of the horror and brutality the people of this country suffered under Khmer Rouge rule. 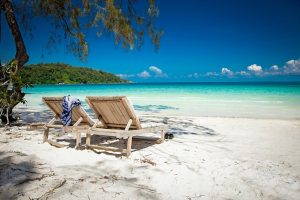 Just off Cambodia’s south coast lie a scattering of islands just as beautiful as their Thai counterparts to the west, but much less visited.

Compared to the now very developed islands of Koh Samui and Phuket, Cambodia’s islands are a slice of laid-back tropical bliss, where sun and sand take center stage, and the big resorts have yet to make their mark.

Of all the islands, Koh Rong Samloem is one of the most beautiful, with the long, sandy Saracen Bay home to a dozen beach hut resorts that offer a welcome respite from the world.

It’s really all about hammock-time here, but there’s plenty of scuba diving activities on offer for the more active. 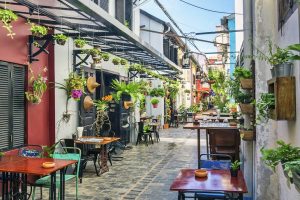 Siem Reap is usually seen by travelers as among Cambodia’s top places to visit due to it being the base for Angkor Archaeological Park, but the town itself offers more things to do beyond the mighty temples.

This is the country’s major activity center, with bundles of tours on offer, from cycle trips around the lush countryside just outside of town to Cambodian cookery tours.

Shoppers will also find plenty to keep them occupied, as central Siem Reap is brimming with opportunities to browse traditional crafts.

Make sure to visit Angkor National Museum, before heading to Angkor Wat itself, to dose up on the history of the site. The exhibits here explore the breadth of culture and artistry of the Khmer empire.

For evening entertainment while in town, don’t miss Phare The Cambodian Circus. This internationally-renowned circus troupe and social enterprise puts on dazzling shows where performers combine theater, acrobatics, and music. 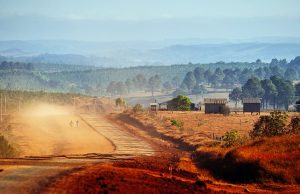 Ratanakiri is a nature-filled reprieve for travelers suffering from temple-fatigue.

This is outback Cambodia, and the endless red-dirt roads of the region, leading to ethnic minority villages, are an intrepid traveler’s delight.

For those with an adventurous streak, the province is one of the best places in Cambodia for trekking, from spotting gibbons at Veun Sai-Siem Pang Conservation Area, where overnight trips involve sleeping in hammocks and early rises to track buff-cheeked gibbons, to hiking in Virachey National Park home to elephants, tigers, and sun bears.

There’s more relaxing options on offer as well. The emerald water of Yeak Lom Crater Lake just outside of Ban Lung town is a tranquil swimming spot, while the waterfalls of Chaa Ong and Ka Tieng are fun diversions that provide more opportunities for getting wet.