Claim: Unwanted children the “fundamental cause of climate change”

Feminist icon Gloria Steinem thinks coercing women to have children they don’t want is the fundamental cause of climate change.

People argue that climate change and other issues are also feminist issues. What do we lose by broadening the meaning of the term?

“Are you kidding me? Listen, what causes climate deprivation is population. If we had not been systematically forcing women to have children they don’t want or can’t care for over the 500 years of patriarchy, we wouldn’t have the climate problems that we have. That’s the fundamental cause of climate change. Even if the Vatican doesn’t tell us that. In addition to that, because women are the major agricultural workers in the world, and also the carriers of water and the feeders of families and so on, it’s a disproportionate burden.”

California Governor Brown’s SB 32 law requiring the state to reduce greenhouse gas emissions to levels 40% below levels measured in 1990 is necessitating the development of massive numbers of new regulations and policy that will allow the state government to control and dictate virtually every aspect of Californian’s lives including:

But the SB 32 emission targets are so absurdly set that every aspect of Californian’s lives must be dictated and controlled to achieve Governor Brown’s ludicrous climate alarmist driven goals.

This huge escalation in emissions reduction as well as the shorter time period for accomplishing the reduction to achieve California’s 2030 greenhouse gas emissions goal means that every sector of the states economic activity will be mandated to undertake unprecedented, hugely costly and far reaching measures to contribute toward trying to meet these politically contrived requirements.

But what does the impact of California’s massive new government bureaucracy and costly effort to achieve its SB 32 emissions reduction goals mean relative to the global greenhouse gas emissions levels?

The 2016 EIA IEO report documents that global CO2 emissions in 2030 are forecast to be 39,103 million metric tons of CO2 with these emissions levels dominated by the developing nations lead by China and India.

California’s greenhouse gas emissions are comprised of about 84% CO2 which means that the reduction of CO2 between SB32 and AB 32 is about 144 million metric tons of CO2 by year 2030.

Thus the California SB 32 CO2 reduction target is less than 0.4% of the global CO2 emissions EIA forecasts for year 2030 which is truly trivial and insignificant. This level of reduced emissions has no meaningful impact whatsoever at a global scale.

Those attempting to argue that other countries will follow California’s lead in emissions reduction are completely out of touch with reality with what the world’s largest and fastest growing emissions countries are now doing regarding the increased use of coal fuel on a global basis.

China is now generating electricity using coal fuel at record high levels and in addition is engaging in efforts with other countries such as Pakistan to build large numbers of coal plants in that country.

China also has an on-going global strategy based on building coal power and was involved in 240 coal power projects in 65 countries between 2001 and 2016.

A new paper concludes  that India will rely upon use of coal fuel as its energy mainstay for the next 30 years.

Africa has announced plans for building more than 100 new coal plants to address its severe energy shortages that are contributing to the dismal economic condition of many of its countries.

The idea that many other world countries that desire high energy growth using coal fuel regardless of the greenhouse gas emission levels are going to abandon their enormous existing use and future growth of coal fuel because of California’s ridiculous climate alarmist driven schemes is totally absurd.

A recent series of articles in the L. A. Times outlined the massive regulatory and policy change impacts that SB 32 will impose upon the people of California here, here, and here.

In these articles extraordinary admissions are noted from the states leaders about the complete lack of knowledge, expertise and experience of the state government needed to achieve these escalated emissions goals demonstrating that these leaders are cavalierly plunging ahead with SB 32 politically driven emissions reduction mandates:

without regard to the massive economic consequences,

without clear understanding of how these emission levels can be achieved,

without any mention of the global irrelevance and meaningless of the outcome of achieving these state emission reduction goals.

The state governments monumental arrogance in moving forward with SB 32 is characterized in the following observations contained in the Times articles:

Serious concerns about the economic damage the states emissions goals could create were noted in the Times articles as well:

State Senate leader Kevin de Leon’s quote in a recent article captures an astounding display of climate alarmist elitism that shrugs off as unimportant the huge yet unknown impacts of the states emission mandates on its 37 million residents.

The state doesn’t know what it’s doing but Senate leader Kevin de Leon has decided “The debate is over”.

The Times articles address how SB 32 emissions goals will have dramatic impacts mandating increased housing density and significantly decreased motor vehicle use in California requiring many tens of billions of dollars in expenditures across the state to accomplish.

The Times articles further address the unknowns and uncertainty regarding how the huge reductions in driving miles and transportation emissions related required decreases can be achieved.

The states agricultural industry will also be dramatically impacted by SB 32 mandates as noted in the Times articles.

Perhaps the most ridiculous and absurd comment regarding the value of the SB 32 emission reduction mandates contained in the Times articles was the following:

How can any rational person credibly claim that China, India and other energy hungry developing nations of the world are going to “export” the folly of California’s climate alarmist policies to their countries?

California has now created a world where Governor Brown, Senate leader Kevin de Leon and Air Board Chairwomen Mary Nichols will determine at huge cost and without the appropriate knowledge, expertise, planning and communication how everyone of the 37 million people of the state must live every aspect of their lives to meet meaningless climate goals with the resulting massive sacrifices that will impact California citizens having no consequence on the global emissions stage.

California is proceeding down this absurd emissions reduction path while the “science” supposedly supporting climate alarmism claims is crumbling with global climate models shown to be flawed and failed by climate scientist testimony before Congress and UN IPCC acknowledgements of the undeniable truth that it is impossible to create credible global climate models which, in fact, has been the case for the last 25 years.

Finally NOAA 2016 updated coastal sea level rise tide gauge data shows no acceleration in sea level rise along the California coastline or anywhere else despite false claims by the UN IPCC that man made emissions have been increasing rates of sea level rise since the 1970’s.

California’s politically driven climate alarmist emissions reduction goals are meaningless and completely unnecessary and threaten to produce massive damage to the states economy and to the lives and freedoms of all of its 37 million citizens.

Theresa Wants To Lead The Fight Against Climate Change–But Won’t Tell Us How! 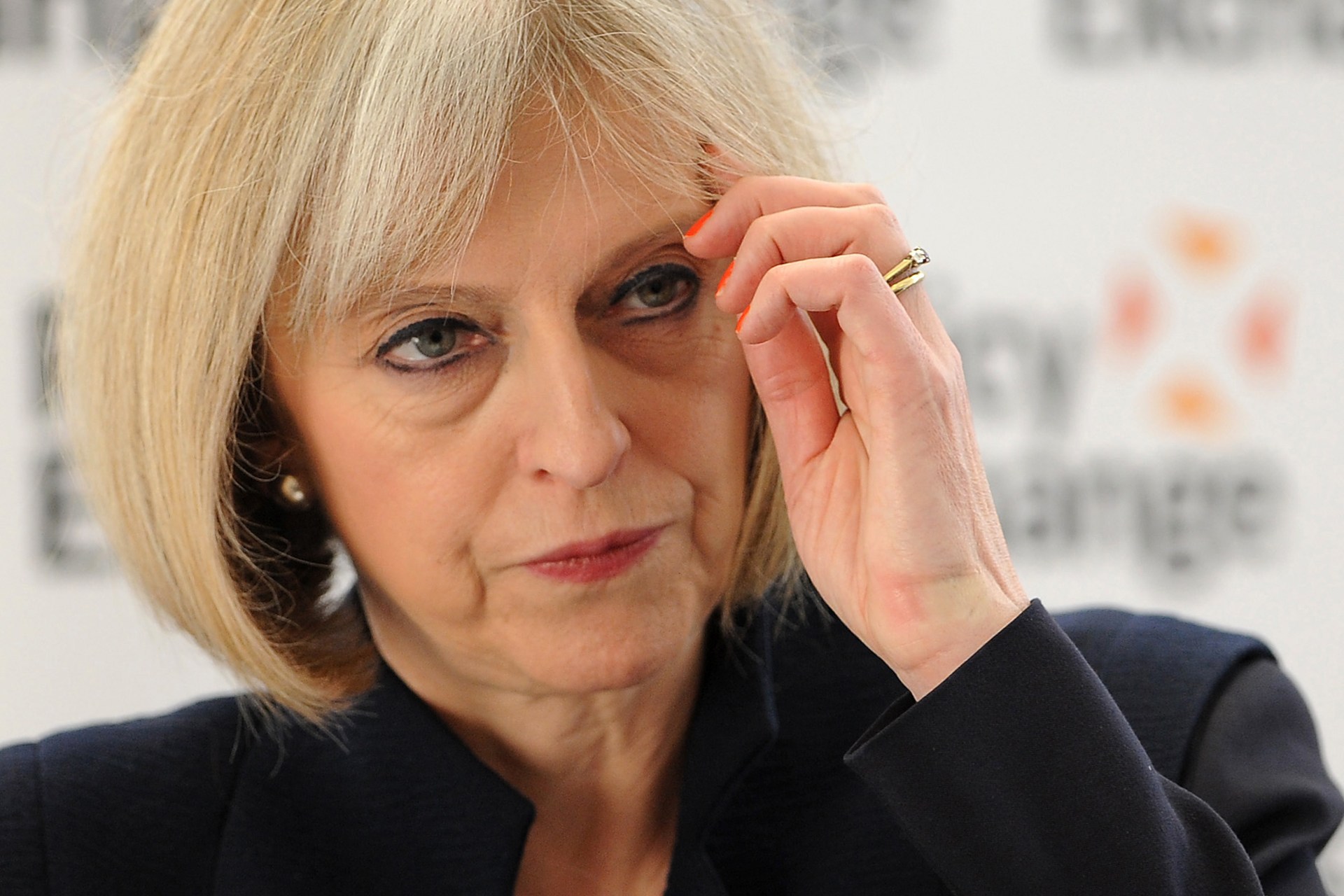 The Tory manifesto also contains the above statement.

On the face of it, if we have got half way in 27 years, it should not be hard to get the rest of the way in the next 33. But, unfortunately, it is not quite as simple as that!

Moreover, the low lying fruit has already been picked.

In 1990, coal generation accounted for 68% of total power, with virtually no CCGT at all. Long before the Climate Change Act the dash for gas in the 1990s, built upon cheap North Sea gas, quickly began to supplant coal (and oil as well).

Last year, gas accounted for 42%, with coal down to 9%. This switch has been responsible for a good chunk of reduced emissions. Clearly, with coal nearly off the scene, there is little scope for such savings in future.

Secondly, energy consumption by industry has plummeted by 33% since 2000. Much of this must be due to offshoring. BEIS optimistically assume that energy demand from industry will remain pretty much stable in coming years !

Needless to say, the Tory manifesto does not give an inkling as to how we are supposed to eliminate most of our emissions in the next 33 years.