“Our globally-averaged trend is now about +0.12 C/decade, while the new RSS trend has increased to about +0.17 C/decade,” Dr. Roy Spencer wrote on his blog Thursday.

“Note these trends are still well below the average climate model trend for [the lower troposphere (LT)], which is +0.27 C/decade,” wrote Spencer, who co-manages satellite-derived temperature data out of the University of Alabama-Huntsville.

RSS data is now closer to the climate model trend, but the models still run warmer for the lowest few miles of the atmosphere.

In recent years, prominent climate scientists have had to reconcile with a growing mismatch between climate model predictions and the observational temperature record.

“Over most of the early twenty-first century, however, model tropospheric warming is substantially larger than observed,” reads a recent study led by climate scientist Ben Santer from Lawrence Livermore National Laboratory.

While some scientists, like Christy, say the mismatch shows a fundamental flaw with the climate theory, Santer argues the mismatch is caused by “systematic deficiencies in some of the post-2000 external forcings used in the model simulations.”

Scientists Carl Mears and Frank Wentz, who manage RSS data, were part of Santer’s study, and have now updated their satellite data bring. Their updates bring the observed warming trend closer to the models.

Mears and Wentz used models tuned to empirical measurements to correct for the decaying satellites orbits, which can influence temperature readings. Mears said “the new satellite data are in better agreement with the surface data,” Carbon Brief reported in late June.

Before the updates, RSS showed virtually no warming after 2002 — a period known as the “hiatus” — and was often used by man-made global warming skeptics as a counterpoint to the warmer surface temperature record.

“We have a paper in peer review with extensive satellite dataset comparisons to many balloon datasets and reanalyses,” Spencer wrote. “These show that RSS diverges from these and from UAH, showing more warming than the other datasets between 1990 and 2002 – a key period with two older MSU sensors both of which showed signs of spurious warming not yet addressed by RSS. I suspect the next chapter in this saga is that the remaining radiosonde datasets that still do not show substantial warming will be the next to be ‘adjusted’ upward.”

“The bottom line is that we still trust our methodology,” Spencer wrote. “But no satellite dataset is perfect, there are uncertainties in all of the adjustments, as well as legitimate differences of opinion regarding how they should be handled.”

The summer in Norway has been colder than normal, so was the spring. According to Kristin Halvorsen, a former minister of an incompetent, corrupt Norwegian, leftist government, – the reason it has been colder is: “Because their climate policy has started to work ..”

In 1994 she also said: “We should not apply for membership in the EU., instead we should stay outside and create 200 000 Norwegian jobs where people could sit all day, producing environmentally friendly water pumps ..”

Do you think Norwegian politicians could get even stupider? 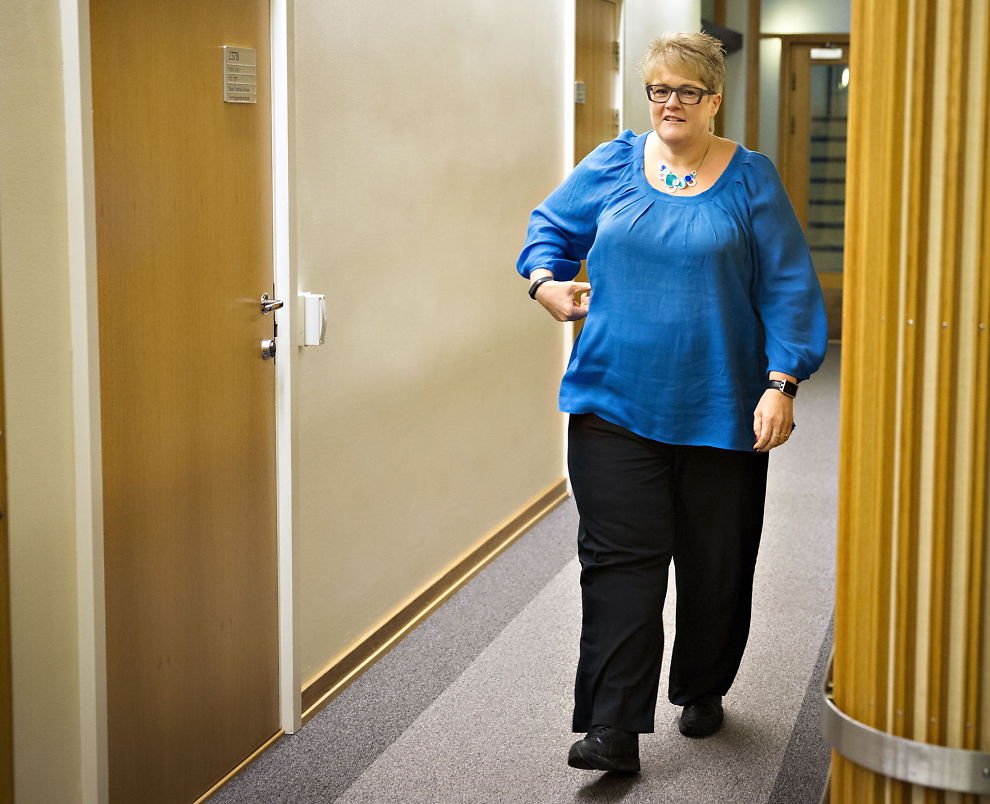 This Norwegian politician, Trine Skei Grande, leader of Venstre (V) allegedly has said, – wait for it ..

“Opening hours to sell beer should be shorter in order to save the climate”.

Yes, you read that right!! Now their party (Venstre) has decided to close shops legal sale of beer 30 minutes earlier each day. You can’t make this shit up!

The Global Warming, or “Climate Change,” hoaxers aren’t going to like this new information that has become available. Why? Because, once again, their outrageous claims about the Earth warming are once again proven to be bogus.

Of course, as any sane person knows, the climate has been changing since the day Mother Earth was born, but that never stops the hungry climate change scientists and activists who wouldn’t be employed otherwise. The Daily Caller reports on the new information just made public:

RSS data is now closer to the climate model trend, but the models still run warmer for the lowest few miles of the atmosphere.

In recent years, prominent climate scientists have had to reconcile with a growing mismatch between climate model predictions and the observational temperature record.

These “climate change” alarmists have been screaming about the dire future of the planet if the government DIDN’T DO SOMETHING NOW to stop global warming or cooling or whatever lie they claim in any specific year. Even though data has proven them wrong for years, it doesn’t stop them.

They keep creating these “predictive” models that are wrong when compared to the actual data yet no one shuts them down. Taxpayers are forced to keep funding them against our will.

Eventually, someone will have the cajones to say ‘enough is enough’ and tell them to ‘go fund themselves.’

Putin on Paris Agreement: ‘We should be grateful to President Trump. In Moscow it’s raining and cold’ 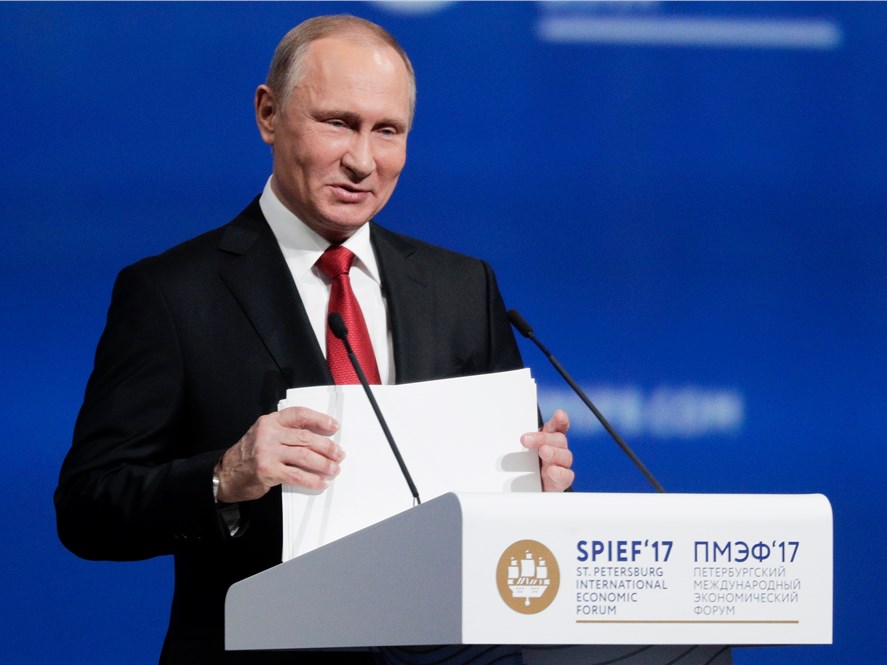 Russian President Vladimir Putin joked about President Donald Trump’sdecision to pull the US out of the Paris climate accord, the landmark international agreement intended to limit global warming, saying Russia should be grateful to the US because it’s been so cold in Moscow.

“By the way, we should be grateful to President Trump. In Moscow it’s raining and cold and even, they say, some snow,” Putin told an audience at the St. Petersburg International Forum on Friday.

“Now we could blame this all on American imperialism, that it’s all their fault,” he continued. “But we won’t.”

Putin also argued that critics of Trump’s decision were overreacting and that there’s still time to renegotiate the agreement before it goes into effect in 2021.

“Don’t worry, be happy,” Putin said, adding, “We still have time. If we all work constructively, we can agree on something.”

Other world leaders, however, have condemned Trump’s decision to pull out of the agreement, which he announced on Thursday afternoon. And in an unusual joint statement, the leaders of France, Germany, and Italy roundly rejected Trump’s claim that the deal could be renegotiated.

“We deem the momentum generated in Paris in December 2015 irreversible and we firmly believe that the Paris Agreement cannot be renegotiated, since it is a vital instrument for our planet, societies and economies,” the statement said.

Although Putin has argued that climate change is not man-made, Russia is a party to the Paris climate accord. The US now joins only Syria and Nicaragua as non-signatories to the agreement.