The record snowfalls of 2018 that are sweeping across the Northern Hemisphere and continuing the growth trend in winter snowfall levels provide yet more compelling evidence that the UN IPCC AR5 WG1 climate report and models are flawed because this report concludes that future snowfall level trends will only decline.

NOAA Northern Hemisphere snowfall recorded levels in the last 10 or more years show increasing trends in winter snowfall over the prior such period in both North America and Eurasia with 2018 snowfall records likely further adding to these trends.

These real world snowfall level trends suggests that climate models are both unreliable and inadequate for representing global climate and thus inappropriate for use by governments in establishing costly and unjustified global climate policy.

The AR5 WG1 report concludes in the Executive Summary of Chapter 12 Long-term Climate Change the following major finding regarding the relationship between global warming and snowfall level trends in the Northern Hemisphere:

Additionally the AR5 report further notes in the same Chapter at section 12.4.6.2 Changes in Snow Cover and Frozen Ground:

“Future widespread reductions of SCE (Snow Cover Extent), particularly in spring, are simulated by the CMIP3 models (Roesch, 2006; Brown and Mote, 2009) and confirmed by the CMIP5 ensemble (Brutel-Vuilmet et al., 2013).”

Note that the phrase “Future widespread reductions, particularly in spring” clearly suggests snowfall trend declines in other seasonal periods with those being fall and winter.

These many sections of the AR5 WG1 report only address the issue of declining snowfall level trends in the Northern Hemisphere that have occurred since the mid 20th century and that are projected by climate models to experience “widespread reductions” in the future.

Actual snowfall recorded levels in winter (and fall as well) do not support a future of declining snowfall level trends as claimed by the AR5 report.

The world of climate alarmism supported by the main stream media have claimed that global warming is responsible for increasing recent record cold and snowfall levels. 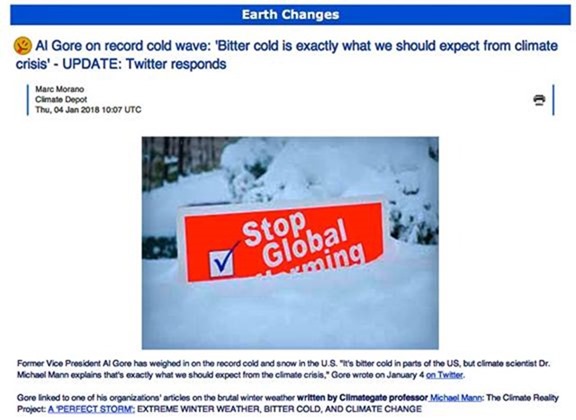 These claims are both unsupported and contradicted by the UN IPCC AR5 WG1 report findings and conclusions which are completely silent on any connection between global warming and increasing snowfall level trends in the Northern Hemisphere.

The climate science discrepancy between the AR5 reports exclusively declining snowfall level trend findings and conclusions versus the real record 2018 and prior years increased snowfall level trends demonstrates that the science behind the UN IPCC AR5 WG1 climate models is flawed and failed.

This climate science discrepancy in fact represents two failures for the world of climate alarmism.

Second – the real world results of 2018 increased snowfall which will likely add further to increasing winter trends of Northern Hemisphere snowfall levels demonstrates that the UN IPCC AR5 WG1 findings and conclusions are flawed and failed and that climate models used to arrive at these conclusions are inadequate for determining global climate outcomes.

If you have been enjoying the sunshine and mild air with temperatures in double figures to start this week, your thoughts might be turning to spring, especially with the lighter mornings. However, there are more and more steady signs on the forecast models for a spell of bitter cold to reach the UK from the east, drawing air from Russia or Scandinavia. 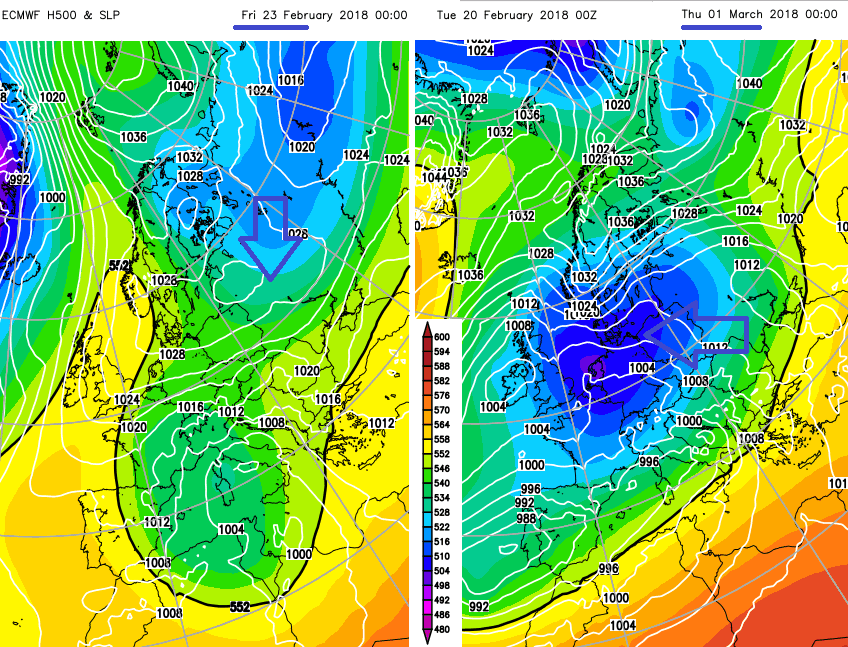 The end of this week will be cooler with a return to night-time frosts and daytime temperatures around 4 or 5C. A brisk, chilly east to NE wind will also pick up, making southern Britain feel colder. However, it is next week when the proper cold looks to set in. Some of the charts appearing, yet still varying run to run, have been quite phenomenal with the depth of cold reaching the UK. There is still plenty of uncertainty about how cold it could become, how long the cold spell will last and whether there will be any significant snowfall. Eastern and southern areas are more at risk in this setup, than the far NW.

By the end of February, some people would hope the worst of the winter has passed, nature begins to re-awaken, even the meteorological calendar moves onto spring on the 1st of March. This year could bring a shock and even misery as people will struggle with a sustained cold spell, heating costs will continue, unhappy farmers, never mind if we have to add late snowfall in too. More ..