The government will fight “fake news” with new law
Culture Minister Trine Skei Grande (V) has sent a proposal for a new media responsibility act to be reviewed and hopes that it will counteract false news and hate speech.

The main objective of the proposal is to strengthen the editorial-led journalistic media role as guarantors for an open and enlightened public conversation, the Ministry of Culture writes in a press release.

Or, in english: ” – Strong and independent editorial media are the best medicine against “false news”, hate speech ..”

A question or two?

What is “hate speech”?

Who will decide what qualify as “hate Speech”?

.. and what will the punishment be for violating this new, marvelous law, if it goes through?

Same as in the UK? Ref.: Shock and outrage as the UK proposes six-year prison sentence for criticizing Islam

What kind of “religion” (of peace) needs protection of the law?

And finally, what does this proposal tell us about where the loyalty of the government lies?

What is the definition of TREASON? 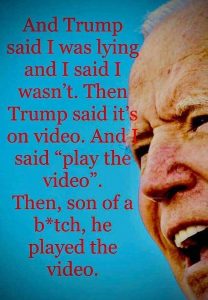