In February Facebook launched a new algorithm to ensure that conservative news would not spread on the social media platform.

In contrast, Senators Elizabeth Warren (D-MA) and Bernie Sanders (I-VT) do not appear to have suffered a comparable decline in Facebook engagement.

Top conservative Facebook pages with daily traffic in the millions have seen 75% to 95% drop in traffic since the 2016 election.

The Gateway Pundit  saw a significant drop in Facebook traffic in the last two years.

This is criminal behavior.  They take your money for advertising then shadow-ban your site.

This is the definition of a scam.

Conservative YouTube channels were deleted in a Google purgein March.

During the election conservatives fled the corrupt mainstream media and went online to get their news from trusted websites.

The left is even targeting the advertising and income of conservative websites.

Young Cons: Extremely popular conservative news site and received millions of daily readers during the election.  The website received nearly all of its traffic from Facebook. Since 2016 Facebook shut down stories to Young Cons.  Each algorithm change meant less traffic for the popular website.  YoungCons was blacklisted by Facebook and struggles to maintain readers.  The site regularly switches domains to save traffic. — Update–  YoungCons recently closed shop.  Facebook did this.

SarahPalin.com: With over 4 million fans one of the popular conservative pages on Facebook until Facebook blocked all traffic to the website.  The page was forced to change the domain to save traffic numbers.  Traffic has plummeted.

Right Wing News:  Right Wing News grew to an enormous website in the past few years thanks its popularity on Facebook. In July of 2015, in just a week, the Right Wing News Facebook page reached 133 million people. Because conservatives were sharing content they were interested in, Right Wing News (with 3.6 million Facebook likes ) was driving the same amount of web traffic as some of the biggest newspapers in America.  Since the 2016 election Facebook blocked traffic to the website.  Owner John Hawkins announced he was shutting down the website in January.

The Gateway Pundit: TGP was ranked as the 4th most influential conservative publisher during the 2016 election. The site in 2016 received nearly a third of its traffic from Facebook. In March Facebook blocked all trafficfrom recent stories to the website. TGP advertised with Facebook and is another top conservative website blacklisted by the company. TGP is also shadow-banned by Google and frequently attacked and smeared by the liberal media.  TGP writers Jim Hoft, Cassandra Fairbanks and Cristina Laila were all shadowbanned by Twitter.

Breitbart.com: Breitbart was the most influential conservative news source in 2016 with a massive audience.  Since the election Breitbart is constantly targeted and smeared by far left operations.  Breitbart advertising was targeted by Sleeping Giants and other Soros sites.

InfoWars:  Infowars is another dominant conservative site with enormous traffic.  After several years of video production and tens of thousands of video YouTube gave Infowars its third strike in March and threatened to shut the YouTube Channel down.  In August YouTube, Facebook, Apple and Spotify colluded and eliminated Infowars in a 12 hour stretch.

Natural News: A very prominent health website and the world’s top source on natural health. The site receives tens of thousands of readers every day. YouTube wiped out over 1,700 videos covering everything from nutrition, natural medicine, history, science and current events. From a reader: You Tube deleted Natural News Channel. It’s conservative and full of info on health, too. I took a screen shot. I’m very upset. My husband has aggressive cancer from. Agent Orange and I depended on this channel for his diet among other things. The man, Mike Adams, is literally a genius, and I mean literally, and he is very conservative.

Prager Report:  PragerU, a conservative educational site, is suing Google and its subsidiary YouTube, accusing the video site of censoring its online videos because of their political leanings.  YouTube has banned several of its videos including segments on abortion and Islam.   Prager U has a massive conservative audience in the millions.  This week Prager U was blocked by Facebook.

Pamela Geller.com:  Pamela is well-known for speaking out against radical Islam.  ISIS has threatened to behead her several times.  During the election PG had over 100,000 daily views from Facebook.  Today Facebook has shut down most of her traffic.  Her website suffered serious losses in revenue since the election.

Diamond and Silk: Pro-Trump YouTube sensations have a suit against YouTube. The Trump supporters announced in August 2017 that 95% of their videos have been demonetized on YouTube.  In the spring of 2018 Diamond and Silk testified on Capitol Hill that Facebook had also censored their content.

These are just a few of the more prominent websites being targeted and banned by Facebook, Twitter and Google.

We have heard from other prominent websites but they are afraid if they bring attention to their plight Facebook or Google will shut down their remaining traffic.

Either the government acts to prevent this targeting or conservative websites will be eliminated in the next few years. 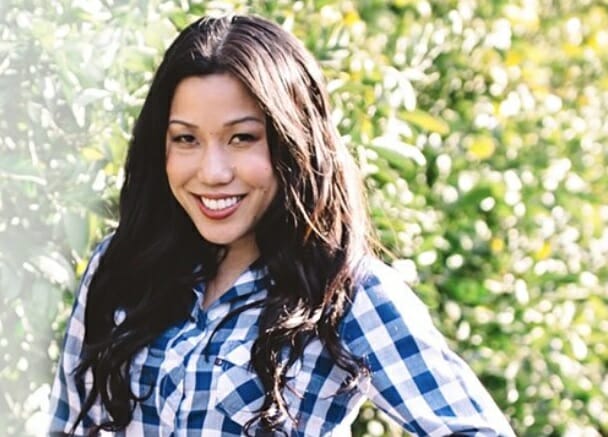 Elizabeth Heng is running for Congress in California’s 16th Congressional District as a Republican.

Elizabeth was raised in Fresno where her family instilled in her a strong work ethic. As a child, she worked at her parent’s Asian grocery store. She attended public school and was class Valedictorian at Sunnyside High School in Fresno, California.

Last week Elizabeth Heng posted a video describing scenes of horrific events her parents went through in Cambodia.
Her parents escaped the Communist regime in Cambodia to resettle in California. More …

‘Inside the Issues’: DePaul professor Jason Hill on why it seems the left and others, via Big Tech, seem to be increasingly censoring those whose view they oppose. #Tucker

This is nothing new, this is how weak and corrupt systems of the Nazi-Left always ends, doesn’t matter what name you dress up their evil and unjust political systems with, it always ends in rivers of blood, mass graves and endless suffering.