The Clean Power Plan – designed to be the centerpiece of his presidency-defining mission to combat climate change – has been watered down to the point of irrelevance by the Environmental Protection Agency (EPA).

Replacing it is the snappily-named Affordable Clean Energy (ACE) rule.

On August 21, 2018, the U.S. Environmental Protection Agency proposed the Affordable Clean Energy (ACE) rule which would establish emission guidelines for states to develop plans to address greenhouse gas emissions from existing coal-fired power plants. The ACE rule would replace the 2015 Clean Power Plan, which EPA has proposed to repeal because it exceeded EPA’s authority. The Clean Power Plan was stayed by the U.S. Supreme Court and has never gone into effect.

The ACE rule has several components: a determination of the best system of emission reduction for greenhouse gas emissions from coal-fired power plants, a list of “candidate technologies” states can use when developing their plans, a new preliminary applicability test for determining whether a physical or operational change made to a power plant may be a “major modification” triggering New Source Review, and new implementing regulations for emission guidelines under Clean Air Act section 111(d).

As Daily Caller reports, the idea behind the Clean Power Plan was to implement Obama’s carbon dioxide emission reduction commitments made when he signed the Paris Climate Accord.

The Obama administration joined the Paris climate accord in 2016, promising to cut U.S. greenhouse gas emissions 26 to 28 percent by 2025. The CPP would have played a large role in meeting that goal, though more regulations were likely needed to cut emissions by that much.

However, the CPP never went into effect. The U.S. Supreme Court issued a stay against implementing the rule in early 2016 after 27 states and a whole host of industries and conservative groups filed suit to have it overturned.

The CPP required states to come up with plans to reduce carbon dioxide from existing power plants, aiming to cut emissions 32 percent below 2005 levels by 2030. EPA says ACE will achieve similar levels of emissions cuts once fully implemented.

This will indeed by good for U.S. industry, especially in the coal states which would otherwise have been hit hard.

“The EPA’s proposed replacement rule is a huge improvement over the so-called Clean Power Plan, which is almost certainly illegal and would be incredibly costly to consumers if implemented.  The new rule provides minimal regulation of greenhouse gas emissions from existing power plants and will therefore result in only small increases in electric rates. It will also do no more harm to the coal industry, which still supplies 30% of America’s electricity at the lowest costs.”

But the situation is still not ideal.

Arguably the most damaging of all Obama’s climate policies is still live and dangerous: the EPA’s notorious 2009 CO2 Endangerment Finding.

The reason it is so dangerous is that it declares that CO2 – hitherto recognized as a harmless and often beneficial trace gas – as a hazard requiring government regulation. Thus it gives carte blanche to any future left-wing administration to hamstring the U.S. economy once more with onerous regulations like the ones Trump and the EPA have just rescinded.

“The one Obama era rule that still needs to be revisited is the endangerment finding that labels life-giving carbon dioxide as a threat to public welfare,” former Trump transition official Steve Milloy told The Daily Caller News Foundation.

So far, the EPA has shown itself reluctant to take on the Endangerment Finding. This suggests that the Trump administration doesn’t have the appetite to take on the “science” of global warming.

But according to the CEI’s Myron Ebell this may yet be necessary – if and when the the new ACE rule gets thrown out of court.

“We think that granting the petition remains the best option if the court decides that the new rule doesn’t do enough to reduce carbon dioxide emissions from coal and natural gas power plants,” said Myron Ebell, director of CEI’s Center for Energy and Environment.

As one of Obama’s former EPA administrators Gina McCarthy said earlier this year, undoing all Obama’s climate policies will be a “difficult slog.”

For once she wasn’t wrong.

Delingpole: Trump – ‘What Happens When the Wind Doesn’t Blow?’ 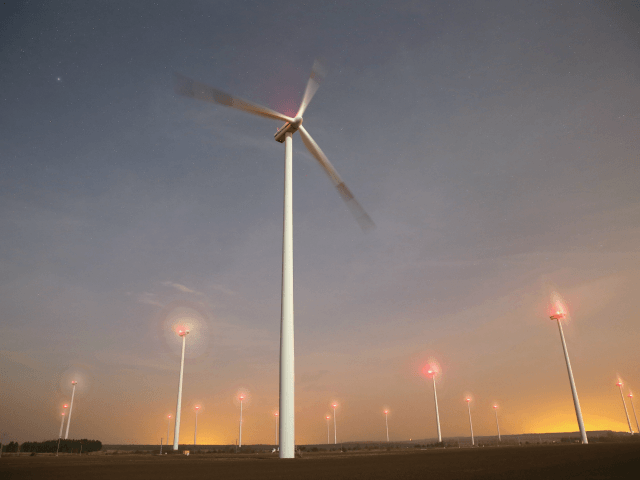 Donald Trump has asked the question which the renewables industry would rather not answer: “What happens when the wind doesn’t blow?”

He was speaking at a fundraiser for the outstanding GOP Congresswoman Claudia Tenney in Utica, NY, last week. His remarks on coal and the wind industry, especially, are causing liberal heads to explode.

Here’s the transcript of Trump’s remarks at a New York fundraiser last week about coal and windmills. pic.twitter.com/ADckyr4IET

This is classic Trump: trolling his enemies, showering love on the base, inventing new words and – behind a mask of apparently guileless stream-of-consciousness – slipping in some really quite serious, informed and perceptive remarks about the energy industry.

His critics can barely contain their fury that the president they hate is getting away with using words that aren’t in the dictionary.

I’ve never heard that word and the Internet doesn’t seem to have either. Even if he meant or said “subsidiary,” it doesn’t seem that word is ever used to mean a beneficiary of a subsidy. @RobinSimcox

Every time they play this game, Trump wins. It makes them look petty, arrogant, condescending: after all, everyone knows what Trump meant when he coined that word, so what’s the problem?

Meanwhile, Trump gets on with the business that really matters. His mission to Make America Great Again is only going to succeed if he can carry the people with him. So he doesn’t just need to do what he needs to do. First, he has to explain why it needs to be done. And Trump is really good at this. It’s one of the reasons his critics find him so maddening. While they are pointing fingers, going “He’s so dumb. So vulgar. And that word doesn’t even exist”, Trump is delivering a potted economics lecture better than anything you’d ever hear at Yale or Harvard.

“What happens when the wind doesn’t blow?”

It’s kind of key, wouldn’t you say? If – as the greenies, the rent-seeking renewables troughers and their useful idiots in the media keep trying to tell us – wind is going to provide the “clean” energy that enables us to “transition” from “dirty” fossil fuels, what are we supposed to do in those long, long intervals when the wind isn’t blowing?

And the answer – which the industrial wind industry would, of course, prefer us not to think about – is that fossil fuel power needs to be on standby, 24/7 to make up the shortfall.

So, as Trump correctly points out in his punchy, accessible way, wind is intermittent, uneconomic and doesn’t actually replace fossil fuel power.

As he also correctly points out, wind turbines – aka bat-chomping, bird-slicing eco-crucifixes – kill avian fauna on an industrial scale.

Here’s what Oxford ecologist Martin Hambler had to say on the subject in the Spectator:

Every year in Spain alone — according to research by the conservation group SEO/Birdlife — between 6 and 18 million birds and bats are killed by wind farms. They kill roughly twice as many bats as birds. This breaks down as approximately 110–330 birds per turbine per year and 200–670 bats per year. And these figures may be conservative if you compare them to statistics published in December 2002 by the California Energy Commission: ‘In a summary of avian impacts at wind turbines by Benner et al (1993) bird deaths per turbine per year were as high as 309 in Germany and 895 in Sweden.

Because wind farms tend to be built on uplands, where there are good thermals, they kill a disproportionate number of raptors. In Australia, the Tasmanian wedge-tailed eagle is threatened with global extinction by wind farms. In north America, wind farms are killing tens of thousands of raptors including golden eagles and America’s national bird, the bald eagle. In Spain, the Egyptian vulture is threatened, as too is the Griffon vulture — 400 of which were killed in one year at Navarra alone. Norwegian wind farms kill over ten white-tailed eagles per year and the population of Smøla has been severely impacted by turbines built against the opposition of ornithologists.

Nor are many other avian species safe. In North America, for example, proposed wind farms on the Great Lakes would kill large numbers of migratory songbirds. In the Atlantic, seabirds such as the Manx Shearwater are threatened. Offshore wind farms are just as bad as onshore ones, posing a growing threat to seabirds and migratory birds, and reducing habitat availability for marine birds (such as common scoter and eider ducks).

Only a scumbag of the first water would ever wish to profit from this vile industry. Only a complete ignoramus could be in favor of it.

Hating wind turbines really is one of the key litmus tests for any intelligent, civilized person. Trump passes with flying colors. He really, really, really hates the wind industry. And as so often, he’s dead right.