CHILDREN might be able to now ski in summer, but don’t expect to read about this in the mainstream media. They are only interested in hot weather to push their CO2-centirc, global warming agenda…

Heavy snow fell above 1500 metres across the European Alps this weekend with a number of destinations reporting over 40cm of the fluffy white stuff.

While it is still summer in Europe, temperatures dropped over 15 degrees and dipped into the negatives in less than 24hrs. Germany’s highest peak, The Zugspitze – at 2962m above sea level – recorded 25cm of snow whilst thermometers hit negative 7 degrees.

Although skiing remains possible across half a dozen glacier dependant ski fields throughout Austria, Italy and Switzerland, the snowfall came just days after these areas were recording temperatures in the 10’s and 20’s, with parts of Germany expecting temperatures to reach 30 degrees by mid-week.

The result of the cold front that swept across many of these resorts and throughout Central Europe is perhaps best summed up in the below images… Feast your eyes and enjoy!

Ski season starts in… August: European heatwave comes to an abrupt end as snow falls in Germany and Austria

There’s been a dramatic plunge in temperature across parts of Europe where searing heat has suddenly given way to heavy snowfall of up to 40cm – despite it still being summer.

About 25cm of snow was dumped on Germany‘s highest peak, the Zugspitze, where temperatures reached a decidedly chilly 19.4F (-7C) yesterday

Grainau, southern Bavaria, Germany: A man drives with a snow plough on the summit of the Zugspitze over the observation platform 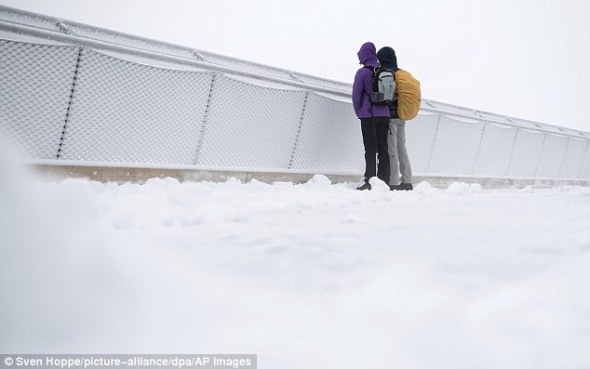 Heavy snow fell above 1,500 metres across the European Alps over the weekend, ‘with a number of destinations reporting over 40cm of the fluffy white stuff’

SNOW Falls in the UK, Lows of -2C Recorded – Electroverse

SNOW is also falling on Calgary and Alberta too. 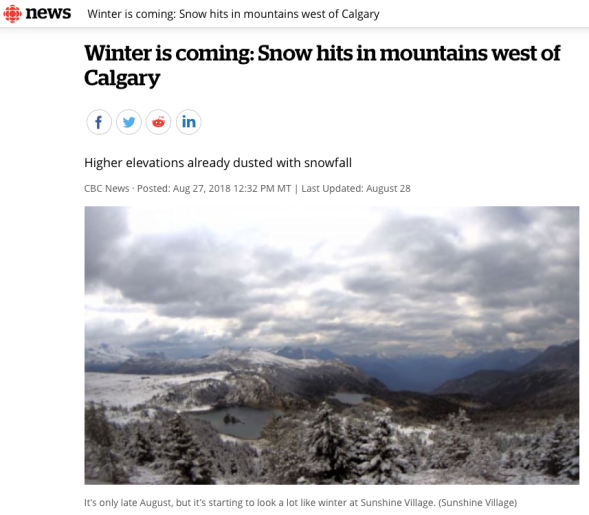 LOCALS are a bit surprised: 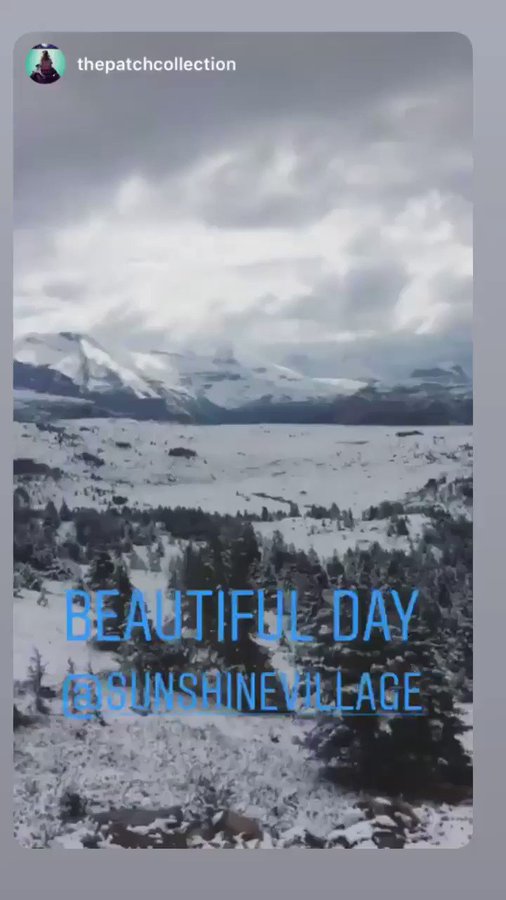 The countdown to the 2018/19 ski season has officially started! 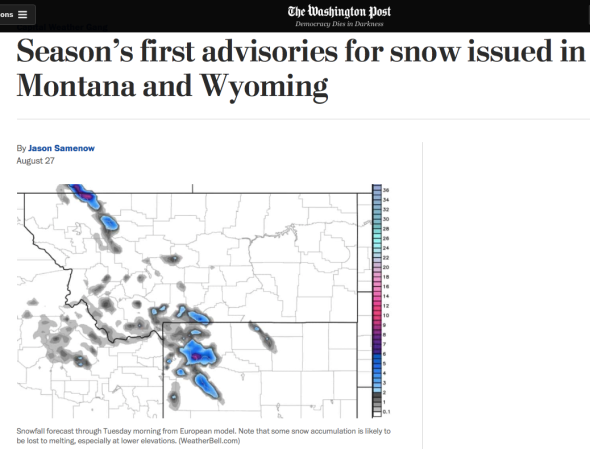 Winter may still be a few months away, but snowfall in the United States has begun. Last night Jackson Hole Mountain Resort saw the first snow of the season with minimal accumulation at higher-elevation and in the resort’s famed, “Cody Bowl.” With colder temperatures on the horizon, we can expect to see more reports of snow coming in from around the country soon. 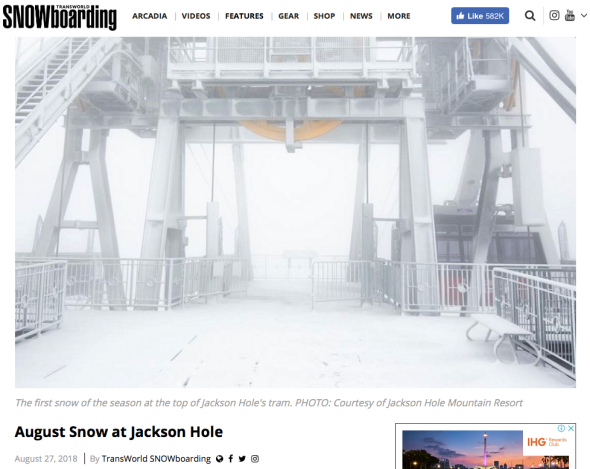 Saudi Arabia: Snowfall In The Middle Of Summer – Electroverse

Mount Kurodake in the town of Kamikawa, the northernmost prefecture of Hokkaido, had its first snow of the season on Aug 17, the earliest snowfall since records began in 1974.

“Teeth-chattering,” “biting,” and “stinging” cold are just a few of the adjectives the Farmers’ Almanac is using to describe the upcoming winter, and not only in northern areas.

Unlike the Old Farmers’ Almanac that makes weather predictions through a combination of animal signals, chicken bones, pig spleens and other weather lore, the Farmer’s Almanac bases their outlook on a “mathematical and astronomical formula” dating back to 1818 that takes sunspot activity and other astronomical anomalies into account.

“Contrary to some stories floating around on the internet, our time-tested, long-range formula is pointing towards a very long, cold, and snow-filled winter,” reports Editor and Philom., Peter Geiger, adding, “we stand by our forecast and formula, which accurately predicted most of the winter storms last year as well as this summer’s steamy, hot conditions.”

An Arctic cold front is forecast to produce blustery and bitter winds, a sharp drop in temperature, and widespread snow showers/squall activity along and ahead of the frontal line.

Snow may start early in New England and Mid-Atlantic regions during December 2018.

Above-normal snowfall is predicted for the Great Lakes states, Midwest, and central and northern New England.

While the Pacific Northwest and Mid-Atlantic regions of the country are also forecast to have an abundance of snow and wet/icy conditions this winter.

“According to the calendar, spring 2019 starts on March 20th, however, according to our outlook, winter conditions may delay spring for several weeks,” states Managing Editor and Philom., Sandi Duncan.

The Grand Solar Minimum is upon us.

MEANWHILE, down-under, where it’s winter and meant to be snowing, the powder-hounds are enjoying another bumper season! 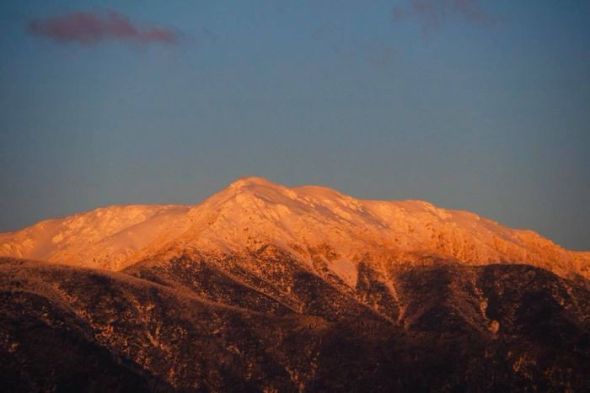 PHOTO: The majestic Mt Bogong in the Victorian high country is one of the areas enjoying great snow.

Posted about 4 hours ago

The story of the season has been of widespread drought, but if you have spoken to anyone who has come back from the ski field, they are raving about how much snow there is.

It may seem counter intuitive to have such diverse events in the same states, but this year is proving it is possible.

While the New South Wales Government has announced the whole of the state is in drought, Bureau of Meteorology senior climatologist Agata Imielska said this year is “probably the best snow depth we’ve had since 2004. So the best in 14 years”.

It is not just the NSW snowfields getting the white stuff either.

The Victorian high country has been icing-topped, there has been snow on Bluff Knoll in Western Australia, and Tasmania got snow down to 300mover the weekend.

As of Thursday, the official snow depth at Spencers Creek (NSW) is sitting at 203.9cm, well above the average for most resorts this time of year. Some Victorian resorts are also nudging to 200cm mark.

WITH snow falling across the entire planet, and another bumper snow season underway in the Australian Alps, the question must go out again to Australia’s premier scientific body – the CSIRO – who in a 2003 wrote a report part-funded by the ski industry finding that “resorts could lose a quarter of their snow in 15 years, and half by 2050. The worst case was a 96 per cent loss of snow by mid-century.“

DOES The CSIRO Still Stand By Its 2003 Snow Prediction? | Climatism

STILL yet to hear back from the CSIRO on this. Don’t hold your breath!

JO NOVA with the rub:

No doubt, climate change will be blamed for this freak weather.

PS: I see Anthony Watts has seen snow in other places as well.