The federal government has been subsidizing biofuels, primarily corn-based ethanol, since the 1970s. (Photo: Thomas Dodge/Newscom)

By Nicolas Loris and David Grogan ~

Having more options in what you buy is usually a good thing. However, E15, as it’s called, wouldn’t exist without mandates, subsidies, and preferential treatment from the federal government.

E15 is not expanding competition and choice when the federal government mandates the production and consumption of ethanol. In fact, the government is very likely hurting competition through its E15 policy by keeping potentially better alternatives off the market.

If President Donald Trump truly wants to fulfill his campaign promise to help the Farm Belt, he should instead direct the Environmental Protection Agency to reduce the amount of forced ethanol consumption and work with Congress to eliminate the ethanol mandate.

Empowering individuals is the best way to maximize the value of America’s land and resources.

The federal government has been subsidizing biofuels, primarily corn-based ethanol, since the 1970s. The whopper of the handouts is the Renewable Fuel Standard, which mandates billions of gallons of ethanol be blended into gasoline each year, with a peak of 36 billion gallons in 2022.

Most of the vehicles in the United States run with E10, which is 90 percent gasoline and 10 percent ethanol. In 2010, the EPA began allowing up to 15 percent of ethanol to be blended into gasoline for cars and light-duty trucks from model years 2007 or newer. A year later, the agency included model years 2001 to 2006.

American Petroleum Institute asserts that as many as 3 out of 4 cars on the road today are not designed for E15. Ethanol fuel can corrode the engines of older cars, leading to expensive repair or replacement bills for drivers.

As the Department of Energy warns, “E10 remains the limit for passenger vehicles older than model year 2001 and for other non-road and small engines, and vehicles that use gasoline, such as lawn mowers, motorcycles, and boats.”

Interestingly, some top corn-growing states also happen to be the states with the most motorcycles per capita.

Biofuel mandates will, in fact, harm America’s agricultural sector rather than help it.

Requiring that oil refineries blend ethanol into gasoline artificially increases the demand for corn. As the government forces producers to mix more corn products into their fuel, these producers will require more ethanol, and therefore, demand for corn will increase.

When demand for a product increases, prices increase accordingly. The prices for products in which corn is a staple ingredient increase. Livestock and poultry producers, who are particularly concentrated in the Midwest, pay more, too.

This act of government intervention harms the poorest of consumers, who see higher prices throughout the grocery store and at the gas pump, and we should instead let the free market work in this sector to lower prices.

Converting more grassland to farmland will also have an adverse environmental impact, defeating the purpose of this so-called “green fuel.”

With higher productivity on these farms, we will see a greater use of fertilizers, insecticides, pesticides, and fossil fuels for production and distribution, as well as greater soil erosion, sedimentation, and nitrogen and phosphorous runoffs.

The unwanted environmental costs of agricultural production are a solvable problem. The real problem is that biofuels have been sold to policymakers and the public as “green,” whereas in practice, they can be more environmentally damaging than petroleum-based fuels.

Environmentalist groups that once supported the use of ethanol are now arguing that the ethanol mandate is poor environmental policy.

In fact, the reason that E15 is currently prohibited from being sold from June 1 through Sept. 15 is that burning ethanol in warmer weather contributes to ground-level ozone and smog.

Refiners have to switch to pricier summer blends for the same reasons. Herein lies the problem. Biofuels shouldn’t get a special exemption while other fuels do not.

If anything, the Trump administration should address federal ozone standards, which have become increasingly controversial as it becomes more expensive to meet tighter standards with smaller marginal increases in tangible benefits.

If the Trump administration really wants to shake things up, the president should direct the EPA administrator to use the agency’s waiver authority to reduce the volumetric renewable fuel requirements to zero gallons.

The Clean Air Act authorizes the agency to adjust the volumes set by Congress as part of an annual rule-making process.

Furthermore, the statute permits the administrator to waive part or the entire volumetric requirement based on determinations of economic or environmental harm or insufficient domestic supplies.

No administrator has ever tested the limits of “significant economic or environmental harm,” despite the fact that the Renewable Fuel Standard has caused both, distorting commodity production and prices, artificially raising the price of fuel and food, and having adverse environmental effects.

Maybe ethanol and E15 can survive in a free market that allows drivers to make different fuel choices, but the current policy offers nothing close to consumer choice or open markets.

The industry will never thrive if it is continually dependent on preferential policies from the government.

The incentive to innovate and compete with other fuel sources is significantly reduced when biofuel companies have a guaranteed share of the market.

It’s a good bet that more people at Trump rallies in Iowa or elsewhere are harmed than helped by the ethanol mandate. 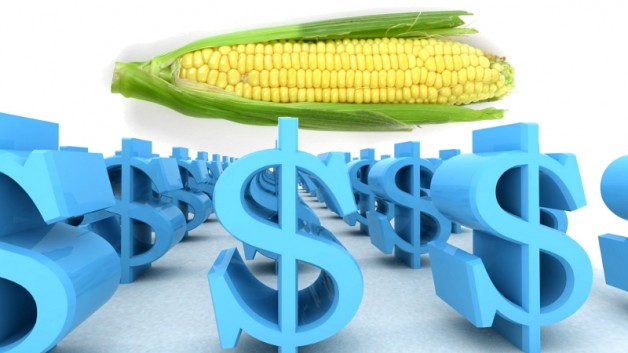 Sixteen Republican senators have come out against President Donald Trump’s plan to allow year-round sales of ethanol blended gasoline, indicating the fine line he must walk between Big Corn and Big Oil.

A bipartisan group of 20 senators, including four Democrats, have signed onto a letter imploring Trump not to lift restrictions on the sale of gasoline containing 15 percent ethanol, also known as E15. Their opposition comes as the president is widely anticipated to make the announcement on E15 sales at a campaign rally in Iowa next week.

“A one-sided approach to addressing concerns related to the Renewable Fuel Standard that favors only one industry stakeholder is misguided,” the senators wrote to Trump on Thursday. “We are concerned that doing so would do nothing to address the policies impacting refinery jobs, could hurt millions of consumers whose vehicles and equipment are not compatible with higher ethanol blended gasoline, and risk worsening air quality.”

Some of the letter’s Republican signatories included Oklahoma Sen. James Inhofe, Texas Sen. John Cornyn and Pennsylvania Sen. Pat Toomey. Many of the lawmakers come from states where the oil industry looms large.

E15 sales are currently restricted during the summer months. However, at a campaign stop in Council Bluffs, Iowa, on Oct. 9, Trump is expected to announce that he will direct his administration to lift this restriction, allowing ethanol blended gasoline to be sold year round. Such an announcement would be widely welcomed in Iowa, where corn growers in Iowa would benefit from more demand for their product.

The opposition from many GOP senators to this move exemplifies how the White House must carefully navigate between oil and ethanol interests — two big constituencies for the president, but both at odds over ethanol mandates. Oil refineries have long argued that the mandates drive up costs and lead to job losses.

While oil state lawmakers oppose lifting E15 restrictions, senators from the “Corn Belt,” such as Iowa Sens. Chuck Grassley and Joni Ernst, are much in favor of doing so. The two Iowa Republicans have been critical of former Environmental Protection Agency Administrator Scott Pruitt’s attempt in the past to roll back ethanol mandates.

The president also appears to be making the change to help boost Republicans in the state that are fighting tough re-election battles, Iowa Gov. Kim Reynolds and Iowa Rep David Young among them. In fact, Trump’s Tuesday announcement is expected to be a part of a campaign rally on behalf of Young.