Image: Sacred peer-review takes a big hit. When only a third of peer-reviewed studies reach the same results when they are replicated by outside authors, this is a serious problem.

The Climategate scandal caused independent scientists and laymen around the globe to take a much closer look at the information that was being presented in support of Anthropogenic (i.e., man-made) Global Warming (AGW), and the overwhelming conclusion was that there was no credible and conclusive evidence to support the hypothesis. And it was further shown that the scenarios predicting that the planet was nearing the tipping point for a series of catastrophic climate disasters, was totally invalidated by an examination of the facts, as well as a review of the earth’s climate history. What came to light during this investigation was the following:

The information presented below chronicles the facts that have been uncovered as a consequence of the many investigations being conducted subsequent to the original leaked East Anglia Climate Research Unit documents which triggered the Climategate scandal. A number of people have done an excellent job of summarizing the skeptics viewpoint. After reviewing the material below, I would recommend further investigation at the sources listed in the Skepticism section.

And finally, let us not forget what the UN’s Intergovernmental Panel on Climate Change (IPCC) itself said in the Executive Summary to its 2007 Working Group 1 (WG1) Forth Assessment Report (AR4): 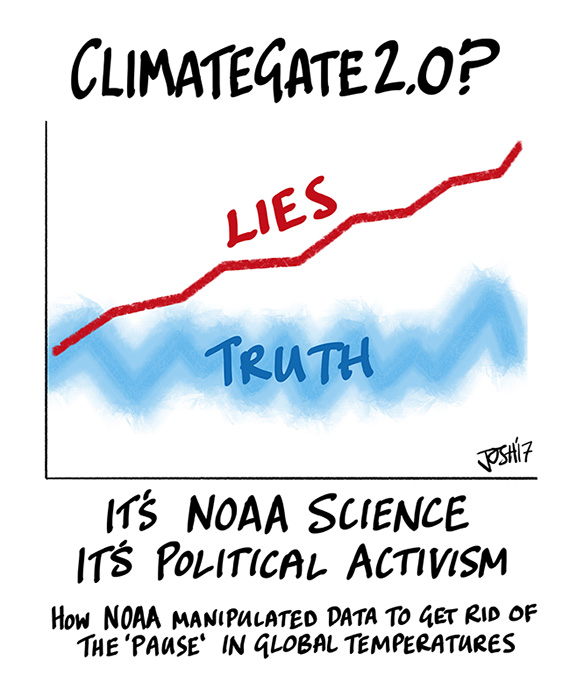 Can the heavily politicized Goddard Institute for Space Studies be reformed?

Climate hustlers tried to use the RICO law to chill the global warming debate. They used publicly funded resources that subjected them to the Freedom of Information Act. Read what they didn’t want to disclose. It’s not pretty.

CFACT’s Bonn press conference: Statement of Executive Director Craig Rucker, the UN streamed it live and there is UNFCCC on demand video available featuring Craig Rucker and Wolfgang Mueller of the European Institute for Climate and Energy (EIKE).

Two Articles Who Further Feed The Notion That The (Man Made) Global Warming Nonsense Is An Orchestrated Deception By The “Green” Rent & Grant Seeking Criminals, Sorry: Activists

In this video I make a detailed examination of the quality of the global temperature record, which all of climate science is dependent on. It is a long video, with lots of important historical information.