A groundbreaking new study published in the journal Anticancer Research reveals that one of the world’s most extensively researched and promising natural compounds for cancer treatment: the primary polyphenol in the ancient spice turmeric known as curcumin, has the ability to selectively target cancer stem cells, which are at the root of cancer malignancy, while having little to no toxicity on normal stem cells, which are essential for tissue regeneration and longevity.

Titled, “Curcumin and Cancer Stem Cells: Curcumin Has Asymmetrical Effects on Cancer and Normal Stem Cells,” the study describes the wide range of molecular mechanisms presently identified by which curcumin attacks cancer stem cells (CSCs), which are the minority subpopulation of self-renewing cells within a tumor colony, and which alone are capable of producing all the other cells within a tumor, making them the most lethal, tumoriogenic of all cells within most if not all cancers.

Because CSCs are resistant to chemotherapy, radiation, and may even be provoked towards increased invasiveness through surgical intervention, they are widely believed to be responsible for tumor recurrence and the failure of conventional treatment. 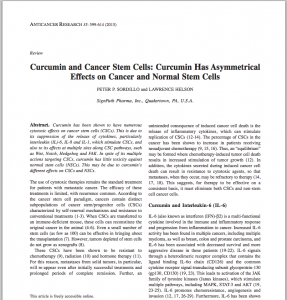 The study identified the following 8 molecular mechanisms by which curcumin targets and kills cancer stem cells:

As you can see through these eight examples above, curcumin exhibits a rather profound level of complexity, modulating numerous molecular pathways simultaneously.

Conventional cytotoxic chemotherapy is incapable of such delicate and “intelligent” behavior, as it preferentially targets fast-replicating cells by damaging their DNA in the vulnerable mitosis stage of cell division, regardless of whether they are benign, healthy or cancerous cells.

Curcumin’s selective cytotoxicity, on the other hand, targets the most dangerous cells – the cancer stem cells – which leaving unharmed the normal cells, as we will now learn more about below.

Normal stem cells (NSCs) are essential for health because they are responsible for differentiating into normal cells that are needed to replace damaged or sick ones. If curcumin were to kill normal cells, like radiation and chemotherapy, it would not provide a compelling alternative to these treatments.  The study addressed this point:

“The safety of curcumin has been long established, as it has been used for centuries as a dietary spice. The question arises as to why curcumin does not seem to have the same deleterious effects on normal stem cells (NSCs) as it does on CSCs. There are several possible reasons that curcumin has toxic effects on CSCs, while sparing NSCs.”

This study adds growing support to the idea that safe, time-tested, natural substances are superior to synthetic ones. Given the evidence that a safe and effective alternative may already exist, chemotherapy, radiation and even surgery may no longer be justified as the first-line standard of care for cancer treatment. In fact, a significant body of evidence now implicates these treatments in worsening prognosis, and in some cases driving cancer stem cell enrichment in tumors.

Radiotherapy, for instance, has been found to induce cancer stem cell like properties in breast cancer cells, essentially increasing their malignancy and tumoriogenicity by 30 fold.

This is hardly progress when one considers the role that CSCs play, especially in contributing to post-treatment secondary cancers.

Turmeric and its components, of course, are not FDA approved drugs, and by definition the FDA will not allow an unapproved substance, natural or synthetic, to prevent, treat, diagnosis or cure a disease.  This means that you will not be seeing it offered by an oncologist as an alternative to chemotherapy or radiation any time soon.

This does not, however, mean that it does not work. We have gathered over 1500 citations from the National Library of Medicine’s bibliographic database MEDLINE, accessible through pubmed.gov, and which can be viewed on our database here: Turmeric Research, showing that curcumin and related turmeric components possess significant anti-cancer activity. 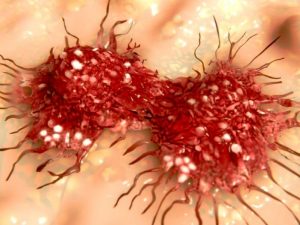 Standard cancer treatment must be adapted to the type and location of tumor, whereas cannabis is an equal opportunity killer. Cannabis kills all types of cancer cells.

Curing cancer is the holy grail of medical research and it’s the most-coveted breakthrough of our time. If we could discover a way to prevent malignant cells from overrunning the human body, not only would we save millions of lives, we would end years of suffering.

And, we could finally feel superior to sharks which are rumored to be cancer free (It turns out, they actually can be afflicted). Is cannabis the way? Studies, so far, show that cannabis kills all types of cancer cells.

One Treatment Doesn’t Fit All

But cancer isn’t just one thing. It’s an umbrella term for a collection of related illnesses. What unites these is the method of mayhem: cancer divides and spreads like ants at a picnic. And because it’s not just one kind of ant, we’ve developed slightly different ways to deal with each species.

Partially, that’s because when cancer infects the brain, we can’t necessarily handle it the way we would handle cancer in the foot. Even if the same treatments would effective at stopping the cancer, the collateral damage to brain cells is just too risky.

But when cannabis treats cancer, it doesn’t cause the kind of negative side effects that chemotherapy, for instance, does. Although human trials and solid scientific research are still a ways off, early studies indicated that cannabis might be the one truly universal way to kill cancer cells. 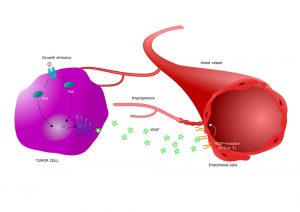 Cannabis Stops Blood Vessel Formation For All Types Of Tumors

One of the key ways that cannabis combats cancer is through anti-angiogenic effects. That sounds like a mouthful, but the concept is straightforward. Angiogenesis is the process by which new blood vessels form from old ones — like a potato sprouting. New blood vessels are how wounds heal, people grow, and new and better pathways form for circulation. It’s a vital and healthy part of the body’s daily regimen. But it’s also how tumors transition from benign growths to malignant cancers.

Cancer creates cells that don’t have the ability to divide in a controlled fashion, leading to out-of-control growth. But what fuels that growth? For tumors to get larger and spread, they need a supply of essential nutrients and oxygen, which they get from the bloodstream. So when a cancer begins to grow, it has to do so at the same rate as the blood vessels which nourish it. Without new vessels, the tumor couldn’t expand. Thus one of the best ways to combat cancer growth is by limiting the ability of the body to generate new blood vessels. That’s anti-angiogenesis.

As tumors grow, some cancer cells acquire the ability to escape the primary mass and proceed to invade surrounding tissues or migrate to distant sites, where they found new colonies. This is known as metastasis. It’s what responsible for most human deaths from cancer. These rogue cells invade healthy tissue, grow new tumors, and limit the body’s organs form fulfilling their life-preserving duties. So the best way to prolong cancer patients’ lives are to ensure that these cells don’t escape tumor masses and found new cancer sites. 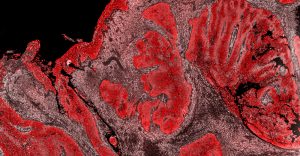 That’s where CBD comes in. Cannabinoids play a key role in cell migration, invasion and metastasis. Specifically, CBD has proven anti-proliferative effects on glioma cancer cells by inducing something called apoptosis. From the Greek for “falling off,” apoptosis can be best be understood as a cell’s self-destruct sequence. It’s how the body rids itself of bad or non-performing cells. Cancer can fool the body into thinking that tumorous cells aren’t bad and shouldn’t undergo apoptosis, but CBD has been found to mess with that ability and allow the body to kill the cancerous cells.

CBD Can Lead To Tumor Shrinkage

Studies have also shown that CBD aids tumor regression. One found that cancer in mice was reduced by 70 percent in 18 days after they were treated with CBD. Again, this was glioma (a particularly nasty type of cancer that starts in the brain and spine), but the researchers suggest that the anti-tumor activity associated with CBD could be carried over into other cancers.

The way scientific research works means that cancer treatments will be approached whack-a-mole style — one at a time. For example, cannabis has to be proven to treat lung cancer and brain cancer individually. So the only way we’ll know if cannabis is the panacea against cancer that we all hope it to be, is to find that out one disease at a time.