Isn’t it interesting that Alexandria Ocasio-Cortez constantly are nagging about this precious “morality” when it comes to the environment, the climate, the future and our obligations ..

At the same time as there’s no moral obligation for her to get the science right before suggesting to send Trillions to special interest groups?

House Republicans will hold a policy forum Wednesday to do something Congress hasn’t done yet with respect to the Green New Deal — publicly scrutinize it.

Green New Deal opponents and supporters were invited by the Congressional Western Caucus, a group of Republican lawmakers from western states, to examine the costs and feasibility of the sweeping plan that’s backed by many Democratic 2020 hopefuls. The forum will be followed by a press conference.

The Western Caucus bills the forum as the “first in-depth public review” the Green New Deal has gotten from Congress since it was introduced by Democratic New York Rep. Alexandria Ocasio-Cortez in early February. The non-binding resolution calls for a World War II-style mobilization to achieve “net-zero” greenhouse gas emissions within 10 years.

So far, not a single Green New Deal supporter accepted Republicans’ invitation to testify at the forum except for Ocasio-Cortez herself — however, her staff later said she might not be able to attend because of former Trump attorney Michael Cohen’s testimony.

Republicans oppose the Green New Deal, with many labeling it “socialist.” Senate Majority Leader Mitch McConnell plans to hold a vote on the resolution.

Some House Republicans, including Western Caucus member Rep. Liz Cheney of Wyoming, also favor voting on the Green New Deal, confident it will be defeated, but it doesn’t seem likely the bill will come to the House floor.

“We think Democrats need to be held accountable,” Cheney told reporters in mid-February. 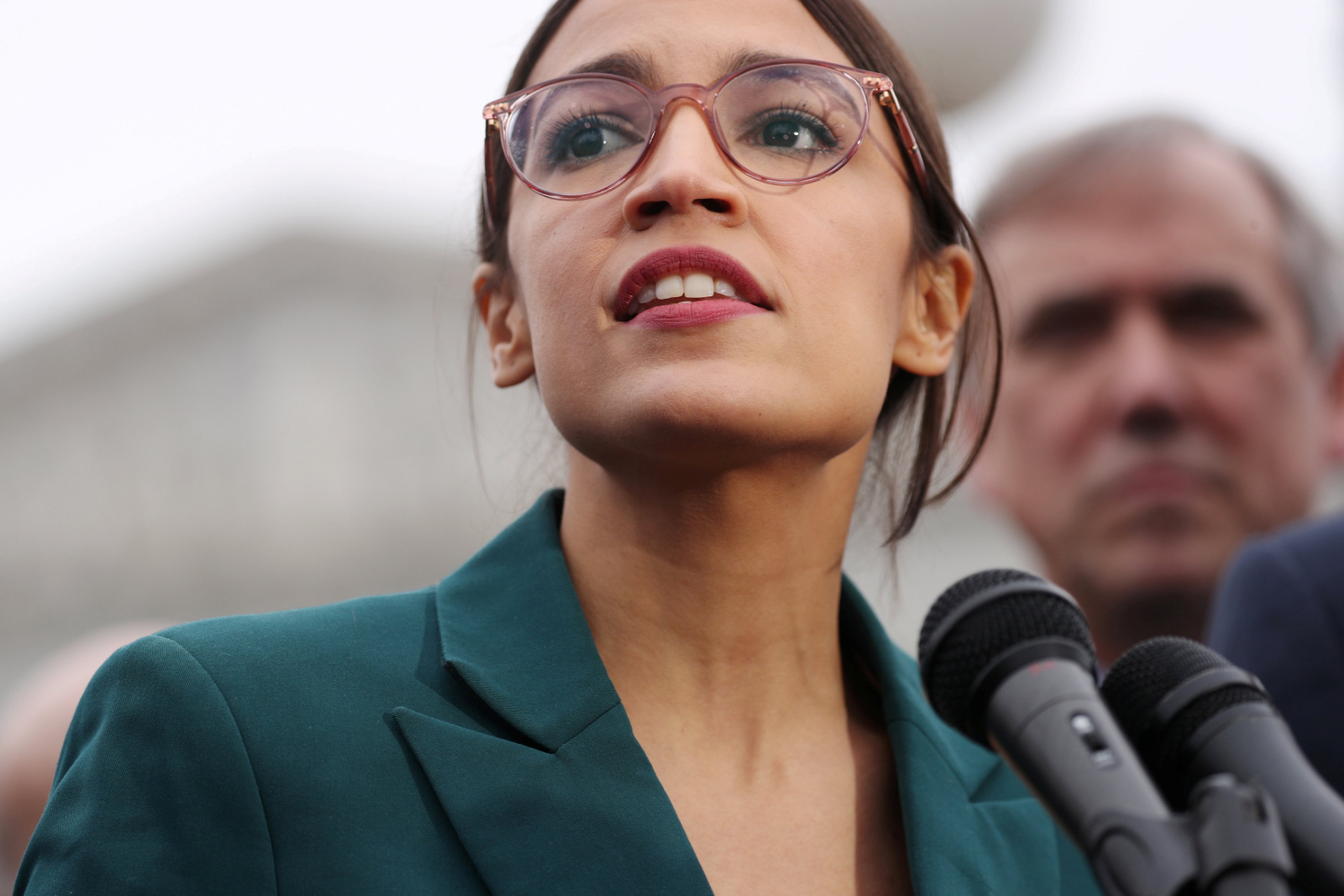 “The Western caucus hearing tomorrow promises to be the first real scrutiny Congress will be giving on the Green New Deal,” Marc Morano, publisher of Climate Depot and author of “The Politically Incorrect Guide to Climate Change,” told The Daily Caller News Foundation.

Morano is among the handful of Green New Deal opponents planning on testifying at the GOP-led forum. He’s joined by conservative activists and a prominent climatologist skeptical of global warming alarmism.

Green New Deal supporters, including the Sierra Club and New Consensus, told CNBC they would not attend the forum. The Sierra Club’s climate policy director Liz Perera called it a “political circus.”

Ocasio-Cortez specifically requested New Consensus be invited to explain the specifics of the Green New Deal, but the group declined to attend the forum. In fact, Drummer dismissed the forum as not serious.

Morano chastised Green New Deal supporters for wanting to engage on a bill they say is necessary to avert catastrophic global warming.

“Climate activists and their friends in the media seem to be outraged that any global warming skeptics will be allowed to speak,” Morano said. “If the green New Deal is a serious proposal it should be able to handle critical views.”

The Trump administration is planning to create an ad hoc group of federal scientists to reassess and counter the government’s conclusions on climate change, The Washington Post reported Sunday.

The National Security Council (NSC) initiative would feature scientists who challenge the seriousness of climate change and the degree to which humans are the cause of climate problems, three unidentified administration officials told the Post.

The Post reported that the plan was discussed by administration officials on Friday in the White House Situation Room.

It is considered a modified version of NSC senior director and climate change denier William Happer’s plan to create a panel on climate change and national security, according to the newspaper.

The National Climate Assessment warned that climate change could have devastating effects on the economy, health and environment and that current efforts to counter climate change were insufficient.