Advection: When record cold air masses from the (warm!!) Arctic flows south to the US it’s called weather. When part of the same advection system sucks warm air from Africa all the way up to the UK. Guess what, then it is called (Man Made) Climate Change. Yeah, i know – it’s both dishonest and STUPID!

A blast of cold air is expected to dump into the Midwest and Northeast following this weekend’s snowstorm. Temperatures in the affected areas are expected to plunge on Monday to record lows, highly unusual for this time of the year, which will disrupt power and gas markets.

“A persistent anomalous cold will continue across the plains over the next week. This cold comes after a record cold February across this region, extending into the Canadian prairies. Heating demand will continue to run much above normal for Early March in this portion of the country with additional heating demand potential across the entire northern tier of the United States. In addition to the cold, yet another winter storm is forecast to impact the Northeast I-95 corridor Sunday into Monday with moderate to heavy snowfall expected,” reported Meteorologist and owner of Empire Weather LLC., Ed Vallee.

Weather models and energy demand forecasts have prompted an operator of a power grid network spanning from the Dakotas to Louisiana to issue a power-plant fuel restriction warning for Monday through Wednesday, reported Bloomhttps://www.bloomberg.com/news/articles/2019-03-02/record-breaking-cold-blast-in-u-s-will-roil-markets-next-week?srnd=premiumberg. 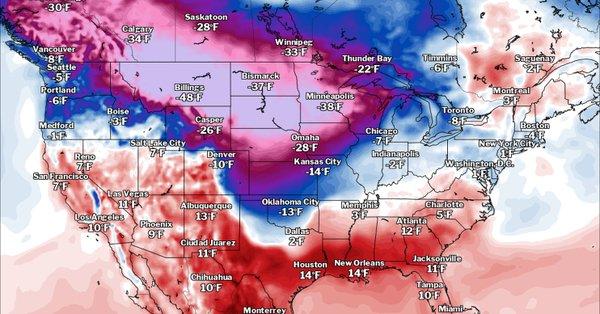 US Energy usage is starting to surge 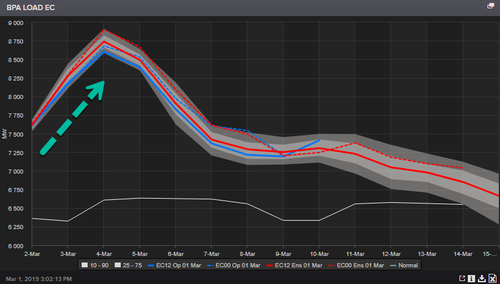 In Wyoming, gas supplies were expected to be extremely tight that a pipeline operator warned of supply issues.

Power for delivery for most of the Lower 48, except for some parts in the West, is expected to surge in the next several days. Reports show energy demand in the Pacific Northwest region could jump to levels not seen in a decade.

As a major winter storm passes through the Midwest and off to the Mid-Alantic and Northeast Sunday to Monday, a blast of dangerously cold air is expected to linger through Wednseday, allowing a surge in demand for power and gas markets at a time when demand is usually low. 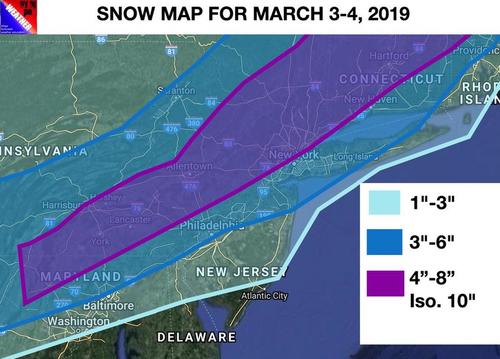 Monday could see subzero temperatures in Wichita, Kansas and Kansas City. Single-digit highs will paralyze Minneapolis, and Chicago is forecast to be in the teens. 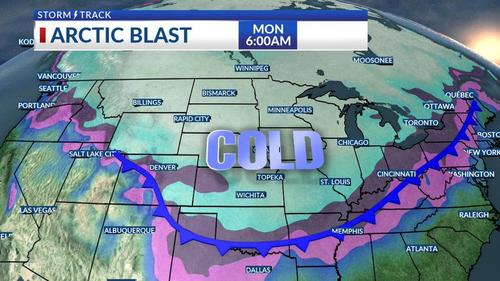 The leading edge of the arctic air mass will reach the Northeast Sunday, with temperatures troughing on Tuesday. Residents of Pittsburgh, Binghamton, New York, and northern New England, will experience single-digit degree days.

Heating degree days (HDD), a measurement intended to quantify the demand for energy needed to heat a building, is expected to jump in the US Lower 48, more specifically Central, Midwest, Northeast, Southeast, and Southwest. 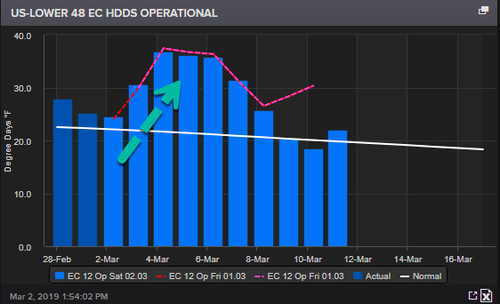 Power for delivery for the Pacific Northwest has already spiked to more than $890 per megawatt-hour, according to Intercontinental Exchange Inc. Gas for delivery this weekend in Sumas, Washington, surged to $200, the highest spot price recorded in the Lower 48. 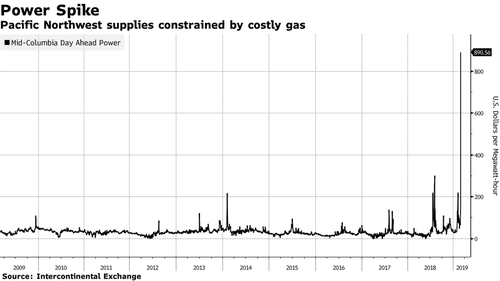 On Friday, spot gas at Northern Natural Gas’s Ventura hub in Iowa jumped 4x to $13.50 per million British thermal units in trading, according to David Hoy, an energy trader with Dynasty Power Inc. in Calgary. “This is unprecedented,” he said.

Suppliers will have to draw natural gas out of storage to cope with next week’s insane demand spike, said Rick Margolin, a senior natural gas analyst at Genscape Inc.

“Even though latest weather forecasts have revised ever so slightly warmer, they’re still showing enough cold to generate demand levels that could set new highs for the month of March,” Margolin said. Withdrawals could reach 120 billion cubic feet per day Monday. Demand may dip by the end of the week, but “we still see notably higher-than-normal levels running well into the middle of the month,”Margolin said.

Wade Schauer, an analyst at Wood Mackenzie, said Midwest grid operators would need to import energy from neighbors to the East and West grids, and maybe even Canda, to meet the surge in demand.