Temperature in the atmosphere is dictated by the surface temperature (mostly water), CO2 play not part.

In order to convince someone that what they believe is wrong you must show them that it contradicts something else that they believe in more strongly. There is a point where you reach that fundamental belief that cannot be shaken or discredited and any discussion beyond that point will have no effect.

Different religious faiths have tenets that define their faith and these are accepted and beyond challenge. If the Bible says the Earth is flat then pictures of it from space, or arguments dealing with observations will be not be enough to dissuade the believer and they will not accept the evidence.

The same is true in science where there are beliefs accepted on faith that cannot be proven. In physics the fundamental tenet is that mater or energy cannot be created or destroyed. There is no evidence to support this contention but there must be an accepted basis from which other beliefs are developed and if a new theory contradicts the prime tenet it is discarded and alternate theories are proposed. 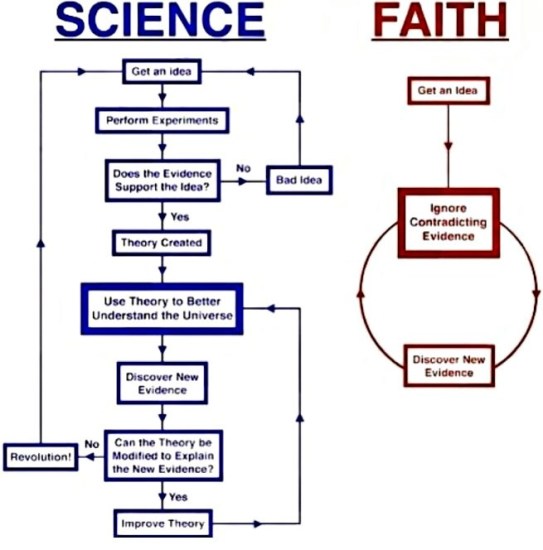 As science develops new concepts are accepted as true and form the building block for further progress in understanding. These subsequent beliefs are open to challenge but the only way to disprove them is to show that they conflict with an even more basic belief.

Those who have accepted the greenhouse gas theory (GHGT) as true believe in it and will not accept arguments that try to discredit their arguments as valid. People believe what they want to believe finding reason to support their beliefs and finding excuses to discredit contrary evidence.

Joseph Postma may have a compelling argument that the flat Earth model is invalid but that does not change their belief. (Scientists accept the diagram for Einstein’s general relativity even though it is a fraud.

If they ever become convinced that their model is wrong they will develop a new model to maintain their faith. The arguments that CO2 is such a miniscule part of the atmosphere that it could not possibly produce the effects they are claiming are to them just an opinion.

The only way to convince them that the theory is nonsense is to show them that it conflicts with a belief that is more true in their eyes. 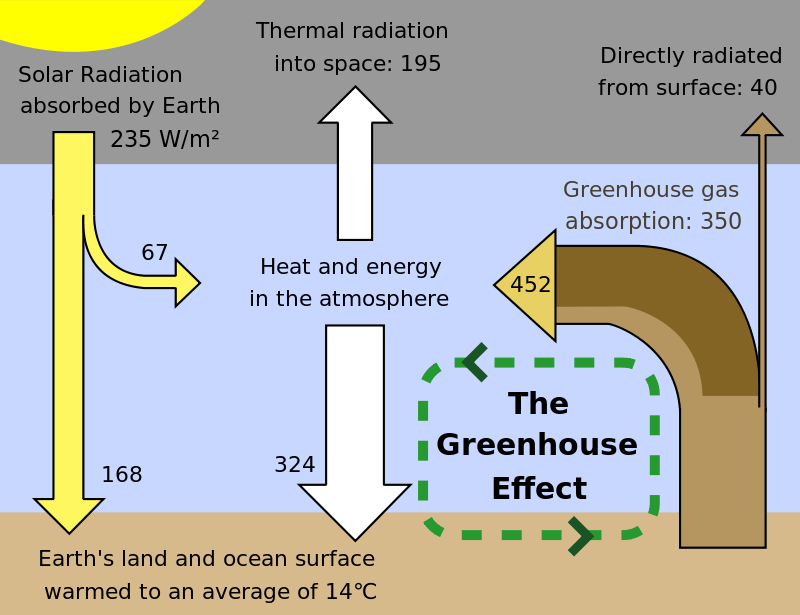 Temperature is a reading from an instrument and is not the same as heat or kinetic energy. All objects above absolute zero radiate energy and all objects absorb radiated energy. Nothing radiates temperature. It is the acceptance of temperature as being equal to kinetic energy or heat that causes the problem.

Some believe the definition of temperature as the mean kinetic energy of the molecules being measured but this is clearly a bad definition.

Because of changes in state temperature is not an accurate measurement of kinetic energy. All compounds, whether it is water, nitrogen gas, oxygen, CO2, or other substances have heat of crystallization and heat of evaporation where added energy does not produce higher temperatures.

A thermometer has a set area that is to be exposed to the medium being measured. This means that any change of reading is a result of a change in kinetic energy or heat being transmitted to the thermometer. This is not true in a gas.

In order to get an accurate indication of the kinetic energy of an unconfined gas you must use the ideal gas law, PV=nkt.

The kinetic energy (t) of the gas molecules is equal to PV/nk.

If you accept that the temperature at sea level is 15 C you can use the inverse of density at different altitudes to determine the kinetic energy of the molecules at that altitude.

When this is done you find that at the altitude where airplanes fly (10 km) the kinetic energy of molecules is such that water will be a liquid not ice as predicted by a thermometer.

Temperature increases at a steady rate with altitude until the top of the troposphere where the boiling point of water is reached. After this point the temperature increase accelerates as there is no energy being consumed by changing water to steam.

This shows that the source of heat for the Earth is the sun and there is no energy source floating in the atmosphere at 50 km causing a spike in temperature.

When you add energy to an unconfined gas it expands becoming less dense and rises. The density of the atmosphere decreases with increasing altitude showing the molecules are getting hotter.

You can accept that somehow water, which is a great absorber and transmitter of heat reflects heat back to the Earth at night (even though its temperature is -50 C) rather then that the water is transmitting heat form the hotter molecules higher in the atmosphere to the surface of the Earth.

In this video, I look at the long, comedic, and very dangerous history of academic alarmism. Video: Tony Heller