Image: Cris Rodrigues – In a world of fossil fuels the nature is much cleaner, healthier and more beautiful.

It’s seems like that is exactly what the “green” left wants “in order to save the world.” (To be clear, i am not talking about the voters who elect these politicians, most of them are being fed lies and are simply being tricked.)

But what has the left given humanity? 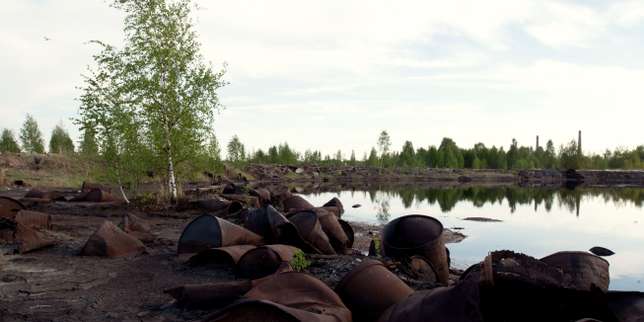 In Russia, the stigmata of Dzerzhinsk, former Soviet capital of the chemical industry

Look at Cuba, look at the former Soviet Union, look at China, or North Korea today – Unbelievable polluted and decayed, why?

Because leftists doesn’t care about anything else but themselves – literally! Leftists dictators even get their own families murdered, latest example is North Korea’s leader, Kim Jong-un who got both his own uncle and half brother killed.

Do you think they care about the environment?

Leftists in the West claims to care about everything when they are not in power, but it’s only a vehicle to get into power.

The “Green New Deal”, i.e. the (Man Made) Global Warming FRAUD is our time’s most important vehicle for the left to get into power.

You don’t think they would lie, cheat, smear, silence opposition and counterfeit to get there?

Look at the latest example of leftist desperation, – Bernie Sanders, look at his forehead, he’s so old, he barely manage to walk, but sure, he wants to be President.

In this video, I discuss President Eisenhower’s 1961 farewell speech, his warnings, and how he predicted exactly what has happened with climate scientists attempting to seize control of public policy. Video: Tony Heller

If you help get them into power, do you really think they’ll care about you?

You should ask the 10’s of millions the left has murdered during the last century in all the socialist nightmares, yes, all of them! And all of them failed, or are about to fail (Cuba, Venezuela, North Korea etc.)