Newsweek caption: “First of all, pollution and carbon dioxide, humans, we inhale oxygen and we exhale carbon dioxide, so he’s calling CO2 pollution, which it’s not,” a smiley Morano proclaimed Tuesday.SCREENSHOT: FOX NEWS

Newsweek slams ‘a smiling Morano’ for rejecting claims that CO2 is a “pollution.” But scientists, even UN IPCC scientists agree with Morano. Morano responds to media attack.

Climate Depot’s Marc Morano, the author of The Politically Incorrect Guide to Climate Change, came under fire by the mainstream media for accurately rejecting the notion that carbon dioxide is “pollution.”

Newsweek added, “A former Republican aide who rejects the scientific community’s consensus on climate change said carbon dioxide is not pollution, dredging up a decades-old defense of CO2 emissions in order to write off Beto O’Rourke’s newly announced climate plan.”

Morano’s response to Newsweek: “Calling carbon dioxide ‘pollution’ is anti-science. I did not, as Newsweek claims,  ‘dredge up a decades-old defense of CO2’, instead I used science to make an accurate statement. And, I will keep on smiling when explaining the science behind the CO2 based climate scare.”

And, while you’re here, Carbon Dioxide (CO2) isn’t pollution, and it’s not Carbon (C) either. Don’t you wonder why they feel they need to lie? Make it look worse than it is?

Carbon is not a synonym for carbon dioxide 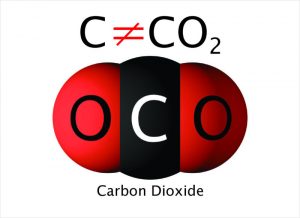 From the very day that Al Gore signed his name to the well known book, An Inconvenient Truth, the general population was told that carbon emissions were going to destroy our planet. Gore, more or less, coined the term “carbon footprint” (while always hiding the enormity of his own footprint). Gore and his cohorts were never actually talking about carbon. They were talking about carbon dioxide.

Initially they understood that most people recognize that they exhale carbon dioxide and plants absorb it in order to live. Not a dark thought. So in a universally evil desire to scare the populace, they seized on using the term carbon as a synonym for carbon dioxide knowing it would conjure up visions of soot, lamp black and coal dust none of which were warm and fuzzy. Carbon is a solid. Carbon dioxide is a colorless, odorless gas, which while containing a single atom of carbon, bears no other resemblance to elemental carbon.

The public around the world has unwittingly accepted it without realizing their minds were being manipulated toward negative thoughts. It is possibly the best example of subliminal brain washing mankind has encountered.

Those desiring to delude the public make no concession to this fact because it is not really their goal to mess with the planetary weather, but rather it is their goal to do as H.L, Mencken, the sage of Baltimore, once said “the whole aim of practical politics is to keep the populace alarmed and hence clamorous to be led to safety by menacing it with an. Endless series of hobgoblins, all of them imaginary.” Global warming has been among their very best hobgoblins .

Perhaps the most diabolical of all the aspects of this deception is how major Fortune 500 companies have jumped on this band wagon to show there greenness in an effort to remove the life blood of our planet from our planet. Currently, every day on radio and TV you can witness Exxon-Mobil touting their efforts to make their industrial plants like real plant, plants that absorb deadly emissions from the very products their companies produce, petroleum.

It will be a cold day in hell when we buy their products in support of the blatant lies they are using to promote their company. Surely one of the biggest fossil fuel companies in the world knows they are conning the public just as everyone is who is using the term carbon in place of the totally different carbon dioxide. Deceit is the name of the game. 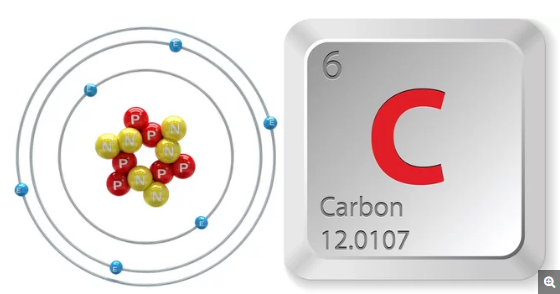 Carbon is an incredible element. Arrange carbon atoms in one way, and they become soft, pliable graphite. Re-jigger the arrangement, and — presto! — the atoms form diamond, one of the hardest materials in the world.

Carbon is also the key ingredient for most life on Earth; the pigment that made the first tattoos; and the basis for technological marvels such as graphene, which is a material stronger than steel and more flexible than rubber. [See Periodic Table of the Elements]

Carbon: From stars to life

As the sixth-most abundant element in the universe, carbon forms in the belly of stars in a reaction called the triple-alpha process, according to the Swinburne Center for Astrophysics and Supercomputing.

In older stars that have burned most of their hydrogen, leftover helium accumulates. Each helium nucleus has two protons and two neutrons. Under very hot temperatures — greater than 100,000,000 Kelvin (179,999,540.6 F) — the helium nuclei begin to fuse, first as pairs into unstable 4-proton beryllium nuclei, and eventually, as enough beryllium nuclei blink into existence, into a beryllium plus a helium. The end result: Atoms with six protons and six neutrons — carbon.