As is the case with modern reports claiming all new “unprecedented events” written by the climate ambulance chasing media, we usually find out days later that such events have in reality happened before and were in fact far worse.

This is the case with the last week’s French “record-breaking” heat wave.

Le Parisien writes how Paris “cooked” under the scorching heat and how “thousands of babies were lost”. 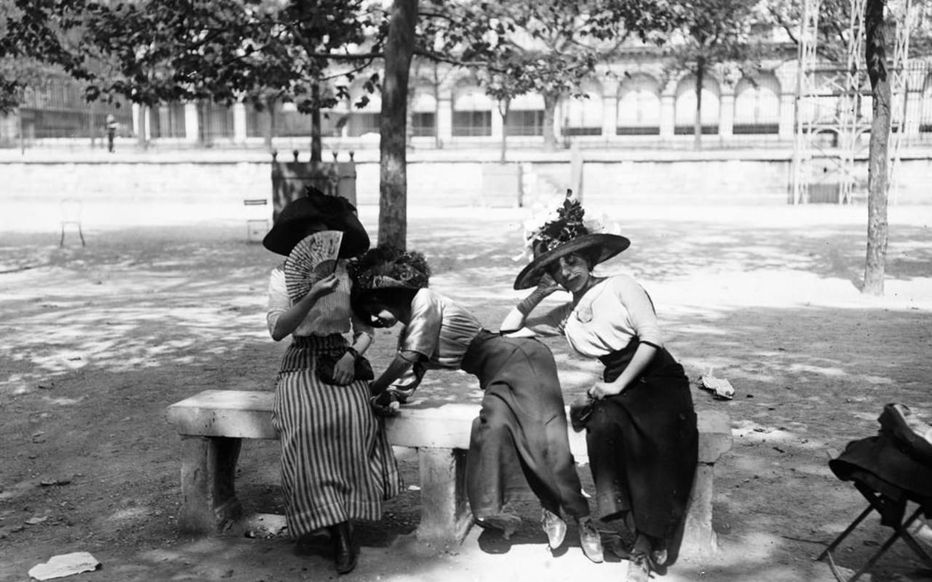 Not only Paris was “burning”, but so were other locations across western Europe. Le Parisien reports how temperatures soared to 40°C in Lyon, Bordeaux and London.

15 days long the thermometer refused to go below 30°C

The French say that when July is hot, a cool August usually follows. But that was not the case in 1911. August was even worse: “For fifteen days in a row, the Parisian thermometer refused to go below 30°C!”

Le Parisien describes how the public turned sour against meteorologists, who had predicted the heat would soon recede and the heat nightmare would end. But that did not happen until mid September.

In total the heat wave claimed more than 40,000 lives, Le Parisien reports. Parts of Paris ran out of water and the dailies reported “the list of victims, mowed down by heat or its consequences” and how “from July 23 to 29, then from August 13 to 19, mortality reached record highs.”

Le Parisien summarized: “In total, the 1911 heat wave, which lasted until mid-September, caused 41,072 deaths in France” and that most of the victims were either the elderly or babies under two years of age. Overall the tragedy saw infant mortality increase 20%.

“This year will have to be marked with a black cross,” wrote a doctor in his diary. In contrast, the French heat wave of 2003 killed 15,000.

There were also other “murderous summers” in France, Le Parisien writes that thanks to the work of Emmanuel Le Roy-Ladurie, “we know that a terrible heat wave in 1636 killed 500,000 of King Louis XIII’s subjects.” Many of the deaths resulted from epidemics of dysentery as water supplies dwindled and soured.

Le Parisien also cites the three-volume “Histoire humaine et comparée du climat” (Human and Comparative History of Climate), which describes how the the summers of 1718-19 saw “700,000 deaths recorded” and how the Paris region had been “transformed into the Sahara” and even saw “the appearance of swarms of locusts!”