Image: What CFACT saw at the NYC climate march

A Century Of Climate Crisis

The press warns us every day that we are having a climate crisis. And they should know, because they have been warning us about an imminent climate crisis for almost a century.

They fail because they do not understand, or simply ignore known knowledge that the climate is cyclical. 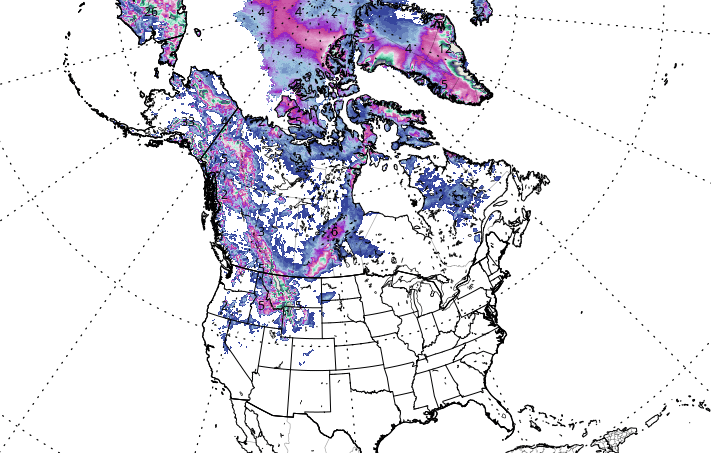 Latest GFS runs show MONSTER snow falling across much of North America over the next 10 days.

From Sept 20 thru Sept 30, higher elevations, particularly those in the west, are set to receive anywhere up to 72 inches (6 feet) of powder, in the month of September!

The U.S. state of Montana looks set be the worst hit with the largest accumulations there settling at Glacier National Park, adding to the sizable snowpack which, against all the global warming odds, survived 2019’s summer melt season.

The heaviest snow is expected to fall between Friday, Sept 27 thru Sunday, Sept 29.

These totals, if they indeed play out, will be truly historic.

“I have never in my life seen a GFS model [in late Sept] that looks like this”, reports Diamond of the Oppenheimer Ranch Project.

Regarding the shock models, Diamond added “I couldn’t believe what I was seeing, I couldn’t believe my own eyes. In some regions, we’re looking at up to 6 feet of snow. It’s like a conveyor-belt of global warming goodness.”

The Northwest is also on course for some bone-chillingly low temperatures.

All time September cold records will tumble, says I — which isn’t a particularly bold statement given that temp departures are forecast to exceed 20C below normal: 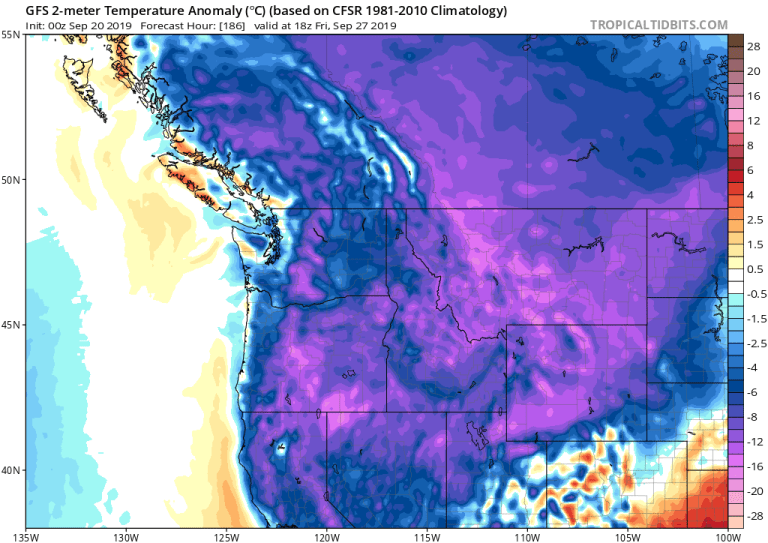 This is a brutally-early start to winter. But it was predicted, at least by those that take the sun into consideration.

Our star is now entering what will be its “weakest solar cycle of the past 200 years,” say NASA, who have also tied previous solar shutdowns to prolonged periods of global cooling, here.

This lack of solar energy is weakening the jet stream, reverting the band of fast-moving air high above our heads to more of a meridional (wavy) flow. This pattern pulls cold Arctic air anomalously far-south while pushing warm tropical air to unusually high latitudes — the swings between extremes in earth’s weather are exaggerated by Grand Solar Minimums, as they have been time-immemorial.

In addition, while some far-northern regions of the planet have actually warmed during preious cooling events –the Arctic and Alaska, for example– the overall impact of a GSM has always been one of a dramatic cooling of the climate (NASA).

Protesting Global Warming in Australia – In the snow

Earliest snow in Sweden in 20 years

2 points, 1. Will the alarmists now switch their story to human caused global cooling – which has to be taxed?

And second, why is it that there’s more frequently reported record early snow and record cold temperatures as the global temperature is increasing (according to NASA’s Goddard Institute for Space Studies, GISS, chart below)?

What does Man Made Global Warming actually mean? What does Global mean? 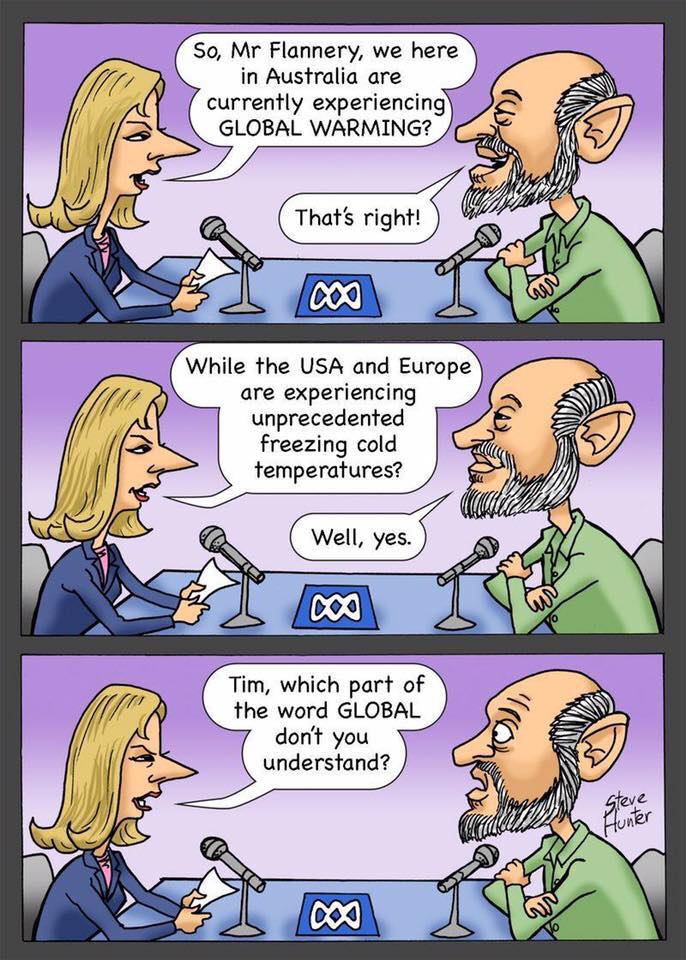