The ‘adjusted’ sea readings: Average sea surface temperatures are calculated using data from weather buoys. But NOAA ‘adjusted’ these figures upwards to fit with data taken from ships – which is warmer. This exaggerated the warming rate, allowing NOAA to claim in the paper dubbed the ‘Pausebuster’ that there was in fact no ‘pause’.

The National Oceanic and Atmospheric Administration (NOAA) ‘correct’ data they don’t like, and ‘fail to archive the evidence’. They are frauds in the eyes of many, yet somehow still hold credibility.

Bates accuses NOAA of publishing a flawed report which supposedly disproved the hiatus observed in global warming from 1998 to 2012. Bates charges the study’s lead author, NOAA official Tom Karl, with using unverified data sets, ignoring mandatory agency procedures, and failing to archive evidence — all in a “blatant attempt to intensify the impact” of the paper in advance of a crucial UN Climate Change Conference back in 2015.

The paper, “Possible Artifacts of Data Biases in the Recent Global Surface Warming Hiatus,” was published in Science magazine in June 2015, just a few months before world leaders gathered in Paris to hammer out a costly global pact on climate-change mitigation. The study claimed that the ‘pause’ or ‘slowdown’ in global warming in the period since 1998 – revealed by UN scientists in 2013 – never actually existed, and that world temperatures had instead been rising even faster than scientists expected. Launched by NOAA with a public relations fanfare, the paper’s findings were splashed across the world’s media, and cited repeatedly by politicians and policy makers. 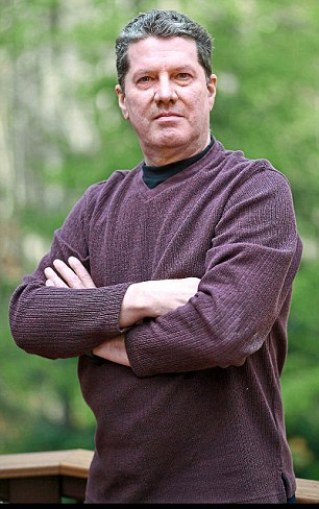 That widely observed pause in global warming simply wasn’t to be accepted by the CAGW cabal. And NOAA’s climate data office was quickly tasked with challenging the IPCC findings and prove that the hiatus did not exist. That was their aim — by hook or by crook, disappear that pesky pause, and do it in time for that crucial climate meeting in Paris.

Journalist Julie Kelly writes in her nationalreview.com article dated Feb, 7, 2017: the Climate activists were sweating over the acknowledgement by the Intergovernmental Panel on Climate Change (IPCC) in 2013 that “the rate of warming over the past 15 years is smaller than the rate calculated since 1951.” The IPCC walked back its own predictions from 2007 that short-term temperatures would rise between 1 and 3 degrees Celsius. The IPCC in 2013 “concluded that the global surface temperature” has shown a much smaller increasing linear trend over the past 15 years [1998 to 2012] than over the past 30 to 60 years” and the rise in global temperatures was “estimated to be around one-third to one-half of the trend over 1951–2012.”

Tom Karl led the charge, and it didn’t take long for him to claim he’d developed a way to raise sea-temperature readings that had been collected by buoys, by instead using higher temperature readings of sea water collected by ships. “In regards to sea surface temperature, scientists have shown that across the board, data collected from buoys are cooler than ship-based data,” said one of the study’s co-authors. It was therefore necessary, the NOAA scientists argued, to “correct the difference between ship and buoy measurements, and we are using this in our trend analysis.” 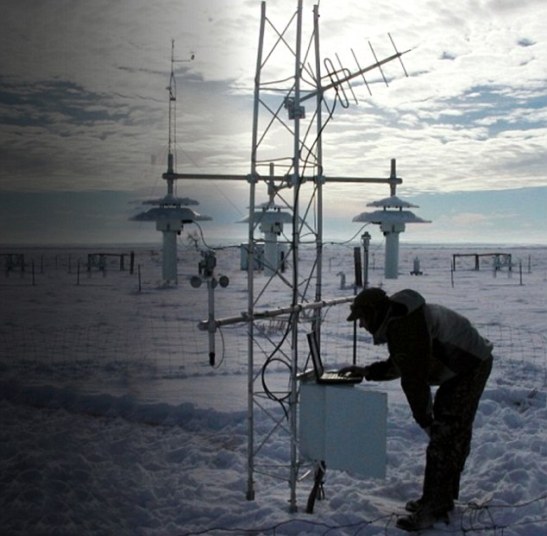 The ‘unstable’ land readings: Scientists at NOAA used land temp data from 4,000 weather stations (pictured is one in Montana, USA). But the software used to process the figures was bug-ridden and unstable. NOAA also used ‘unverified’ data that was not tested or approved. This data was merged with unreliable sea surface temps.

“There is no discernible (statistical or otherwise) decrease in the rate of warming between the second half of the 20th century and the first 15 years of the 21st century.” The study then concluded that the IPCC’s statement about a slower rise in global temperature “is no longer valid.”

The study was genuinely applauded by climate activists and their media sympathizers around the world, but Bates felt compelled to call out the study’s major, and to him glaring, problems.

“They had good data from buoys,” he told the Daily Mail. “And they threw it out and ‘corrected’ it by using the bad data from ships [a natural warming source]. You never change good data to agree with the bad, but that’s what they did so as to make it look as if the sea was warmer.”

And as if things couldn’t sound any more damning, the computer used to process the data “suffered a complete failure” and that none of the data had been archived or made available as required by NOAA rules, which means that Karl’s paper cannot be replicated or independently verified. Bates added that government scientists routinely fail to save their work: “The most critical issue in archival of climate data is actually scientists who are unwilling to formally archive and document their data.”

THIS is the state of modern climate science.

And THIS utter FRAUD is what activists are so vehemently defending.

But the veil is lifting, albeit slowly.

The earth is now cooling, in line with historically low solar activity.

The fraud of the century is in its final, desperate death-throes.

Who do they cheat (counterfeit data)? Can it be because the alarmists has been wrong on everything for so long?

NASA climate forecasts are based on a superstition that climate is controlled by the burning of fossil fuels. In this video I detail their climate forecast failures over the past 50 years.

Why The Globe Isn’t as Warm as You Think

Anthony Watts, Heartland Institute Senior Fellow, meteorologist, and founder of wattsupwiththat.com, explains why the temperatures found from surface stations is often inaccurate. Watts also highlights why the data homogenization process distorts the temperature to appear warmer than it actually is.