Related: Is “Consensus” in Climate Science Good or Bad? It Depends on What Year It Is 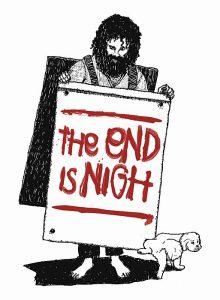 In December last year, veteran naturalist and broadcaster David Attenborough warned attendees at the United Nations climate-change summit that the ‘collapse of our civilizations and the extinction of much of the natural world is on the horizon.’

This pronouncement was very much in keeping with Attenborough’s long-standing neo-Malthusian views, from his insistence that he has ‘never seen a problem that wouldn’t be easier to solve with fewer people, or harder, and ultimately impossible, with more,’ or his fondness for heterodox economist Kenneth Boulding’s saying that ‘anyone who thinks that you can have infinite growth in a finite environment is either a madman or an economist’.

Attenborough’s remarks generated some pushback, both on the grounds that not even the IPCC predicts such a dire outcome, and that his warning of imminent catastrophe is at odds with the positive trends observable in public health, climate, reforestation, and other environmental data.

Critics could also have pointed out that warnings of incoming climate apocalypse are much older than the global cooling scare of the 1970s.

As the biogeographer, Philip Stott observed, ‘every age has viewed climate change cataclysmically, as retribution for human greed and sinfulness.’

Needless to say, climate Armageddon is just one among many predicted environmental catastrophes that somehow failed to materialize. Indeed, such prophecies of doom have almost always accompanied the development of disruptive technologies over the past two centuries.

Why is it, then, that 93-year-old Attenborough, a man who has lived through an endless stream of failed eco-catastrophic pronouncements, remains so enamored of them despite all the evidence to the contrary?

What makes this especially puzzling is that he came of age during a period dominated by a ‘global soil erosion’ scare, which lasted roughly from the time of his birth to the turn of the 1960s.

This now largely forgotten episode is well worth revisiting. First, because it shows how, like today, the eco-catastrophist narrative can dominate academic and policymaking discourse and grip parts of the public imagination.

And secondly, because it illustrates how a minority of dissenters who believe in technological progress can – and often do – turn out to be right against a powerful and influential group of pessimists.

In the words of agricultural economist Dennis Avery, soil erosion ‘has been threatening since man scratched the first seedbed with a stick’ (1).

Plato later lamented that Athens’ backcountry, whose hills had once been ‘covered with soil’, the plains ‘full of rich earth’, and the mountains displaying an ‘abundance of wood’, had been turned, after years of abuse, into a landscape that could ‘only afford sustenance to bees’, because all the ‘richer and softer parts of the soil [had] fallen away, and the mere skeleton of the land [was all that was] left.’

In the middle of the 19th century, the American naturalist and diplomat George Perkins Marsh observed in his classic Man and Nature that, besides historical records that documented the past fertility of the regions stretching from Spain and North Africa to Mesopotamia and Armenia, the ‘multitude and extent of yet remaining architectural ruins, and of decayed works of internal improvement’ all pointed towards ‘former epochs [when] a dense population inhabited those now lonely districts.’

It could only have been sustained, he concluded, ‘by a productiveness of soil of which we at present discover but slender traces’.

By the first decades of the 20th century, a growing number of writers deemed such problems significant enough to threaten humanity’s very survival. This fear played into the agenda of a few powerful constituencies.

In America, it could justify New Deal programs and their accompanying ‘gentle rain of checks’ to address Dust Bowl problems.

‘A child is not allowed to play with fire, although it may very much like to see the flames; in the same way the British people, as locally represented by the Gold Coast Government, cannot allow the inhabitants of the district to play fast and loose with their priceless treasures, the African forests, well knowing that the country will be permanently injured thereby.’

In a 1939 work, The Rape of the Earth: A World Survey of Soil Erosion, British writers Graham Vernon Jacks and Robert Orr Whyte wrote that ‘as the result solely of human mismanagement, the soils upon which men have attempted to found new civilizations are disappearing, washed away by water and blown away by wind.’

They continued: ‘[The] destruction of the Earth’s thin living cover is proceeding at a rate and on a scale unparalleled in history, and when that thin cover – the soil – is gone, the fertile regions where it formerly lay will be uninhabitable deserts.’ 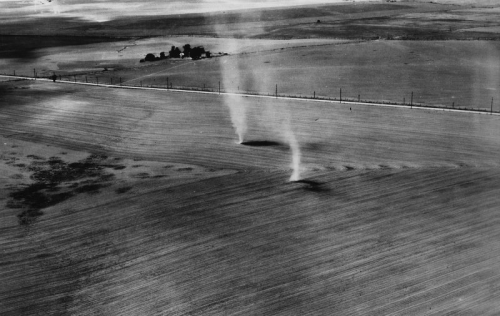 In 1948, ecologist William Vogt published his Road to Survival, which was to become the biggest-selling environmentalist book, until the publication of Rachel Carson’s Silent Spring in 1962.

Vogt argued that, with rare exceptions, man had ‘taken the bounty of the earth and made little or no return.’

Where he had not lost water and soil, he had ‘overgrazed and overcropped, and by the removal of animals and plants, [had] carried away important soil minerals, broken down the all-important soil structure, and generally exhausted the environment.’

Civilizations were at risk, because ‘hundreds of millions of acres of once rich land’ had become ‘as poor as or worse than – the city gardener’s sterile plot.’

Population growth and wealth creation had in the end delivered ‘[d]espoiled forests, erosion, wildlife extermination, overgrazing, and the dropping of water tables.’

There he warned that environmental destruction would soon prove even more deadly than the Second World War, for ‘man’s destructiveness has turned not only upon himself but upon his own good earth – the wellspring of life.’

Osborn deemed American agricultural production one ‘great illusion’, because the ‘story of our nation in the last century as regards the use of forests, grasslands, wildlife and water sources is the most violent and the most destructive of any written in the long history of civilization.’

Man’s ‘avoidance of the day of atonement that is drawing nearer as each year passes’, Osborn continued, meant he had to learn ‘to work with nature in understanding rather than in conflict.’

Failure to change threatened ‘man’s very survival.’ Humanity had ‘now arrived on the day when the books should be balanced.’

Another prominent eco-catastrophist voice at the time was the Indian academic, population-control activist and public servant Sripati Chandrasekhar, who commented in 1954 that the North American agricultural surpluses had been ‘obtained at the cost of the longevity and perhaps the very life of the land itself.’

Throughout most of the world, ‘forests are not being used on a sustained-yield basis; they are being inexorably wiped out.

‘Grasslands almost everywhere are being overgrazed. Water tables are falling; rivers are overflowing and changing their courses. Nature is losing her balance. Man’s ignorant and destructive hand has set the ball of disaster rolling.’

Attenborough Gets His Facts Wrong Again About Walrus

The True And False Of Climate Change

Can Marketplace Science Be Trusted?