William Happer failed at the chance of his lifetime

A notorious climate change science skeptic, Happer, 80, recently left the Trump administration after the White House killed his plan to create a panel to challenge government assessments of global warming.

But Happer remains undeterred, confident that President Trump, the most vocal climate change skeptic to occupy the White House, is naturally inclined to come around to the idea.

“Hard things often take a long time,” Happer told the Washington Examiner in his first interview since leaving the administration in September. “I hope it’s in my lifetime.”

Happer is as eager as ever to challenge the climate science consensus, calling it a “completely imaginary threat that doesn’t exist. People are afraid to stand up and say that.”

He compared his crusade to the experience of the protagonist in an 1882 play by Norwegian playwright Henrik Ibsen, An Enemy of the People, which tells the story of a man who speaks an “unpalatable truth” and is punished for it.

Happer drew outrage in 2014 for declaring in an interview that “demonization of carbon dioxide is just like the demonization of the poor Jews under Hitler.”

Happer said the statement “was not meant to be in any way anti-Semitic” but that he was sorry he said it.

Nevertheless, he stood by the comparison, invoking his father’s service in the Scottish military in World War II to say that he feels strongly about opposing “fanaticism.”

In keeping up the fight against the mainstream of climate science, Happer faces opposition among an increasing number of Republicans who fear that the party will not be viable if it does not change to appeal to climate-conscious voters, especially young people.

He said he’s held his views on climate change since the early 1990s when he served as director of the Department of Energy’s Office of Science in the George H.W. Bush administration.

“I feel bad about the younger generation,” said Happer, who has six grandchildren ranging from middle school- to college-age. “They have been brainwashed. The people who think this is a winning election issue are wrong.”

After leaving his post as a National Security Council senior director, Happer has returned to Princeton, where he is an emeritus physics professor.

He’s also rejoined the CO2 Coalition, an advocacy group he founded that claims rising levels of carbon will benefit the world.

He’s working on a research paper that questions whether methane contributes to climate change. Methane, the main component of natural gas, is a more powerful warming pollutant than carbon dioxide, although it stays in the atmosphere for less time.

Happer, however, said he only took the job under the condition the White House let him pursue his side project to scrutinize climate science.

Happer said it’s a coincidence he left the job shortly after Bolton resigned, insisting he always planned to stay for a year.

“They let me push this issue as far as I can,” Happer said of Trump and Bolton. “I was very pleased they kept their word.”

Happer’s goal was to recruit a panel of scientists through the White House National Security Council to scrutinize the science underlying the 2017 National Climate Assessment, in which researchers across 13 federal agencies concluded that climate change is already affecting the country and is caused by humans.

It would then have used the findings of the science review and applied them to national security policy.

Happer insists there were “lots of scientists who would have been delighted to help” question climate science and how it informs national security policy.

However, Judith Curry, a scientist who was considering participating in the panel if it conducted a “serious assessment,” said it appeared Happer was not pursuing a good-faith effort.

“I’m not at all sure that this is what the White House had in mind,” Curry, the former head of the School of Earth and Atmospheric Sciences at Georgia Tech, told the Washington Examiner, declaring it “a politicized assessment.”

The idea also faced significant opposition within the government from a slew of senior officials, including Kelvin Droegemeier, Trump’s top science adviser, as well as the Pentagon and agencies that work on climate science, such as NASA and the National Oceanic and Atmospheric Administration.

“Naturally, there were people in defense who supported climate alarmism, as there were in many other agencies,” Happer said. “That was no surprise to me. “

Happer contended the national security community’s findings of climate change rely on flawed science generated by “insular and paranoid” like-minded scientists. He said he believes greenhouse gases “have some warming effect, but it’s not very big.”

“The climate change community always has the benefit of being a judge for its own cause,” Happer said. “That’s never been very healthy.”

Chile’s riots are the price of climate virtue signaling 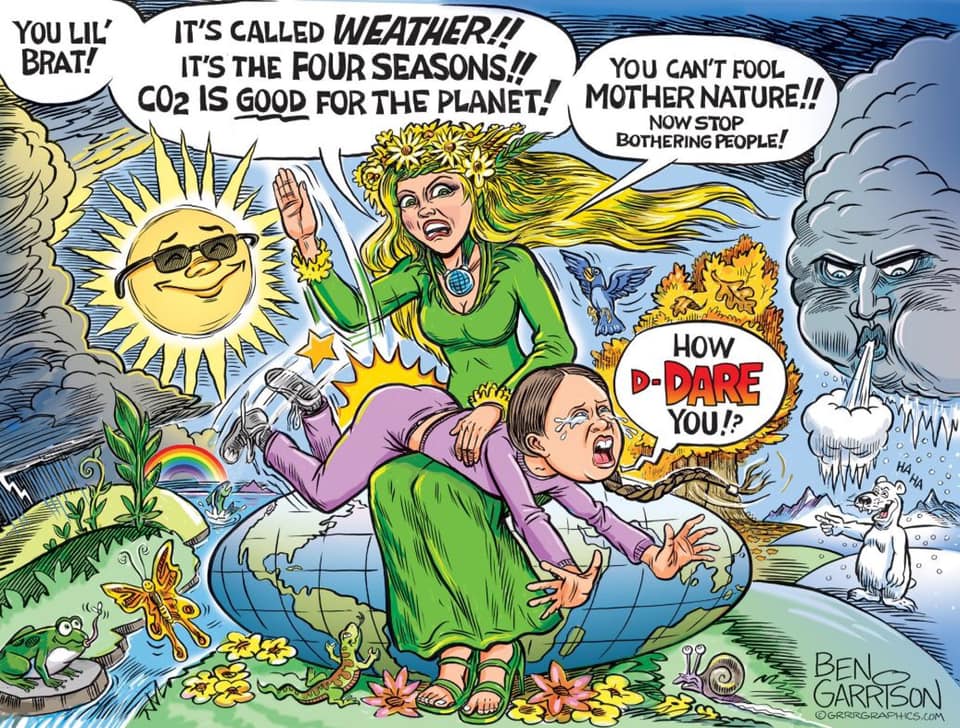