According to official NOAA data, the United States set a staggering 8,742 AGW-destroying new low temperature records over the past 30 days vs just the 1,832 max.

For decades it was hammered into us that extreme-cold and severe-snowstorms will be a thing of the past, that a steadily warming world will see the back of recording-breaking lows and all-time heavy snows.

But now, on the back of these past few record–frigid years, some members of the AGW camp have been forced to tweak the narrative. Now, in an affront to all logic and reasoned thinking, a catastrophically warming world also means regular outbreaks of severe Arctic cold — a claim that to the average punter must sound so absurd and brazen, so easily refuted, that -perversely- it must hold true…

The climate scare industry has achieved such a level of absurdity that, on February 1, journalist Andrew Revkin reported in a National Geographic article that, “Many stories in recent days highlighted studies concluding that global warming is boosting the odds of cold [weather] outbreaks.”

Among the most absurd climate alarm statements attributing recent cold spells to man-made global warming came from University of Michigan professor emeritus of environment and sustainability Donald Scavia, who said: “In the past there was a very strong gradient of cold air at the poles and warmer air south of the poles. That gradient kept the cold where it is…. As the poles are warming faster than the rest of the planet, that gradient weakens, allowing the cold air currents to dip south.”

Dr. Tim Ball, an environmental consultant and former climatology professor at the University of Winnipeg in Manitoba, said that Scavia’s statement “is utter rubbish.” Ball explained, “It’s wrong in every aspect, from the basic assumption to the interpretation. In fact, a gradient makes things move. It doesn’t ‘keep the cold where it is.”

It’s also a mistake to think that, if human-produced CO2 is actually causing global warming, the poles will warm first. “There is no evidence of that; they just are assuming it to be the case,” Dr. Ball emphasized.

And, if the poles did warm first, Ball explained, the reduced temperature difference between the poles and lower latitude regions would reduce extreme weather events, not intensify them, as climate campaigners claim. After all, weather and extreme weather events are driven by the temperature gradient between latitudes. A warming Arctic would result in less intense cold outbreaks and a lesser intrusion of cold arctic air colliding with warm moist air in warmer regions. Climate alarmists have their science backwards.

Ball noted that the real cause of the severe cold outbreaks in the United States is a wavy Jet Stream — something we’ve long been touting as the cause here at Electroverse; a meridional flow brought-on by historically low solar activity.

So back to it, the U.S. busted a staggering 8,742 low temperature records over the past 30 days, compared with just the 1,832 maximum ones — 7,361 of those were new daily record-lows — 1,378 were new monthly record-lows for October — while 3 were all-time record lows; temps never-before observed during any month of the year. And further to all that, a total of 1288 snowfall records were also toppled over the past 30 days.

Now you know when even-NOAA data is telling you it’s getting historically cold, you best damn-well pay heed — the government’s warm-mongering climate arm routinely cherry-picks data, and also systematically ignores the Urban Heat Island Effect when compiling its reports; in fact it’s actually been found to round-up the cooler, rural weather-station data to match that of nearby, and much warmer, inner-city sites — that’s ‘obfuscation of the truth’ or ‘data manipulation’ at best, ‘outright fraud’ at worst.

The lower-latitudes are refreezing in line with historically low solar activity. NASA has revealed this coming solar cycle (25) will be “the weakest of the past 200 years,” and they’ve correlated previous solar shutdowns to prolonged periods of global cooling here.

UK ON COURSE FOR AN HISTORICALLY COLD NOVEMBER 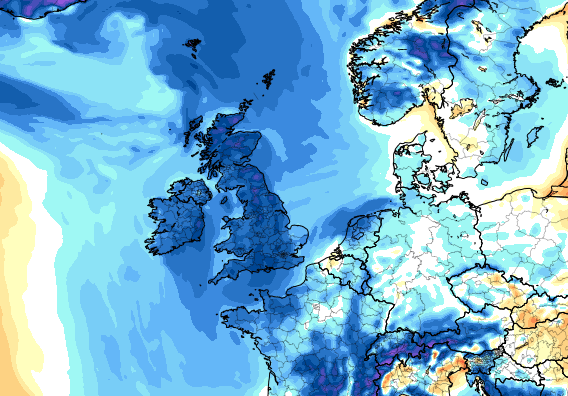 The UK’s minimum temperature plunged to -9.9C overnight on Nov 18, a reading among the coldest for the date on record — the top spot remains 1905’s -14.9C (set during the Centennial Minimum).

After decades of being lectured by the Met Office -among others– that global warming will bring an end to extreme-cold temperatures, the UK still somehow keeps-on clocking them — yet another example of how simple real-world observations can unravel the AGW-ruse.

Brits have been suffering-through an historically cold month, too — November’s average temperature has held well-below the norm for the first 17 days .. More at: https://electroverse.net/uk-on-course-for-an-historically-cold-november/

Australia is still in the midst of their seasonal bush fire, fires that has always occurred. This year’s fires is caused by (Man Made) Global Warming (which actually doesn’t exist in the real world):

Agriculture Minister Bridget McKenzie says if Australia closed down “every coal-fired power station in this country today”, rural firefighters would “still be battling fires and Australians would still be losing homes”.

Farmers facing one of their most frustrating harvest seasons in years