The UN’s Intergovernmental Panel on Climate Change (IPCC for short) is a highly influential organization that has heavily shaped public and scientific opinion on climate change.

In their most recent Assessment Report — published in 2013/2014 — they concluded that most of the climate change since at least the 1950s was human-caused.

The IPCC reports have been used to justify international efforts to try and reduce carbon dioxide emissions, such as the Kyoto Protocol (1997) and the more recent Paris Treaty (2015).

They also are heavily relied on by scientists studying climate change. Many scientists treat the IPCC reports as “the Climate Bible” and they are assumed to reflect “the scientific consensus” on global warming.

For that reason, it might surprise many people to know that their 1st Assessment Report (1990) was unsure whether global warming was human-caused or natural.

And, why did they change their mind for the most recent 5th Assessment Report (2013) and conclude that it was mostly human-caused (from greenhouse gas emissions)?

This is a very long post, and you may find yourselves puzzled and alarmed by the various unscientific machinations involved in each successive report.

But, this is such an important subject that it is worth “looking under the bonnet” to understand exactly how the IPCC’s “scientific consensus” on climate change was created.

For this post, we will use the acronym “ARn” to refer to each of the IPCC’s Assessment Reports, where “n” is the number of the report:

Many of the references discussed in this post are open access, but some are paywalled articles. For the open access articles, we have linked directly to the abstract.

In the case of the paywalled articles, we have included a link to the abstract (indicated with “$ abstract”) as well as a link to a free online pdf if we could find one.

A Tale Of Two Definitions: What Do We Mean By “Climate Change”?

Specifically, the aim of the UN Framework Convention on Climate Change(or FCCC for short) has been (since 1992) to try to “stabilize greenhouse gas concentrations in the atmosphere at a level that would prevent dangerous anthropogenic interference with the climate system”.

Under the FCCC, the UN has organized many intergovernmental meetings to try and negotiate international treaties to reduce greenhouse gases.

In particular, since 1995, the FCCC has been organizing annual Conference of the Parties (COP) meetings. At the third of these meetings in 1997 (COP 3, Kyoto, Japan), the famous “Kyoto Protocol” was signed.

More recently, at the 2015 COP 21 meeting in Paris, France, the so-called “Paris Agreement” was decided on.

While the FCCC branch of the UN has been working non-stop since the early 1990s on political negotiations to prevent climate change by reducing greenhouse gases, a separate UN organization, the Intergovernmental Panel on Climate Change (or IPCC for short) was charged with looking at the latest scientific research into climate change.

The IPCC’s main role is to produce Assessment Reports which are supposed to provide scientific support for the political negotiations the FCCC was carrying out.

However, a major problem quickly became apparent with this dual-pronged approach. As Prof. Roger Pielke Jr. pointed out in his important 2005 paper ($ abstract; online pdf), it turns out that the FCCC and IPCC have both been using different definitions of “climate change”.

According to the IPCC, “climate change” is defined as,

“[A]ny change in climate over time whether due to natural variability or as a result of human activity.”

However, according to the FCCC, “climate change” is something much more specific. It is defined as:

“[A] change of climate which is attributed directly or indirectly to human activity that alters the composition of the global atmosphere and which is in addition to natural climate variability over comparable time periods.”

The FCCC treats “climate change” as being — by definition — human-caused (and mainly due to greenhouse gases). But, according to the IPCC, climate change is simply “any change in the climate” — it could be human-caused (e.g., greenhouse gases, urban development, land-use change, etc.) or it could be natural (e.g., due to solar variability, changes in oceanic or atmospheric circulation patterns, etc.), or perhaps some combination of them all.

The problems started to occur when the IPCC’s 1st Assessment Report (AR1) was published in 1990. The report provided plenty of evidence that the climate was changing, but it also explained that the climate had always been changing.

The IPCC was unable to say whether the recent climate change was human-caused, natural or both. This became known as the “attribution” problem, and the IPCC’s first attempt at it was very inconvenient for the FCCC.

This fundamental conflict between the FCCC and the IPCC put a lot of pressure on the scientific community.

If the IPCC couldn’t find evidence that “climate change” was at least partially human-caused (and mainly due to greenhouse gas emissions), then the entire basis for all of the FCCC’s challenging international political negotiations would be undermined. Fortunately for the FCCC, later IPCC reports gradually began to come on board with the FCCC agenda.

Critically, in the most recent IPCC report, 2013’s AR5, it was confidently claimed that it was “extremely likely” that most of the observed global warming since the mid-20th century was human-caused, and mainly due to greenhouse gases.

At last, the conflict between the IPCC and FCCC definitions of “climate change” identified by Prof. Pielke Jr. seemed to have been resolved.

The IPCC was continuing to use the more general definition of “climate change”, but they were now claiming that most of the recent “climate change” was human-caused, and due mainly to greenhouse gas emissions.

So, even if the FCCC definition was not scientifically suitable, from a political perspective, it now had apparent scientific support from the IPCC.

How did this happen? How did the politically-focused FCCC come to essentially the same scientific conclusion in 1992 that the IPCC scientists couldn’t reach until 2013?

Were the people who wrote the FCCC definition simply better at science than the IPCC? Or were they just lucky? Or did the IPCC instead gradually cave to the political pressure to adopt the same view the FCCC had been taking all along?

In this post, we will review how the IPCC gradually managed to resolve the thorny conflict between the different definitions of “climate change.”

Specifically, we will look in turn at the “attribution” statements of each of the five Assessment Reports and discuss the scientific rationales offered for each statement.

We will argue that the IPCC’s transition towards the FCCC definition arose mainly from the repeated pattern of selectively promoting studies that were “on message”, and dismissing those which were “off message”.

Recorded in Madrid, Spain, the site of the UN’s COP25. James Taylor, Director, of The Arthur B. Robinson Center for Climate and Environmental Policy at The Heartland Institute, debunks numerous climate alarmist talking points during the United Nations’ COP25.

Panic At The UN

The “Green” Insanity: Climate Crisis: “We have got to reduce the manufacture and use of Milk Formula”

In The Green Reich, We Are All Jews

We’re All Going To Die: Alarmists In Our Midst

If there really was a “climate crisis” there wouldn’t be activists in the streets, alarmists would put children in front to demand changes, nobody would counterfeit temperature data (sea level data, polar bear data, flooding data, temperature history data etc.)

There would be no windpower plants, nor solar panels or biofuels.

But most importantly, – nobody should accept putting low IQ., totalitarian leftists (fascists, nazists and communists) in charge of solving the problem!

They can’t even tell the difference between the environment and the climate! 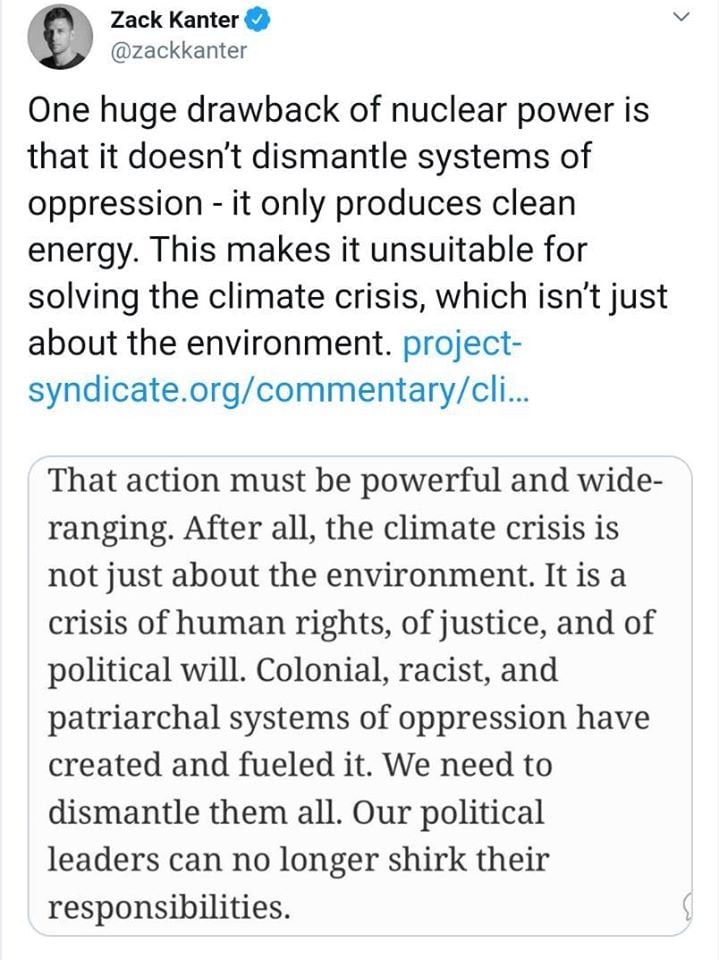 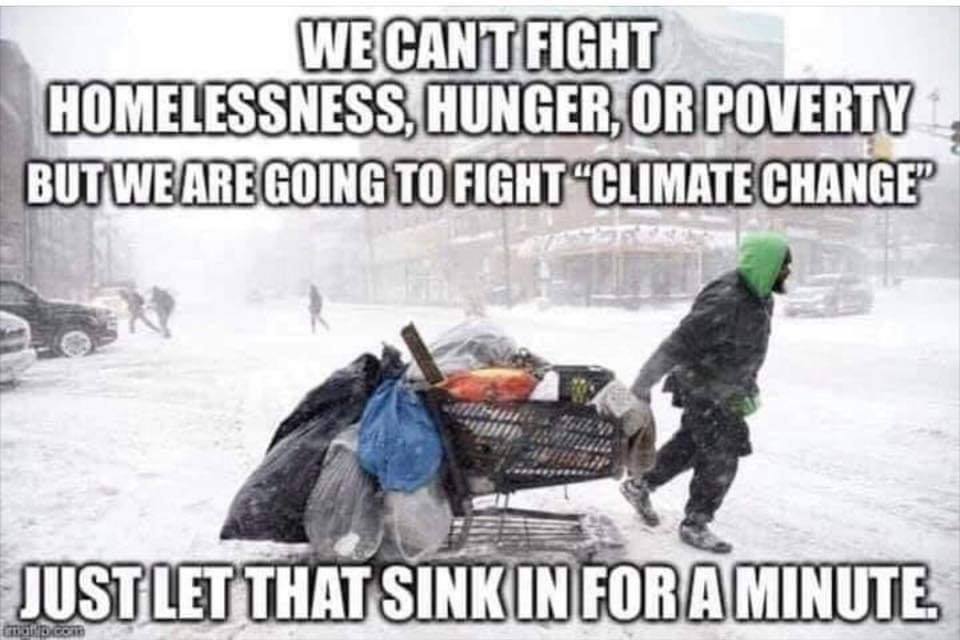