Image: Greta, Boomers And Witchcraft: The Hidden Agendas Of 2019 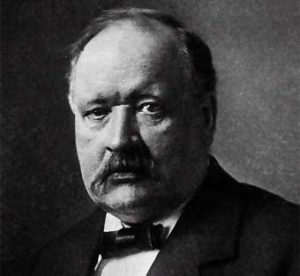 Svante Arrhenius (1859-1927) was a Swedish scientist who first claimed that the burning of hydrocarbons like coal, oil, gas, peat, and wood may cause global warming.

In 1895, he calculated (incorrectly) that a doubling of the atmospheric CO2 concentration would lead to a 4-5o C rise in global temperature.

However, Arrhenius suggested that this increase could be beneficial, making the various climates on Earth “more equable” and stimulating plant growth and food production.

Then a showman/politician, Al Gore, gave life to the theory that extra carbon dioxide due to human activities will cause dangerous global warming.

But temperatures refused to obey the alarmist computer model forecasts. So they switched to the universal boogieman — climate-change, where every bit of bad weather was blamed on Western Industry.

But this did not scare enough people, so it morphed into climate emergency, which allows coal, oil, gas, cars, and cattle to be blamed for everything bad — floods and droughts, snowstorms and heatwaves, bushfires, coral bleaching, species extinction, and pollution anywhere.

But the carbon dioxide scare is proving false — it’s time for some climate sense.

Moreover, the ice core records from Antarctica and Greenland show clearly that atmospheric temperature always rises before CO2 levels rise. So rising CO2 is the effect of rising temperature, not the cause.

Warming oceans are like warming beer — they both expel bubbles of CO2 into the atmosphere. When oceans cool, they take it back.

The dense plant and animal populations in equatorial regions show that humans need not fear global warming – in fact, the Russian president has welcomed the possibility of warming for his cold land.

We live in a natural warm interlude but we are past the warming peak. There will still be fluctuations and extreme weather events but the next big move will be global cooling — the 11th freeze-up in about a million years. 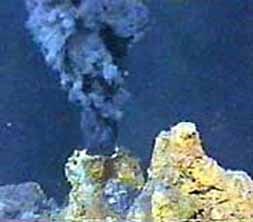 All it needs are oceans heated by submarine volcanoes, and skies made cold by volcanic ash that blocks incoming solar energy. This will trigger the evaporation of water from the oceans and heavy snowfalls on land.

Once the summer sun fails to melt all the winter snow, glaciers and ice sheets will advance again. The increased albedo from the snow and ice will cause further cooling.

Ice ages have been a periodic threat to much of life on Earth. As the ice sheets spread from the North Pole there will be massive depopulation and survivors will need to relearn hunter-gatherer skills or have access to reliable energy.

Wind turbines and solar panels will not work in snowy conditions and many hydro-energy supplies will also freeze up. Even the Great Niagara Falls froze in 1848 during the Little Ice Age.

But the UN climate bureaucracy will probably still collect climate taxes and organize well-fed conferences in places with a warm climate and reliable power.

Alarmism over climate is the great gravy train for academics, bureaucrats, speculators, globalists, and politicians seeking excuses for more power and more taxes.

“Climate emergency” is an exercise in global politics, not science. The plan is to scare us into transferring money and power from western nations to the UN — a fake answer to an invented problem.

Viv Forbes is a scientist with long experience in geologic history, cycles, computer modeling, industry economics and management of cattle and sheep on natural pastures.