Pakistan is currently in the grip of severe cold wave, with the mercury on Sunday, Dec 29 plunging to record-breaking -21C (-5.8F) in Skardu — a city located the central valley of Gilgit-Baltistan.

According to local reports, the small canals and ponds in Skardu have been frozen due to the severe low temperature, while snowfall has also blocked many main roads and passes.

The city’s low of -21C (-5.8F) breaks Pakistan’s all-time December low temperature, which was set back in 1994 (approaching solar minimum of cycle 22).

In addition, record or near-record lows were also registered in Gupis and Bagrote with their readings of -12C; in Astore with -11C; in Gilgit with -7C; and in both Kalam and Kalat with their lows of -5C.

Dense fog is prevailing in Islamabad, in Punjab, in the upper Sindh, and also in a few districts of Khyber Pakhtunkhwa, the Pakistan Meteorological Department (PMD) said in its Sunday weather report.

The PMD has forecast a continuation of the “very cold conditions” over the coming days, in part thanks to continental air sweeping over the country.

Intensifying swings-in-extremes are in the weather forecast globally, for all of us, as historically low solar activity continues to weaken the jet stream, reverting its usual tight zonal flow to more of a wavy meridional one: 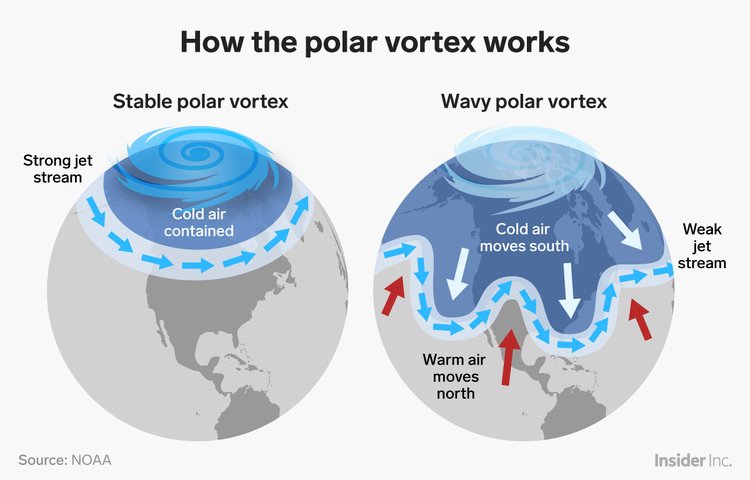 Depending on what side of the jet stream you’re on, you’re either in for debilitating polar cold or anomalous tropical heat, but this full picture is frustrating never revealed by the MSM as their agenda-driven reporting allows only for one side of the story — heat and drought.

Thankfully however, media spin has about as much control on the climate as increasing CO2 does.

No, it isn’t you, me or The Guardian causing this climate shift, it is (among other things) an intensification of a meridional jet stream flow, driven by the sun — as it always has been

The Big Lie About CO2

Today’s most STUPID! Climate change driving expansion of Lyme disease in the US (So far)