When a crisis hits and a massive legislative package is organized to meet it, it’s never surprising when Democrats go to supporting their own media assets. So there on page 746 of the 854-page “stimulus” bill is a provision granting $75 million to the Corporation for Public Broadcasting “to prevent, prepare for, and respond to coronavirus, including for fiscal stabilization grants to public telecommunications entities.”

This isn’t about keeping the public informed, since every other news network is offering coronavirus information nearly 24/7. This is about maintaining the PBS and NPR stations. The bill directs the CPB to take out “no administrative costs” to pass the money along, “to maintain programming and services and preserve small and rural stations threatened by declines in non-Federal revenues.”

The pubcasting website Current reported on these “fiscal stabilization grants” on Thursday:

Patrick Butler, CEO of America’s Public Television Stations, said that corporate, foundation and individual giving to public television stations has “rapidly decreased in the wake of the economic downturn accompanying the contagion.”

….Earlier this week, the advocacy group Protect My Public Media emailed its activists about a proposal to provide $300 million in emergency funding for stations.

“While even $75 million only begins to address these unprecedented needs while private revenues are plummeting, we are grateful for the broad support for this emergency funding for public media among both Republicans and Democrats in the Senate,” Butler said. “We will do our best with the resources we have to serve our country and our fellow citizens in this time of shared crisis.”

This is on top of the $465 million already granted to the CPB (itself an increase of $20 million in annual funding). This just underlines the nonsense that stations barely take any federal funding. Republicans have long sought to defund CPB as an unnecessary expense, while Democrats always seek to fatten their sacred cow.

What we’re really getting during the pandemic panic is PBS trashing the NRA for an hour and diagnosing President Trump as a “sociopath.” Then there’s NPR finding Democratic disease experts to suggest we’ll all die under Trump...when it’s not fondly recalling how Obama talked his way out of the Reverend Wright mess.

Whenever Democrats prepare to “stimulate” the economy through legislation, it’s always important to check the fine print to see how their keeping their propaganda organs in fighting shape. 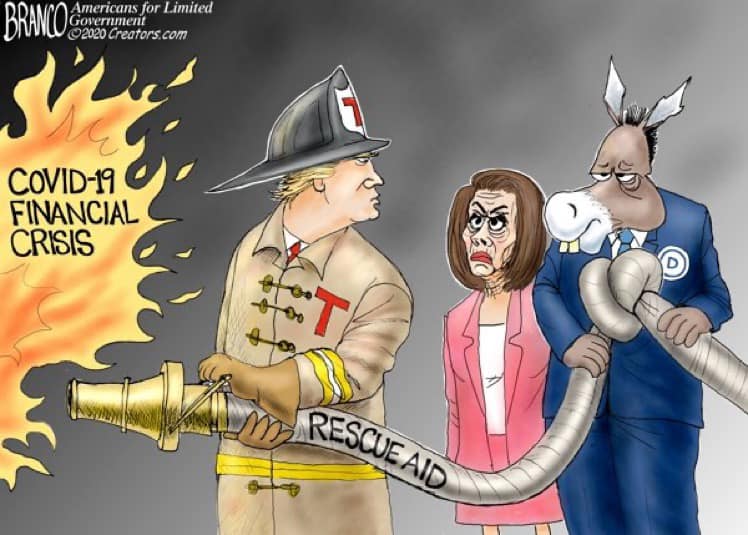