Image: Fangst og lagring av CO2 – Et nytt industrieventyr? (CO2 capture and storage – A new industrial adventure? The whole article is in norwegian. All you need to know – it is critical to this CO2 FRAUD!)

Related: America’s energy use plummets as shutdowns cause power consumption to fall 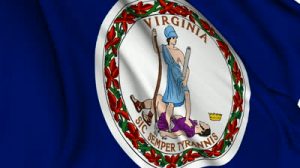 Kermit the Frog of Sesame Street fame got it wrong.

It is easy “being green.”

Being environmentally green means you can promise “clean” energy in the future, make it sound simple and seamless, and ignore the higher costs and impracticality of it all.

Politicians in the Commonwealth of Virginia are the latest example of promising “carbon free,” renewable energy and “green jobs” decades from now, while they begin the disassembling of the fossil fuel industry and its related jobs.

Talk is cheap and promises of nirvana are easy. When the higher energy bills come due on ratepayers and businesses to bring about this brave green world, it will be far enough into the future. Self-congratulating politicians of today risk nothing by imposing energy mandates, price hikes and jobs losses on tomorrow.

Governor Ralph Northam announced on Easter Sunday that he signed two bills passed by the General Assembly to impose “clean” energy mandates on the state’s residents and businesses over the next three decades. He said this will “propel Virginia to leadership among the states in fighting climate change.”

Gov. Northam, you may recall, last year made a national splash when it was revealed that his personal page in his college yearbook included a racist photo of two students, one in blackface and the other wearing a Klansman hood. The governor initially admitted he was one of the students, but never said which. After apologizing, he changed his initial admission to deny he was either person in the photo (did he photograph two of his buddies?).

It was quite the scandal. The governor refused many calls to resign, in part because Virginia’s Lieutenant Governor, who would take over, had his own simultaneous scandal engulfing him.

The Northam administration lives on, and has since embraced full-blown climate alarmism and the reordering of energy development in the Commonwealth. Green groups are pleased.

The new “Virginia Clean Economy Act” narrowly passed the General Assembly, which reflected sharp division rather than consensus for such radical change. The law will close fossil fuel plants and require electricity be generated entirely from solar, wind and whatever other renewable sources exist by 2050. Nearly all coal-fired plants will close in just four years.

When the sun doesn’t shine and the wind doesn’t blow, how will the lights stay on? Governor Northam did not say. That is a future governor’s problem, along with the citizens of the Commonwealth. The Virginia State Corporations Commission (SCC), which regulates the state’s electric utilities, acknowledged that if the planned electric generating capacity from wind and solar falls short, “all the risk is on the ratepayer.”

The SCC estimated that ratepayers would see an increase of nearly $300 per year (nearly $25 per month) in their electric bills by 2027. However, costs may be higher if the electric utilities have to purchase power from the out-of-state wholesale market or construct gas-fired back-up generation facilities.

The new Virginia law tacitly acknowledges that energy costs will increase by its inclusion of “energy efficiency pilot programs” to purportedly reduce the burden on those who will be hardest hit – people in low-income households. Two state agencies are directed to “develop recommendations to implement” the programs. Translation: bureaucrats will figure out later how to keep the poor from being slammed with higher energy costs when “fighting climate change.”

Higher costs notwithstanding, “fighting climate change” makes it all worth it, according to “fighters” like state Sen. Jennifer McClellan, who said, “the cost of doing nothing is staggering.” As is so typical, her claim is purely abstract, not quantifiable and therefore meaningless.

That is why “fighting climate change” is another cheap and easy posture from Virginia politicians in support of this law since it provides no specifics and dares not promise—much less define—victory. It cannot.

The Commonwealth of Virginia is a lovely place, but it is a comparative speck on the planet, as is every other state. Forcing Virginians and other states’ residents to purchase more expensive, impractical energy from unreliable wind and solar sources will not dent climate change, much less alter it. The world is too large, and the climate is affected by too many other factors beyond our control since time began.

Energy poverty in the pandemic age

Federal Reserve warns coronavirus will continue to ravage US economy