Ultraviolet Irradiation Of Blood: ‘The Cure That Time Forgot’? 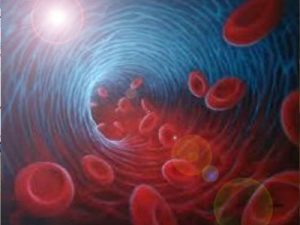 Considerable research into the use of UV light for treatment of disease was initiated in the 1870’s.

One of the first researchers to experiment with UV light was Niels Ryberg Finsen (photo, below), who won the Nobel Prize for “Physiology of Medicine” in 1903 for the treatment of 300 people suffering from Lupus in Denmark. 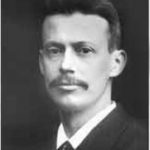 In 1922 another pioneer to experiment with Light Therapy was Kurt Naswitis who directly irradiated the blood with UV light through a shunt.

During the 1920’s and continuing through the 1930’s the infamous Seattle scientist Dr. Emmett Knott, Dr. Sc., sought to harness, in an extracorporeal way, the known bactericidal property of ultraviolet rays in order to treat infectious diseases of the blood.

The first Patent was issued in the USA for a UV-Irradiator. September 11, 1928.

Patent. Figs: 1, 2, 3, 4 and 5 detail the, extraction and dilution process, the Cuvette, Irradiation Chamber, some Tubing and an Adaptor. 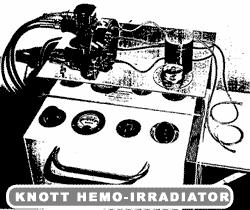 Original Model used extensively until the late 1950’s. that contained certain changes to the apparatus. The machine received an FDA “grandfather” status as a device that was sold and distributed in interstate commerce prior to 1976.

By the early 1940’s UV blood irradiation was being used in several American hospitals. Into the middle of the 1940’s, numerous reports were made about the efficacy for infections and complete safety of UV blood irradiation therapy. With the emergence of antibiotic therapy, and the billions being pushed on the medical industry to the Doctors by the pharmaceutical companies, UBI therapy was suddenly pushed aside for a more profitable form of treatment.

A multitude of articles appeared in the American literature detailing a novel treatment for various infections and diseases. This treatment had a cure rate of 98% to 100% in early and moderately advanced infections, and approximately 50% in terminally moribund patients. Healing was not limited to just bacterial infections, but was also viral, ( acute polio ), Lupus, wounds, asthma, and arthritis.

The “Tulsa World Newspaper” in 1951 describes how Biophotonic Therapy helped in the fight against Nephritis in children. This particular study demonstrated a success rate of 97%. 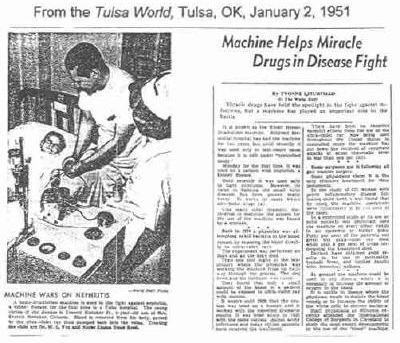 In the ensuing years, Germany literature demonstrated the effectiveness of UV irradiation in vascular conditions. Additionally, more thorough observations of significant improvement in many physiologic processes and parameters have been reported. German literature has also demonstrated profound improvements in a number of biochemical and hematological markers.

Surgeons were particularly interested in the use of UBI pre- and post-operationally to treat infections. And The American Journal of Surgery ran many articles on Biophotonic Therapy Pre and Post Operation. 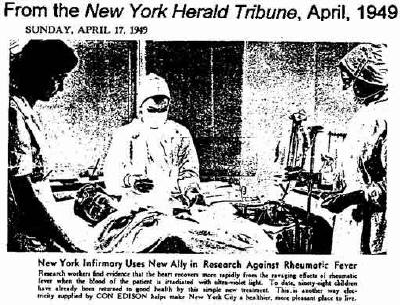 Proponents of UBI published their findings in dozens of scientific articles. Thousands of patients were treated at leading centers like Georgetown University Hospital. UBI fared well in several clinical trials with controls.

Research workers find evidence that the Heart recovers more rapidly from the ravaging effects of Rheumatic Fever when the blood of the patient is irradiated with Ultraviolet Light. To date, ninety-eight (98) Children have already been returned to good health by this simple treatment.”

The dramatic advances in antibiotic, vaccine, and corticosteroids in the 1950’s put a halt to the growing interest in UBI therapy. Amid the enthusiasm over the new wonder drugs, only a handful of physicians continued to use it. Even though it was illogical to set aside a therapy that could treat viral diseases ( e.g., chronic hepatitis and viral pneumonia ) that were impervious to antibiotics, this illogicality came to pass. From 1955 until the 1990’s only a few American Physicians continue to work with UBI devices. It did, however receive FDA Approval status as a device that was sold and distributed in interstate commerce prior to 1976.

In Germany practitioners persisted in using Biophotonic Therapy. By the 1980’s, BT had become popular among East Germany and Russian physicians. In the 1990’s, Russian physicians began to use low-intensity lasers to treat the blood through a fiber inserted into a vein with an IV needle ( LUBI ). Now, concerns over the side effects of drugs, efforts to control costs and the HIV epidemic have led medical researchers and physicians to seek to combat infections and autoimmune diseases with innovative approaches such as BT.

Dr. Carl Schliecher; Director of the Foundation for Blood Irradiation received Exclusive Rights to the Knott Hemo-Irradiator for Canada on February 21, 1997 and for the US on July 20, 1999.

Many others in Europe and America followed the steps of Finsen and Knott, such as Miley, Christenson, Beck, Olney, Anderson, Hancock, Rebbeck, Barrett, Moser, Bland, Von Pohle, Woolfan, Hughes, Beroza, Davidson, Stauffer, Havens, Sborov, Barmasov and Collbert to mention some notable physicians. These physicians combined, performed over 300,000 clinical tests, and besides their great curative success, the most notable fact they mention is that not one person died from this treatment modality throughout 50 years of testing.

Rest of the article at Principia Scientific International