I bet Emily Atkin never heard about the “Black Death” or the “Spanish Flu” – or, is she also claiming that (Man Made) Global Warming, what the “Greens” now call (Man Made) Climate Change (due to lack of warming) was also caused by CO2 from my old SAAB diesel?

Related: The dark side of environmentalism 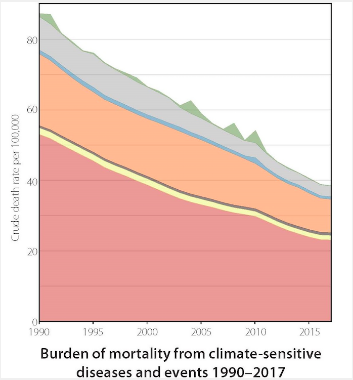 London, 8 May: A new report from the Global Warming Policy Foundation reveals that there have been dramatic falls in climate-related mortality over the last 30 years. The study’s author, Indur Goklany, says that these improvements have been seen in almost every category:

“You see improvement across the board, but most notably there has been a wholesale rolling back of the biggest killers like diarrhea and malaria.”

Goklany’s report makes strong criticisms of the Lancet Countdown, a review of climate-related mortality published by the prominent medical journal, which he says has cherry-picked information and used misleading figures in order to give a false impression of a worsening situation.

“They highlight comparatively rare conditions, like dengue, which have worsened, while ignoring the wider picture, which is almost all good news. It’s highly misleading.”

Indur Goklany is an independent scholar and author. He was a member of the US delegation that established the Intergovernmental Panel on Climate Change (IPCC) and helped develop its First Assessment Report. He subsequently served as a US delegate to the IPCC, and an IPCC reviewer.

Full Report: The Lancet Countdown on Climate Change: The need for context (pdf) 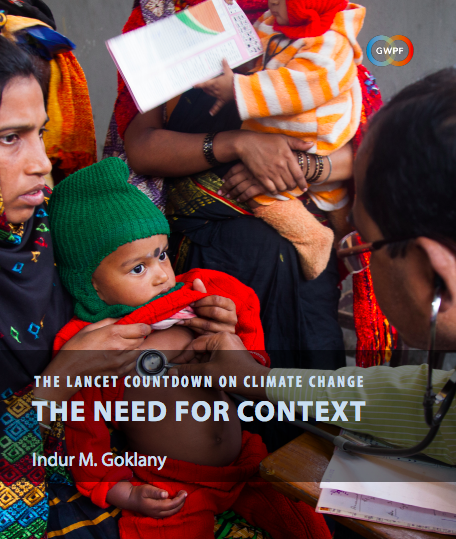 Claim: Antarctic Sea Ice Growth Caused by Meltwater (.. and where does the meltwater come from?) ???

Of course, the “Green” fascists in Norway are just as dishonest (and stupid) as the fascists in the rest of the world:

– Klimakrisen er selvfølgelig mange, mange ganger større enn koronakrisen (- The climate crisis is, of course, many, many times greater than the corona crisis)