The mainstream propaganda media has milked Siberia’s June heatwave to within an inch of its life. Tens of thousands of alarming, one-sided articles have been released onto the web like a plague of obfuscation.

However, THIS was the reality through most of June, 2020: 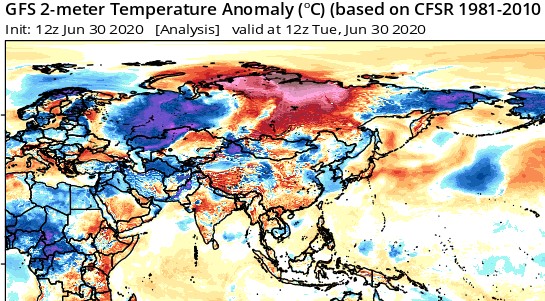 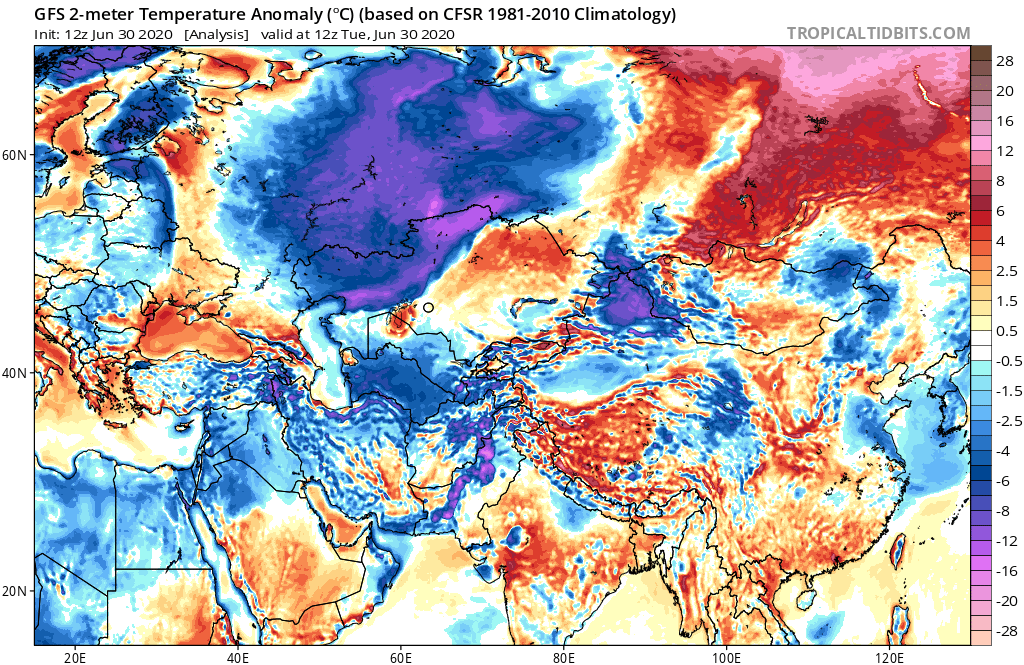 In addition, and as reported by the Siberian Times in June, while snow in Siberia’s northern mountains melted two-weeks ahead of schedule due to the heat, “further south, though, several roads in Khakassia –known to locals as ‘Warm Siberia’ for its mild climate– were blocked by snow”–a pattern serving as a further evidence of the Changing Jet Stream:

Looking forward, a “swing” is forecast to take place starting this weekend.

According to latest GFS runs, northern Siberia’s heatwave will break down in dramatic fashion beginning Friday and will almost-instantly be replaced by a vast mass of anomalous, what-looks-like record breaking COLD: 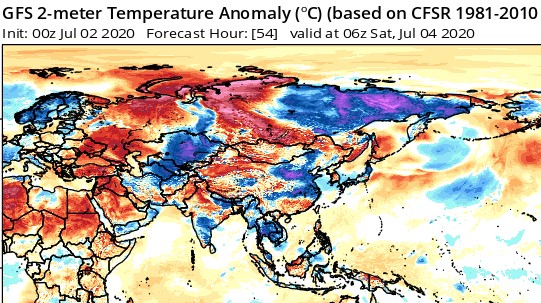 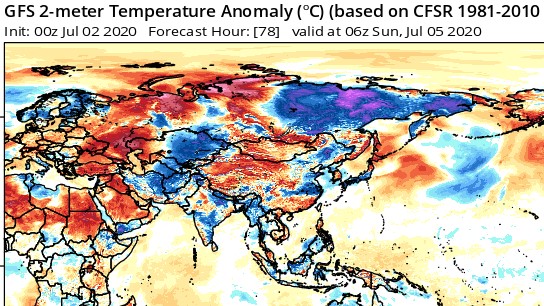 Temp anomalies some 6-12C below the seasonal average will sweep from east to west throughout the first half of July, engulfing the very same regions “ravaged” by June’s “catastrophic” heatwave: 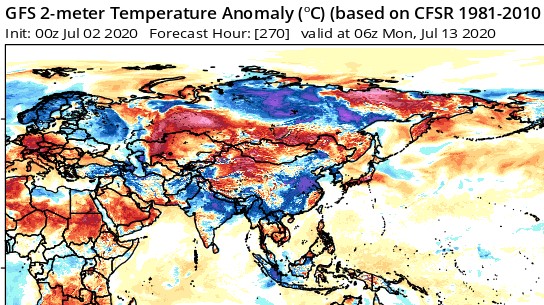 I look forward to hearing “crickets” from the MSM re Siberia through the rest of the Summer. Those fraudulent, obfuscating propaganda arms of the socialist-elites are only-ever interested in one side of the story — heat. They’ve associated that wholly beneficial phenomenon with the end of the world, when in fact the very opposite is true — every logical path of research leads to the conclusion that warming temperatures = an increase in life and biodiversity on planet Earth.

They want to keep you in fear.

Because when scared you’re far easier to control, to manipulate.

Don’t be a sheep, don’t fall for bogus political agendas.

It’s no secret that some of the Republicans are corrupted: