Image: Cannibal Island: In 1933, Nearly 5,000 Died In One Of Stalin’s Most Horrific Labor Camps 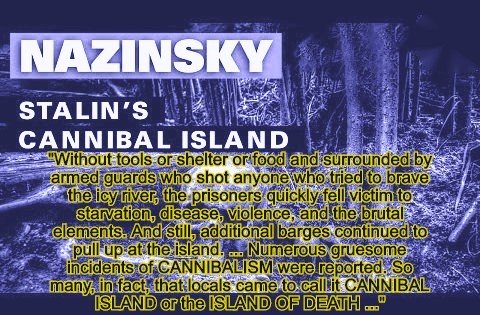 In the middle of the Ob River in Siberia lies a forgotten island. Never officially named, it’s known after the nearest village: the hamlet of Nazino. But people who live in this desolate region know the island has another, secret name; a name you will never find on Google Maps. Over seventy years ago, dark things happened on this strip of earth surrounded by icy waters, things so horrifying they were kept hidden for decades. Things which resulted in this nameless place becoming known as Cannibal Island.

The effect of leftist (communism, socialism, fascism, nazism and progressivism) incompetence and corruption in one picture. First part from today, second part 100 years ago.