For several years it has been all the rage for media to accuse President Trump and his people of being “anti-science.” I compiled a collection of such accusations in a post on January 27 of that year, using the title “Who Again Is ‘Anti-Science’?”

Among those I cited as making the accusation was the venerable magazine Scientific American, which had published a piece on January 18, 2017, with the title “Trump’s 5 Most Anti-Science Moves.”

If you look at that 2017 Scientific American piece or the other articles that I cited in my post, you will see that those commenters are conceiving of “science” not as a special methodology, but rather as something more like: “Science is what people who call themselves scientists do.”

The basic complaint of the commenters was that Trump was “anti-science” because he was listening to or appointing people who disagreed with — or worse, sought to de-fund — functionaries in the government who called themselves scientists.

I have a different definition of the term “science.” Here’s my definition:

“Science is a process for understanding reality through using experiment or data to attempt to falsify falsifiable hypotheses.”

Those are my words, but I have tried there to capture the gist of the classic conception of the scientific method articulated by philosopher Karl Popper. 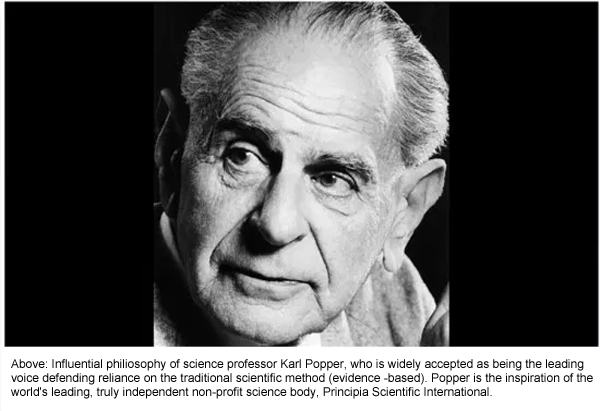 For a somewhat longer articulation of the same thing, here is an excerpt discussing Popper’s principles from the Internet Encyclopedia of Philosophy:

Popper’s falsificationist methodology holds that scientific theories are characterized by entailing predictions that future observations might reveal to be false. When theories are falsified by such observations, scientists can respond by revising the theory, or by rejecting the theory in favor of a rival . . .

In either case, however, this process must aim at the production of new, falsifiable predictions. . . . [Popper] holds that scientific practice is characterized by its continual effort to test theories against experience and make revisions based on the outcomes of these tests.  By contrast, theories that are permanently immunized from falsification by the introduction of untestable ad hoc hypotheses can no longer be classified as scientific.

Astute readers of this passage will immediately recognize that today’s political environment is full of theories that claim the mantle of science — indeed, claim to be scientifically-established truth — but at the same time are “permanently immunized from falsification.”

Exhibit A is the religion going under the name of “climate science.” Or consider Exhibit B, in the field of social science, the hypothesis that “systemic racism” is the cause of all economic underperformance by African Americans. There are plenty more such examples.

In recent years, Scientific American has somehow gotten itself into the position of defending the truth of many such non-falsifiable claims, but most notably in its strenuous advocacy of climate change alarmism.

How to reconcile such advocacy with the use of the term “Scientific” in its title?

If you are wondering how that could even be attempted, check out the piece in the current issue by a guy named Mano Singham, with the title and sub-title, “The Idea That a Scientific Theory Can Be ‘Falsified’ Is a Myth; It’s time we abandoned the notion.”

Singham is identified as a member of the American Physical Society and is apparently a retired professor from Case Western Reserve University.

Singham begins by acknowledging that “[E]ver since the seminal work of philosopher of science Karl Popper, for a scientific theory to be worthy of its name, it has to be falsifiable by experiments or observations.”

However, Singham now understands that that whole approach has become passé. Apparently, there is a new field, going by the name “science studies,” that “compris[es] the history, philosophy and sociology of science.”

People in this new field have now demonstrated that “falsification cannot work even in principle.” Here’s the explanation:

[A] theoretical prediction is never the product of a single theory but also requires using many other theories. When a “theoretical” prediction disagrees with “experimental” data, what this tells us is that that there is a disagreement between two sets of theories, so we cannot say that any particular theory is falsified.

Got that? And now that we’ve deep-sixed falsifiability as having anything to do with science, what’s the replacement?

Science studies . . . show[] that the strength of scientific conclusions arises because credible experts use comprehensive bodies of evidence to arrive at consensus judgments about whether a theory should be retained or rejected in favor of a new one. . . . It is the preponderance of evidence that is relevant in making such judgments, not one or even a few results.

Well, Mano, let’s consider my hypothesis that the thing that causes the sun to come up every morning is my going to sleep the night before.

I formulated this hypothesis a year ago based on some ten thousand consecutive nights where I had gone to sleep and the sun, therefore, arose the next morning.

I then tested the hypothesis for a full year of going to sleep every night and observing that sure enough, the sun arose every succeeding morning, 365 consecutive times. Surely my hypothesis has been established as true.

A friend points out that one time back in college I pulled an all-nighter, and the sun still came up. So what? Under Singham’s “science studies” principles, that’s just putting “one result” up against “the preponderance of the evidence.”

That one conflicting observation does not tell us that my hypothesis has been falsified, but rather only that “there is a disagreement between two sets of theories.” (Another thing that it might be telling us is that Singham is not very bright.)

Anyway, there is an obvious purpose for Singham’s piece appearing at this time in Scientific American, which is to attempt to defend the climate “science” scam against attacks that it is not real science because it lacks falsifiable hypotheses. Singham:

[The] knowledge [of science studies] equips people to better argue against anti-science forces that use the same strategy over and over again, whether it is about the dangers of tobacco, climate change, vaccinations, or evolution. Their goal is to exploit the slivers of doubt and discrepant results that always exist in science in order to challenge the consensus views of scientific experts.

I don’t know how Singham chose his examples of arguments used by what he calls “anti-science forces,” but a look at those examples demonstrates what his exercise is really about, which is exempting climate “science” from the requirement of falsifiable hypotheses.

The hypothesis that cigarette smoking is a significant factor in causing lung cancer could definitely be falsified by a study of thousands of randomly-selected non-smokers who developed lung cancer at the same rates as smokers.

The hypothesis that life forms change over time through a process of evolution could be falsified by the discovery of “fossil rabbits in the Precambrian,” in a famous formulation of J.B.S. Haldane that is actually quoted by Singham in his piece.

And vaccinations are subjected to double-blind clinical trials, which are explicit attempts to falsify the hypothesis that they are effective.

So the only one of the four examples selected by Singham that actually lacks falsifiable hypotheses, and that seeks to be “permanently immunized from falsification,” is climate change.

Overall, this is a thoroughly embarrassing performance, not just by Dr. Singham, but by Scientific American.

It is beyond explanation how the editors of this once-prestigious publication, with the term “Scientific” in its name, could have so completely lost track of what makes science.

And then to top it off, they call the people who actually understand what science is “anti-science.”

My message to the editors is this: The proponents of climate change alarmism, if they want to make any kind of legitimate claim to the mantle of “science,” need to specify the falsifiable hypothesis that they claim has been established, and also the evidence which, if it emerged, they would agree had falsified the hypothesis.

Until they do that, their assertions have no more claim to the label of “established science” than does my hypothesis that my going to bed is what causes the sun to come up the next morning.

Those of us who understand what the scientific method is are onto the climate scammers. As for Scientific American, your reputation at this point is beyond rehabilitation.

Video: Tony Heller
The fake news is coming so fast and furious now, I’m having to combine a lot of topics in shorter videos.

Junk Science Founder: Biden Climate Speech ‘One Falsehood After Another’

Don’t be too impressed by important people, son. They may have no idea what they’re doing. 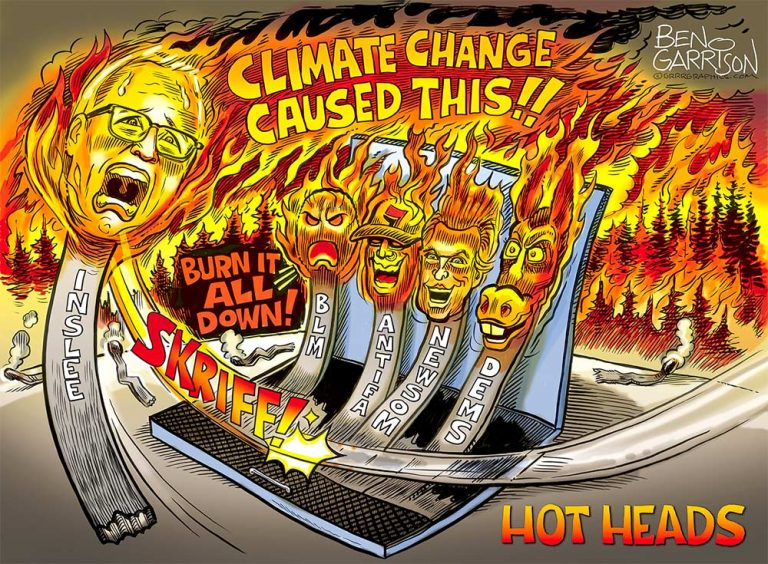 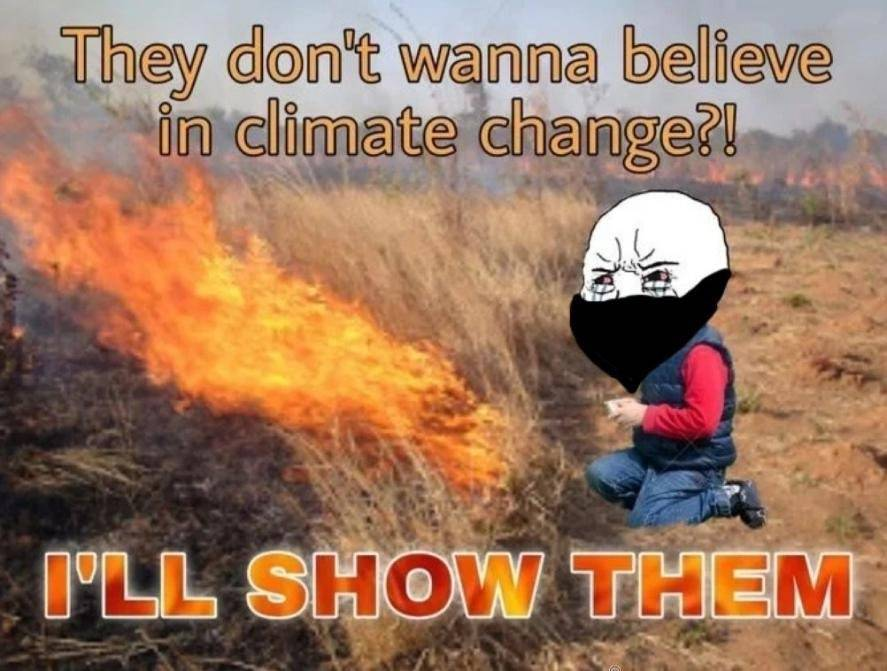 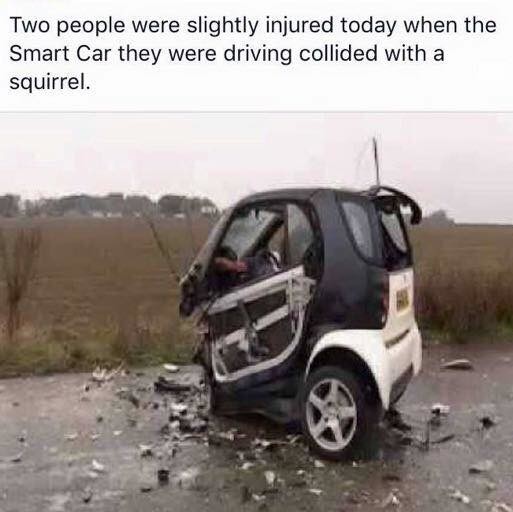 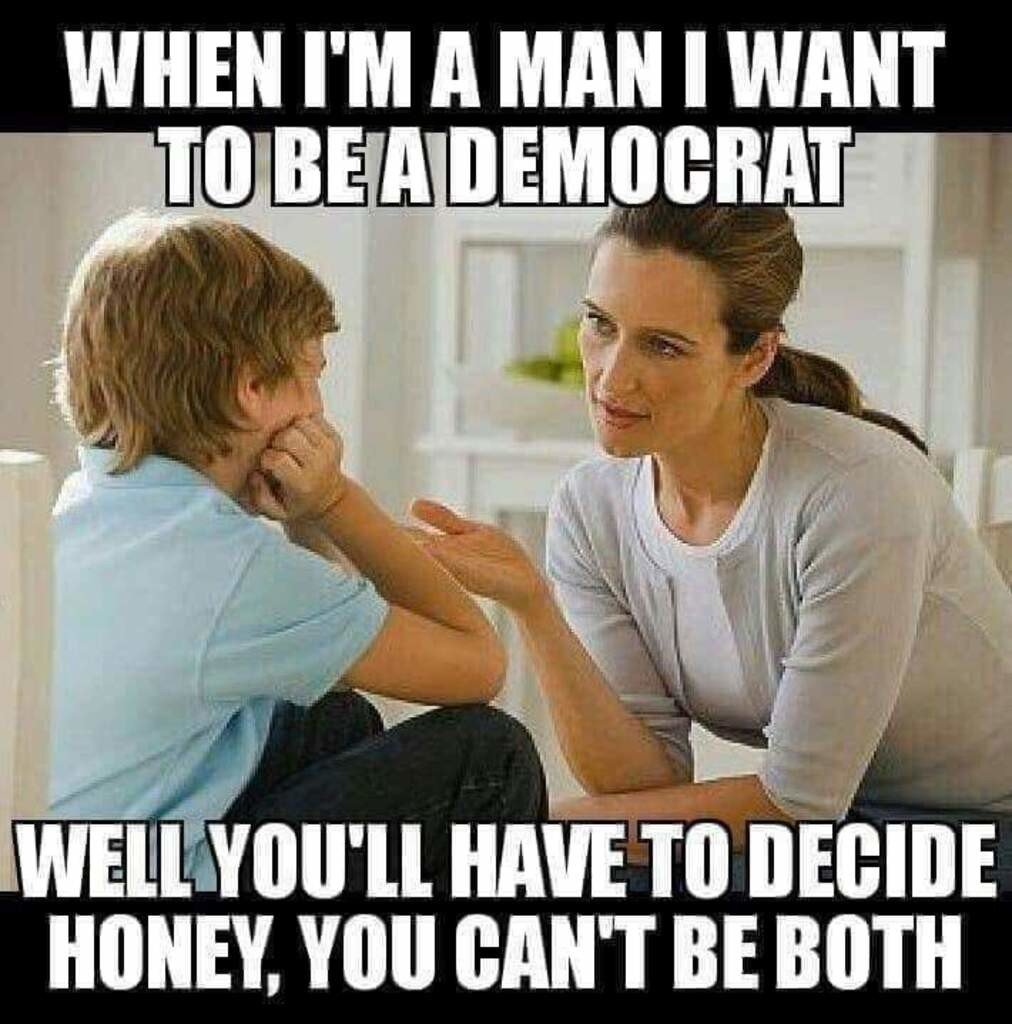