For you alarmists out there already rolling your eyes and thinking the parroted nonsense you’ve read in The Guardian utterly refutes this scientifically-sound reality, I urge you to objectively study this chart:

You warmists couldn’t have picked a better starting point than 1880 (highlighted by the vertical gray line). That year –the ‘supposed’ beginning of the industrial revolution (‘supposed’ because the revolution actually occurred between 1760 and 1840)– it turns out received the lowest solar output since those of the Dalton Minimum (1790-1830). The NASA chart also reveals Total Solar Irradiance (TSI) has been cumulatively building since exactly 1880. This 120+ years of solar output became so active and so sunspot-productive that it was designated as a Grand Solar MAXIMUM–the strongest maxima of the past 4,000 years, and in turn –surprise-surprise– global average temperatures rose with it.

Recently though (namely since the onset of Solar Cycle 24), activity on the sun has started to decrease, and although there is a complex lag between changes in solar activity and global temps (ocean thermal inertia being one likely cause), as eminent Russian space scientist Habibullo Abdussamatov points out: “[Nothing] will avert the onset of the next deep temperature drop, the 19th in the last 7500 years, which without fail follows after natural warming.”

This cherry-picked starting point of 1880 reminds me of the Arctic ice extent debacle. Those charged with pushing the global warming narrative (NOAA, NASA, and the IPCC) chose the year 1979 to begin their referencing. This was a deliberate choice, and the fact that it coincided with the start of satellite era is a coincidence, an excuse. We have reliable polar ice extent data going back to the 1920s at least (much further if you include ice cores, of course).

What this historical data crucially reveals is that, like with every aspect of our planet’s climate, events and phenomenons are always cyclic, never linear. And more to the point, these charts show that northern hemisphere sea ice extent was at an historically high level in 1979 and just five years prior had been at historically low levels.

The ebbing-&-flowing and melting-&-refreezing of the Arctic is even clearer in the ‘Vinnikov’ chart below. In addition, again note the historically high point of ‘sea ice amount’ NOAA begin their modern-day charts with.

This government obfuscation smacks you in the face, so hard it would appear that a lot of the population has been blinded. However, this is worse than mere obfuscation, this is outright fraud; because although these old records still exists, available for anyone to google, NOAA have replaced them with fake data which now shows an utterly unexplainable decrease in Arctic sea ice during the 1970s: 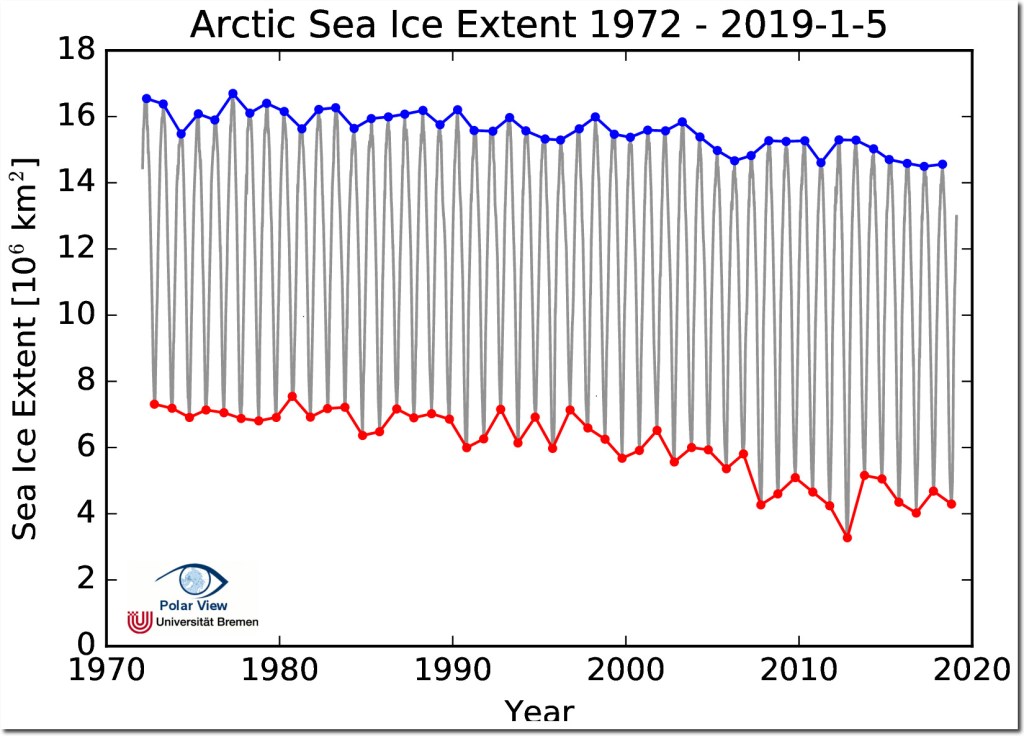 This outright fraud is being used as part of a dangerous ideological reshaping of our world, one driven by the whim of a handful of powerful elites.

The above mentioned correlations and accumulating evidence of an amplified solar effect on Earth’s climate (and an expanded article here) reveals a “unified theory” of climate change, whereby gravitational effects from planetary motions cause small changes in solar activity, which are then amplified via cosmic rays/clouds [Svensmark’s theory of cosmoclimatology], ozone, and ocean oscillations to cause large changes in Earth’s climate. 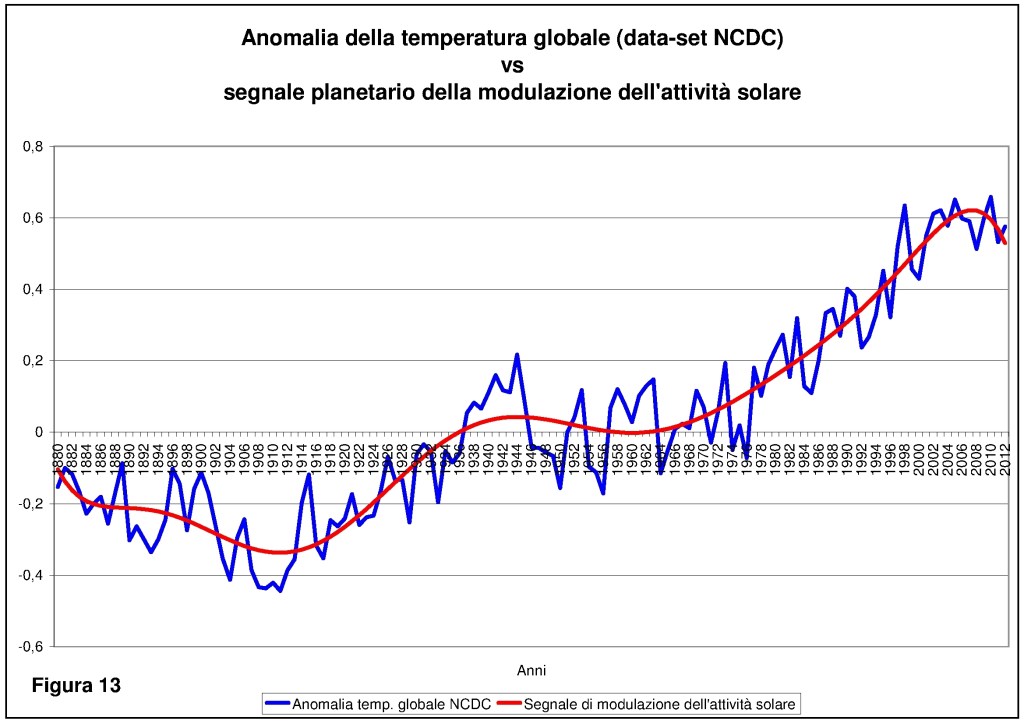 We humans have NO say in the multimillennial will of the cosmos. So please don’t fall for bogus political agendas. Not least because of the start climate reality that is actually fast-barreling towards us: the COLD TIMES are returning, the mid-latitudes are REFREEZING, in line with historically low solar activity, cloud-nucleating Cosmic Rays, and a meridional jet stream flow.

The (last) graph from NCDC used in the article above is FAKE!

And the measured temperature, before the activists counterfeited the data, shows no natural global warming, and even less “Man Made” (global warming).

In the measured temperature data sets the influence of the sun is even more obvious.

Congress Investigates the Appointment of Legates to NOAA

Most European citizens do not particularly care about climate change. That’s the striking finding from new research on the views of 70,000 randomly sampled European men and women. Only 5% described themselves as “extremely worried” about climate change. The climate and the environment ranked only fifth in people’s overall views about priorities. There was also scepticism that co-ordinated action, for example to cut personal energy use, would make much difference. More ..