The allegations came after a string of cases around the world in which China has been accused of overstepping to persecute its citizens far beyond its borders. Photograph: Cole Burston/AP

On a misty autumn morning, a cashier serves a constant stream of clients at a convenience store in a strip mall between a hotpot restaurant and a hair salon outside of Toronto.

A travel agent sorts through passports, arranges visas, and books tickets for her Chinese clientele in an office park a few miles away.

A local has gotten angry that he and his family have been included in a global controversy about a purported network of covert Chinese police stations while living on a quiet street in a nearby suburb.

“I don’t know what this is all about,” the man said. “There’s some kind of mistake. We have nothing to do with this. Look around. This is just a house.”

All three places have reportedly been connected to a network of unauthorized and unlawful Chinese “police stations” that are allegedly used to intimidate expatriates and exiles. The accusations followed a number of instances where China was alleged to have violated legal and diplomatic protocol in order to prosecute its citizens outside of its boundaries. 54 suspected Chinese police stations were described in a study published last month by the Madrid-based NGO Safeguard Defenders. This information prompted police investigations in a number of nations, including Germany, the Netherlands, and Canada. 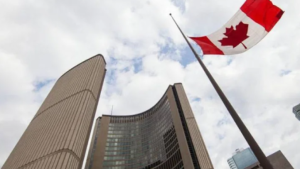 According to a statement made by the Canadian federal police on Thursday (Friday in Manila), they are looking into claims that Chinese expats have been harassed and unauthorized police stations have been established in Canada.