Michael Mann, who has a PhD in geology, says 1,200 PPM would create a world without clouds. 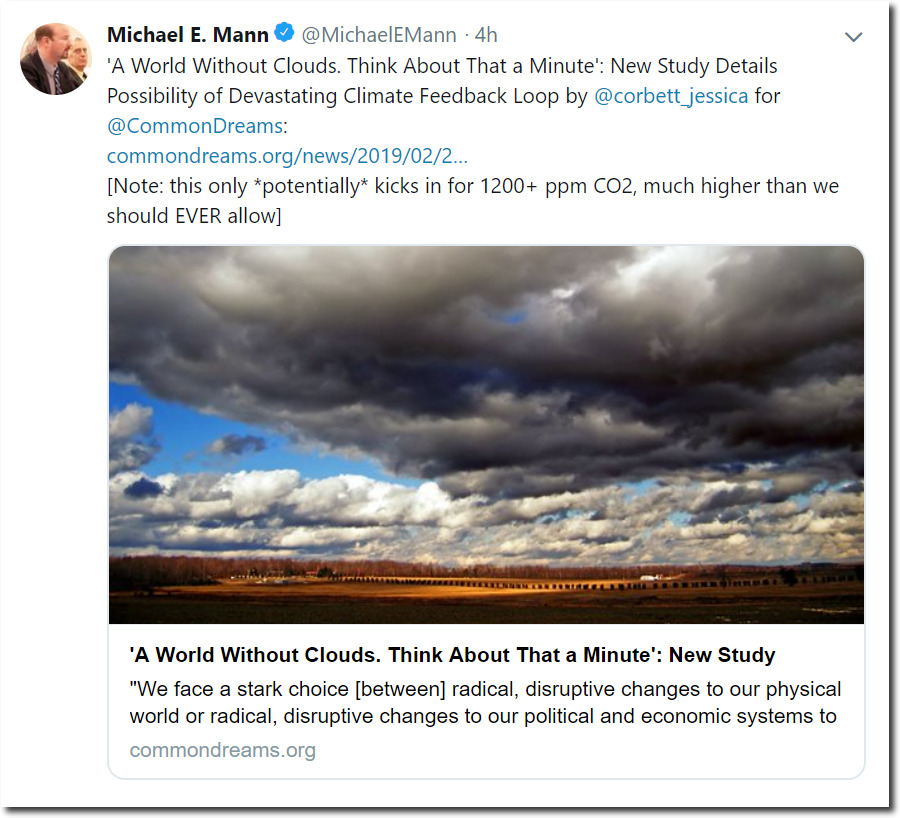 For the majority of time life has existed on Earth, atmospheric CO2 has been well above 1,200 PPM. There would be no oceans on Earth if there were no clouds.  How could any geologist be as clueless as Michael Mann? 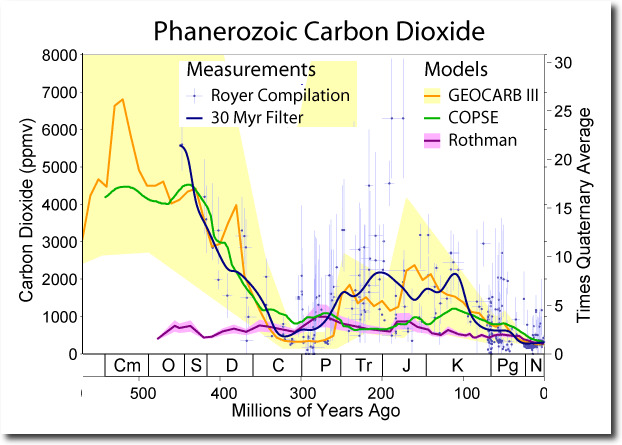 As I’ve stated many, many times, leftists are incredible stupid, here’s an example from the article:

“.. they are the same actors that hacked our election continue to try to hack our public discourse on climate change through manipulation of social media ..”

Well, paint me gray and warm me up with a hair dryer, that is both stupid and illogical.

See, leftist Rent & Grant Seeking activists really do need all the public money they can get, who else would hire brain dead people like this.