WASHINGTON – DC — President Donald Trump will reportedly announce that he intends to withdraw from the UN Paris climate pact. Trump will be fulfilling a key campaign promise and will be gutting what has been termed one of the “most expensive treaties in the history of the world.”

The Hill is reporting:

President Trump will pull the United States out of the Paris climate change agreement, Axios reported Wednesday. The report, citing two sources with “direct knowledge,” said Trump is working with a group led by Environmental Protection Agency (EPA) chief Scott Pruitt on the exact mechanism of pulling out before announcing his final decision. CBS News also reported that Trump is telling allies about his decision. The move marks a dramatic departure from the Obama administration, which was instrumental in crafting the deal. It also makes the U.S. an outlier among the world’s nations, nearly all of whom support the climate change accord. But Trump’s decision fulfills an original campaign promise he made just over a year ago to “cancel” the accord.

The Associated Press is reporting:

A White House official says President Donald Trump is expected to withdraw the United States from the Paris climate accord. But the official says there may be “caveats in the language” that Trump uses to announce the withdrawal – leaving open the possibility that the decision isn’t final.

According to Axios, GOP Senators played a key role in influencing Trump to pull out of the UN climate pact.

Axios: How it happened: A letter from 22 Republican Senators (including Mitch McConnell) that called for a clean exit had reinforced Trump’s instincts to withdraw, and the president had been telling confidants over the past week that he was going to pull out.

Climate Depot’s Marc Morano statement: “A U.S. Clexit (Climate Exit from UN Paris Pact) is a victory for science. President Trump today, in one swoop, made perhaps the most consequential decision of his presidency both in domestic and international policy by announcing a Clexit of the U.S. from the UN Paris agreement. One of Trump’s core political principles has been an America first policy and knowing the art of a deal. Trump realized that the UN Paris climate pact would not serve the interests of U.S. foreign policy or domestic energy policy. The near total dismantling of former President Obama’s “climate legacy” is now almost complete. Bravo!  President Trump understands that the UN has no interest in climate. The UN’s real goal is “global governance” and “wealth redistribution.” Flashback: UN IPCC Official Edenhofer: ‘We Redistribute World’s Wealth By Climate Policy’

Climate Depot’s Morano predicted Trump’s actions today back in November 2016 while attending the UN climate summit in Morocco. Morano was ejected from the summit for shredding the UN Paris agreement. See: UN Armed Security Shuts Down Skeptics After SHREDDING UN Climate Treaty at Summit Next To Trump Cut-out – November 16, 2016

A UN climate agreement is totally meaningless when it comes to the climate. University of Pennsylvania Geologist Dr. Robert Giegengack  has noted: “None of the strategies that have been offered by the U.S. government or by the EPA or by anybody else has the remotest chance of altering climate if in fact climate is controlled by carbon dioxide.”

Climate Depot Marc Morano adds: In layman’s terms: All of the so-called ‘solutions’ to global warming are purely symbolic when it comes to climate. So, even if we actually faced a climate catastrophe and we had to rely on a UN climate agreement, we would all be doomed!  Make no mistake, climate campaigners who tout UN agreements and EPA regulations as a way to control Earth’s temperature and storminess are guilty of belief in superstition. Today, America rejects superstition and the belief that government regulations and UN agreements can control the climate.

NASA’s former lead global warming scientist Dr. James Hansen is also not a big fan of the UN Paris accord. See: ‘Fraud, Fake…Worthless Words’: NASA’s James Hansen on UN Paris Pact – Trump should take note – “[The Paris agreement] is a fraud really, a fake. It’s just bullshit for them to say: ‘We’ll have a 2C warming target and then try to do a little better every five years.’ It’s just worthless words. There is no action, just promises. As long as fossil fuels appear to be the cheapest fuels out there, they will be continued to be burned.”

Climate experts who have looked at the UN climate agreement think Trump is correct to dismantle it. Danish statistician Bjorn Lomborg wrote “Trump’s climate plan might not be so bad after all.” Lomborg added that Trump withdrawing from the UN treaty “will will stop the pursuit of an expensive dead end” because even if you accept the climate claims of the UN, the agreement “will matter very little to temperature rise.” (Also see: Bjorn Lomborg: ‘Germany Spends $110 Billion to Delay Global Warming by 37 Hours’)

Statistician: UN climate treaty will cost $100 trillion – To Have No Impact – Postpone warming by less than four years by 2100

Lomborg: “If the U.S. delivers for the whole century on the President Obama’s very ambitious rhetoric, it would postpone global warming by about eight months at the end of the century.”

Danish statistician Dr. Bjorn Lomborg, the President of the Copenhagen Consensus Center: “We will spend at least one hundred trillion dollars in order to reduce the temperature by the end of the century by a grand total of three tenths of one degree…the equivalent of postponing warming by less than four years…Again, that is using the UN’s own climate prediction model.” “But here is the biggest problem: These minuscule benefits do not come free — quite the contrary. The cost of the UN Paris climate pact is likely to run 1 to 2 trillion dollars every year.”

Lomborg Blasts UN Paris Treaty’s $100 Trillion Price Tag For No Temp Impact: ‘You won’t be able to measure it in 100 years’ – Bjorn Lomborg: The debate about the UN Paris Agreement is “about identity politics. It’s about feeling good… but the climate doesn’t care about how you feel.”
Bjorn Lomborg on UN climate deal: ‘This is likely to be among most expensive treaties in the history of the world’ Trump is pulling U.S. out of Paris climate deal

President Trump has made his decision to withdraw from the Paris climate accord, according to two sources with direct knowledge of the decision. Details on how the withdrawal will be executed are being worked out by a small team including EPA Administrator Scott Pruitt. They’re deciding on whether to initiate a full, formal withdrawal — which could take 3 years — or exit the underlying United Nations climate change treaty, which would be faster but more extreme.

Why this matters: Pulling out of Paris is the biggest thing Trump could do to unravel Obama’s climate legacy. It sends a combative signal to the rest of the world that America doesn’t prioritize climate change and threatens to unravel the ambition of the entire deal.

The other outliers: The only other two countries that aren’t supporting the deal are Nicaragua and Syria.

How it happened: A letter from 22 Republican Senators (including Mitch McConnell) that called for a clean exit had reinforced Trump’s instincts to withdraw, and the president had been telling confidants over the past week that he was going to pull out.

Life size stand up of Trump taken down — Would UN have objected if life size Obama image were displayed instead?

The “Talking Points Memo,” by Marc Morano of CFACT’s Climate Depot, is a complete skeptics’ guide for elected officials, media and the public on how to discuss global warming backed up by dozens of citations to peer-reviewed research. “Make no mistake, climate campaigners who tout UN agreements and EPA regulations as a way to control Earth’s temperature and storminess are guilty of belief in superstition,” he added.

Emotions seem to be running high over whether trump will stay or exit the Paris Climate Agreement of 2015. Earlier, we reported President Trump will pull the United States out of the Paris climate change agreement, according to several sources on Wednesday. 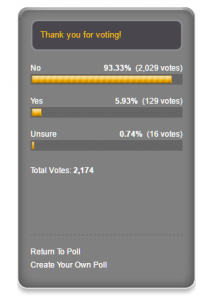 Yep…time to pull out
Trump expected to pull out of Paris climate agreement https://t.co/r2VxiUBFDx #ParisAgreement pic.twitter.com/eaBDJPMQrJ