In his book The Global Warming Hypothesis is an Unproven Hypothesis, Dr. Nakamura explains why the data foundation underpinning global warming science is “untrustworthy” and cannot be relied on:

“Global mean temperatures before 1980 are based on untrustworthy data,” writes Nakamura. “Before full planet surface observation by satellite began in 1980, only a small part of the Earth had been observed for temperatures with only a certain amount of accuracy and frequency. Across the globe, only North America and Western Europe have trustworthy temperature data dating back to the 19th century.”

From 1990 to 2014, Nakamura worked on cloud dynamics and forces mixing atmospheric and ocean flows on medium to planetary scales. His bases were MIT (for a Doctor of Science in meteorology), Georgia Institute of Technology, Goddard Space Flight Center, Jet Propulsion Laboratory, Duke and Hawaii Universities and the Japan Agency for Marine-Earth Science and Technology.

There is no questioning his credibility or knowledge.

Today’s ‘global warming science’ is akin to an upside down pyramid which is built on the work of a few climate modelers. These AGW pioneers claim to have demonstrated human-derived CO2 emissions as the cause of recently rising temperatures and have then simply projected that warming forward. Every climate researcher thereafter has taken the results of these original models as a given, and we’re even at the stage now where merely testing their validity is regarded as heresy.

Here in Nakamura, we have a highly qualified and experienced climate modeler with impeccable credentials rejecting the unscientific bases of the climate crisis claims. But he’s up against it — activists are winning at the moment, and they’re fronted by scared, crying children; an unstoppable combination, one that’s tricky to discredit without looking like a heartless bastard (I’ve tried). 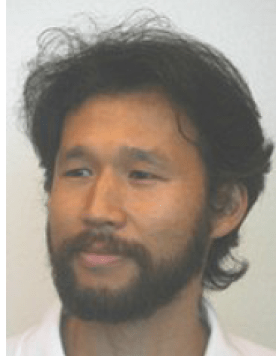 When arguing against global warming, the hardest thing I find is convincing people of data falsification, namely temperature fudging. If you don’t pick your words carefully, forget some of the facts, or get your tone wrong then it’s very easy to sound like a conspiracy crank (I’ve been there, too).

But now we have Nakamura.

The good doctor has accused the orthodox scientists of “data falsification” in the form adjusting historical temperature data down to inflate today’s subtle warming trend — something Tony Heller has been proving for years on his website realclimatescience.com.

Nakamura writes: “The global surface mean temperature-change data no longer have any scientific value and are nothing except a propaganda tool to the public.”

The climate models are useful tools for academic studies, he admits. However: “The models just become useless pieces of junk or worse (as they can produce gravely misleading output) when they are used for climate forecasting.”

Climate forecasting is simply not possible, Nakamura concludes, and the impacts of human-caused CO2 can’t be judged with the knowledge and technology we currently possess.

The models grossly simplify the way the climate works.

As well as ignoring the sun, they also drastically simplify large and small-scale ocean dynamics, aerosol changes that generate clouds (cloud cover is one of the key factors determining whether we have global warming or global cooling), the drivers of ice-albedo: “Without a reasonably accurate representation, it is impossible to make any meaningful predictions of climate variations and changes in the middle and high latitudes and thus the entire planet,” and water vapor.

The climate forecasts also suffer from arbitrary “tunings” of key parameters that are simply not understood.

“The real or realistically-simulated climate system is far more complex than an absurdly simple system simulated by the toys that have been used for climate predictions to date, and will be insurmountably difficult for those naive climate researchers who have zero or very limited understanding of geophysical fluid dynamics. The dynamics of the atmosphere and oceans are absolutely critical facets of the climate system if one hopes to ever make any meaningful prediction of climate variation.”

Solar input is modeled as a “never changing quantity,” which is absurd.

“It has only been several decades since we acquired an ability to accurately monitor the incoming solar energy. In these several decades only, it has varied by one to two watts per square meter. Is it reasonable to assume that it will not vary any more than that in the next hundred years or longer for forecasting purposes? I would say, No.”

Read Mototaka Nakamura’s book for free on Kindle — arm yourself with the facts, and spread them.

Facts such as these little nuggets (all lifted/paraphrased from the book):

“[The models have] no understanding of cloud formation/forcing.”

“Assumptions are made, then adjustments are made to support a narrative.”

“Our models are mickey-mouse mockeries of the real world.”

Solar output isn’t constant, IPCC. And the modulation of cloud nucleation is a key consequence. During solar minima, like the one we’re entering now, the sun’s magnetic field weakens and the outward pressure of the solar wind decreases. This allows more Cosmic Rays from deep space to penetrate our planet’s atmosphere. These CRs have been found to nucleate clouds (Svensmark et al). And clouds are a crucial player earth’s climate.

“Clouds are the Earth’s sunshade, and if cloud cover changes for any reason, you have global warming — or global cooling.”