Days after THE WARMEST YEAR EVER !!

It’s a lot of snow – so much snow, in fact, that Monarch Mountain is the second ski resort in two days to say it can’t open due to too much of that white powder. 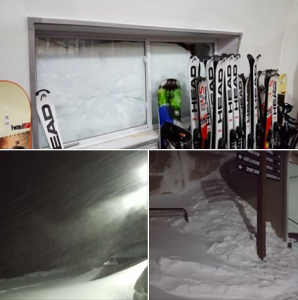 “Monarch Pass is closed all night for avalanche control, preventing Monarch Mountain maintenance, food service and grooming crews from reaching the mountain,” the resort wrote on Facebook Tuesday. “Stay tuned for information on status and conditions for tomorrow, Jan. 11.”

Crested Butte announced Monday that it would have to close its lifts due to safety concerns arising from too much snow. On Tuesday, they tweeted they were working on getting everything back open.