There’s not a hole deep enough on this earth for terrorists to hide, for the american military might not to find them, to deliver justice, but they keep trying – all kinds of holes.

There’s no place for this kind of barbaric, evil ideology in a modern, enlighten world.

Thank you President Trump and America!

Sky News host Andrew Bolt says “may he rot in hell for the hell he caused here on Earth”, after reports have confirmed ISIS leader Abu Bakr al-Baghdadi has been killed.

Spectator Australia contributor Daisy Cousens says the media’s lack of “unencumbered praise” for Donald Trump, after the death of ISIS leader Abu Bakr al-Baghdadi, must stem from a fear that it will “take the focus off impeachment”. 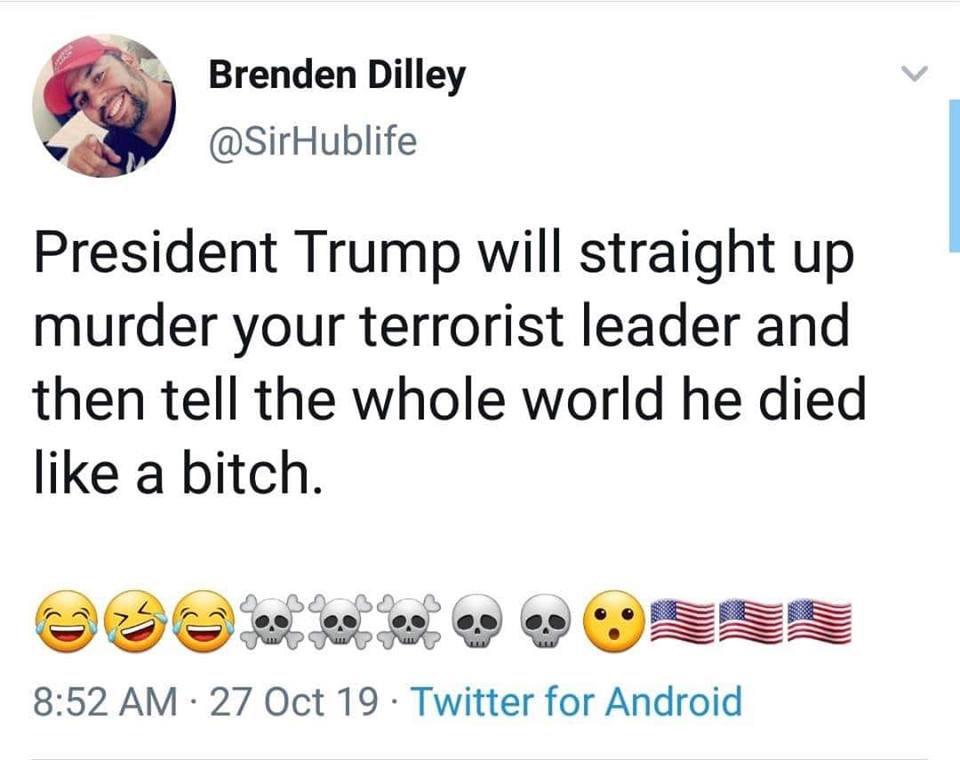