While eastern Australia has been grabbing the cold headlines of late, Antarctic air is now punishing the west, with Perth, the capital of Western Australia, copping a brutal shot of polar cold Tuesday morning, June 22.

Perth just endured its coldest night in two years, brought on by winds from the Antarctic, reports abc.net.au.

“The cold front that moved through on Sunday and Monday is bringing a very cold air mass up from the Antarctic from the south,” BOM senior meteorologist Steph Bond said.

But this contradicts what NIWA Meteorologist Ben Noll said just last week when attempting to explain-away Antarctica’s near record-breaking low of -81.7C (-115F) as well as its historically chilly season thus far.

Noll was keen to blame the icy continent’s anomalous chill on a strong polar vortex, which he said has “kept all of these cold temperatures locked in over the Antarctic continent, and they haven’t been able to really push north — whether it’s to Australia, New Zealand or South America — they’ve been kind of stuck here.”

But this is patently untrue…

There were even lower temperatures recorded in the surrounding suburbs, with Jandakot in Perth’s south falling to 0.1C (32.2F) just before 7:30am. 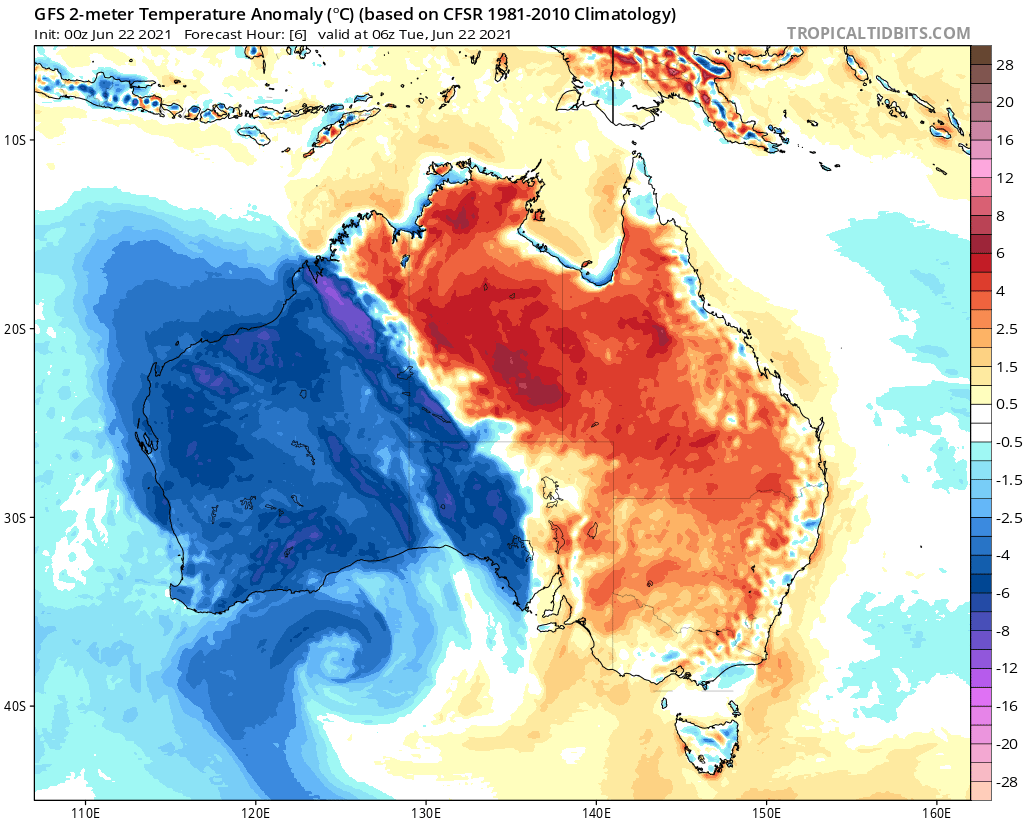 A meridional jet stream flow brings cold to the west and warmth of the east: GFS 2m Temp Anomalies (C) for June 22 [tropicaltidbits.com].

Perth’s coldest-ever recorded temperature was the 0.7C (33.3F) from 2007 (solar minimum of cycle 24), and, according to Bond, “We’re looking at very similar conditions across the south-west parts of WA with that ridge sitting over the top of us.”

Bond expects the cold front to last for another few days, and the latest GFS run (shown below) appears to back this up, suggesting that the front will actually begin extending west on Wednesday, June 23, to have engulfed much of the Aussie continent by Friday, June 25. 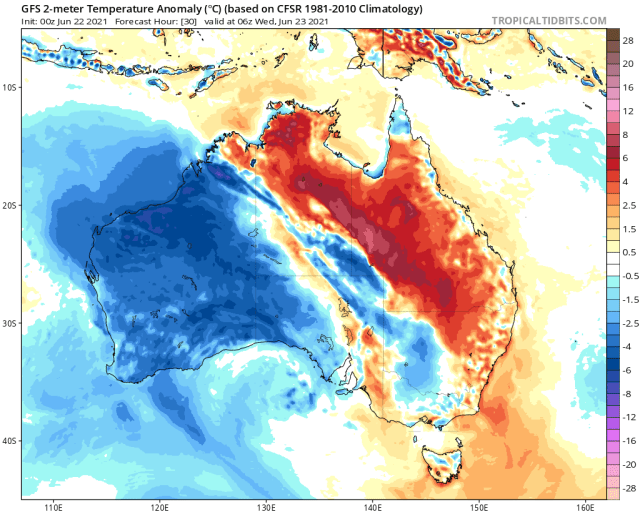 Antarctica continues to suffer an anomalous chill of late.

As revealed by the University of Maine in their ‘Climate Reanalyzer’ product, anomalies are currently sitting -4.4C below the 1979-2000 average, with the world as whole holding at a catastrophically high +0.1C above the base: 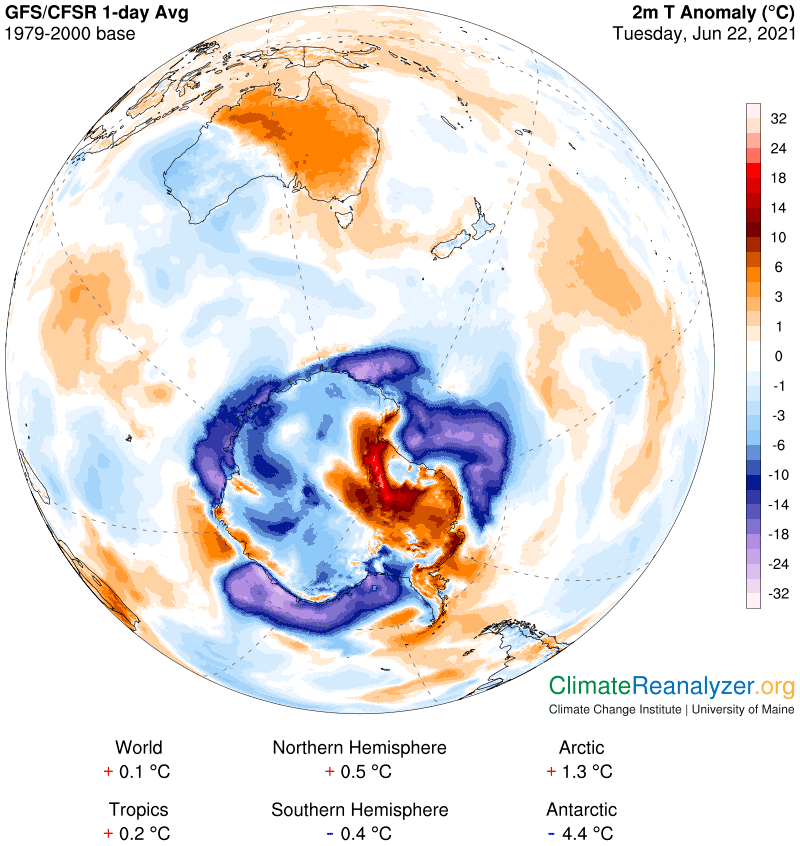 You will not see this data across the propagandizing mainstream media as it is an all-too compelling rebuttal to the anthropogenic global warming narrative. If this data did ever reach the masses then the cause for alarm would dissipate, and what good is a comfortable, free-thinking populous to our agenda-driving elites? It is far harder for those on high to impose their will on a population that is not kept in a perpetual state of fear, and they know this… Full story …