Image: What Is Logic? What Is Critical Thinking?

But it’s not getting warmer, i.e. CO2 do not make anything warmer! 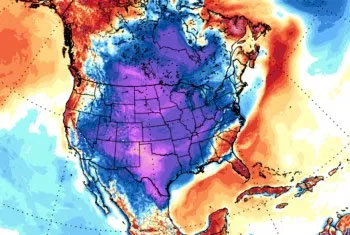 Record cold and snowfall hit many parts of North America over the Easter weekend, continuing what has so far been a largely Arctic April.

A winter storm system moved through Iowa on Sunday delivering between three inches and a foot to the majority of locations — several northern Iowa towns saw all-time records tumble:

The 3.7 inches that fell at Sioux Gateway Airport broke the record for April 12th; it also made it the second-highest Easter snowfall ever behind the 4.7 inches during Easter 1929.

The town of Ringsted in Emmet County (also Iowa) came in with a record-busting 11 inches.

Robert “Lightning” Petersen was the man to log the accumulation — he uses his back yard measuring equipment to keep track of snow and rainfall. He works in concert with the National Weather Service out of Johnston.

When the snow fell on Easter Sunday, Petersen checked his 12-inch gauge and was shocked to discover the almost 1 foot total, reports whotv.com/news.

“I was flabbergasted because it was not a blizzard activity during the day,” said Petersen. “But holy smokes, when I got that gauge up on the deck, it was plum full. I thought it can’t be. I must be seeing things.”

Nearby Sioux Falls, South Dakota saw a whopping 5.2 inches on Monday, the most snowfall on any date in the city going back to 1893.

The COLD TIMES are returning, the lower latitudes (where us humans reside) are REFREEZING; in line with historically low solar activity, cloud-nucleating Cosmic Rays, and a meridional jet-stream flow.

Even NASA agrees, in part at least, with their forecast for this upcoming solar cycle (25) revealing it will be “the weakest of the past 200 years,” with the agency correlating previous solar shutdowns to prolonged periods of global cooling here.

Don’t fall for bogus warm-mongering political agendas — our future is one of ever-descending COLD & CROP LOSS.

More logic, after the Little Ice Age (LIA) the world got a little warmer (no, it had nothing to do with CO2 from humans) and glaciers started melting ..: