Related: Australian Bushfires Much Worse In 1974/5

CFACT recently traveled to Australia where we did some serious policy work. Over the years the bonds of friendship we forged with our Australian friends and colleagues have become unbreakable. This is personal.

The massive bush fires plaguing Australia are a nightmare. The toll they have taken on Australia’s people and wildlife are heart-rending.

Those exploiting this tragedy to push the global warming agenda are a nightmare all their own.

Hollywood actors, despite host Ricky Gervais joking that they tend to have less schooling than Greta Thunberg, used the Golden Globes to push the warming narrative. “The tragedy unfolding in Australia is climate-change based,” Australian Russel Crowe said in a message. “When one country faces a climate disaster, we all face a climate disaster, so we’re in it together,” Cate Blanchett said. This is nonsense and is being parroted throughout the media.

If there’s a human element to Australia’s bush fires it is Greens preventing forest management coupled with arson by rogues. The rest is natural, historically normal, and NOT climate. 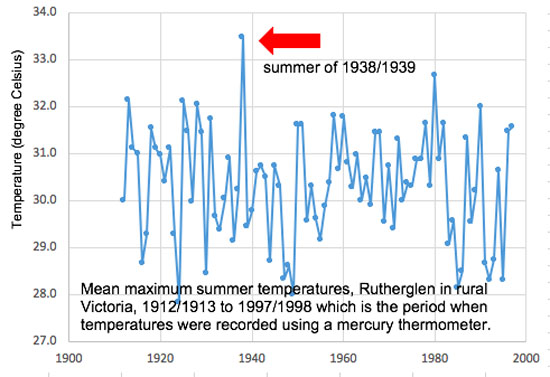 Dr. Jennifer Marohasy is an Australian environmental scientist.  She shared the hard data at CFACT.org that reveals that this year’s temperature in Australia, though certainly scorching hot, is also historically normal, with the summer of 1938-1939 possibly Australia’s hottest.  Australia’s hottest ever reliable temperature recording was 51.7 degrees Celsius (125 degrees Fahrenheit) at the Bourke Post Office on January 3, 1909.  In addition, this year’s bush fires, despite their terrible toll on people and wildlife, are by no means Australia’s largest.

Australia’s most widespread fires likely occurred “on 13th January 1939 (Black Friday), 2 million hectares burnt with ash reportedly falling on New Zealand. That was probably the worst bush fire catastrophe in Australia’s modern recorded history in terms of area burnt and it was 80 years ago.” 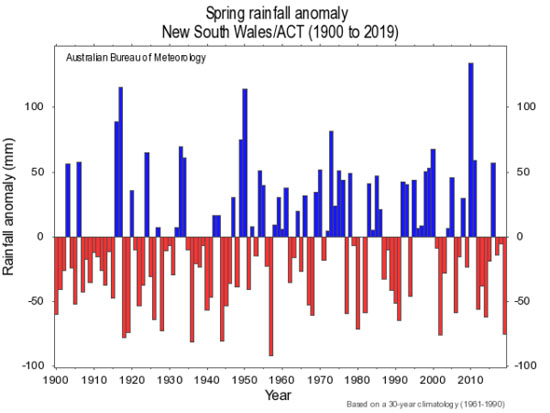 While Australia may be bone dry, its rainfall is historically normal.  Check out the 1950s on the graph above.  Delingpole never minces words.  “So, to be clear, there is zero evidence of any change in climatic conditions that might have increased the likelihood or severity of these bush fires. This is not — repeat NOT — a man-made climate change story, and anyone who claims otherwise is either a gullible idiot or a lying charlatan.”

While the conditions that made Australia ripe for bush fires are normal weather, there may indeed be an “anthropegnic” link.  Green campaigners have been deliberately interfering with efforts by their government to clear brush and conduct controlled burns to create fire breaks.  Then there’s arson.  Well over one hundred arsonists have been arrested.  The Greens were idiots.  The arsonists evil.

None of this has anything to do with your free economy or use of energy.  Once again your over-the-top lifestyle, SUV and refrigerator are off the hook.

Let us all pray for Australia, and follow up our prayers with whatever generous and effective aid is required.

The next time you hear someone shamelessly using Australia’s fires to push the global warming agenda, or even worse, Socialism, show them the facts. 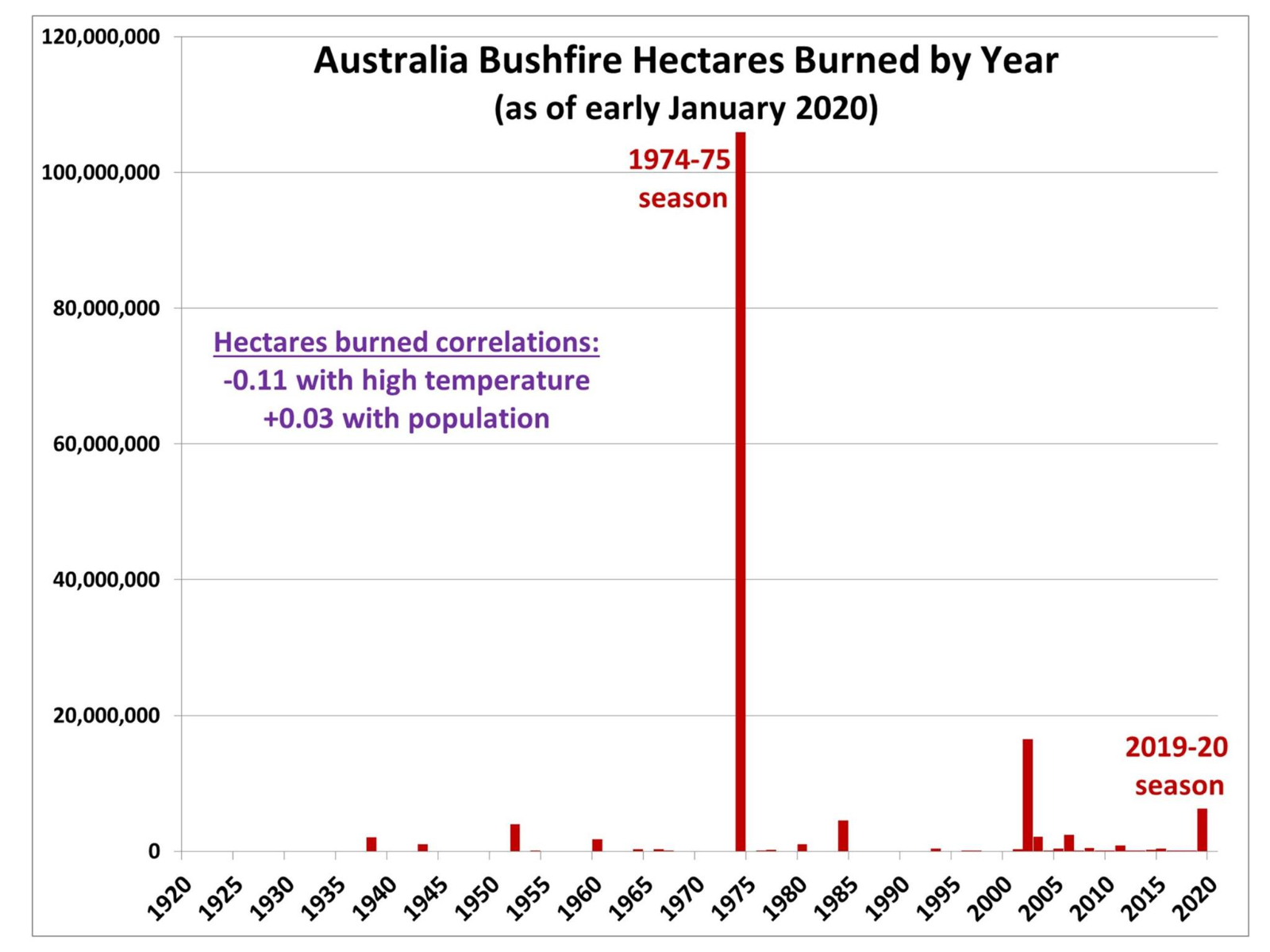 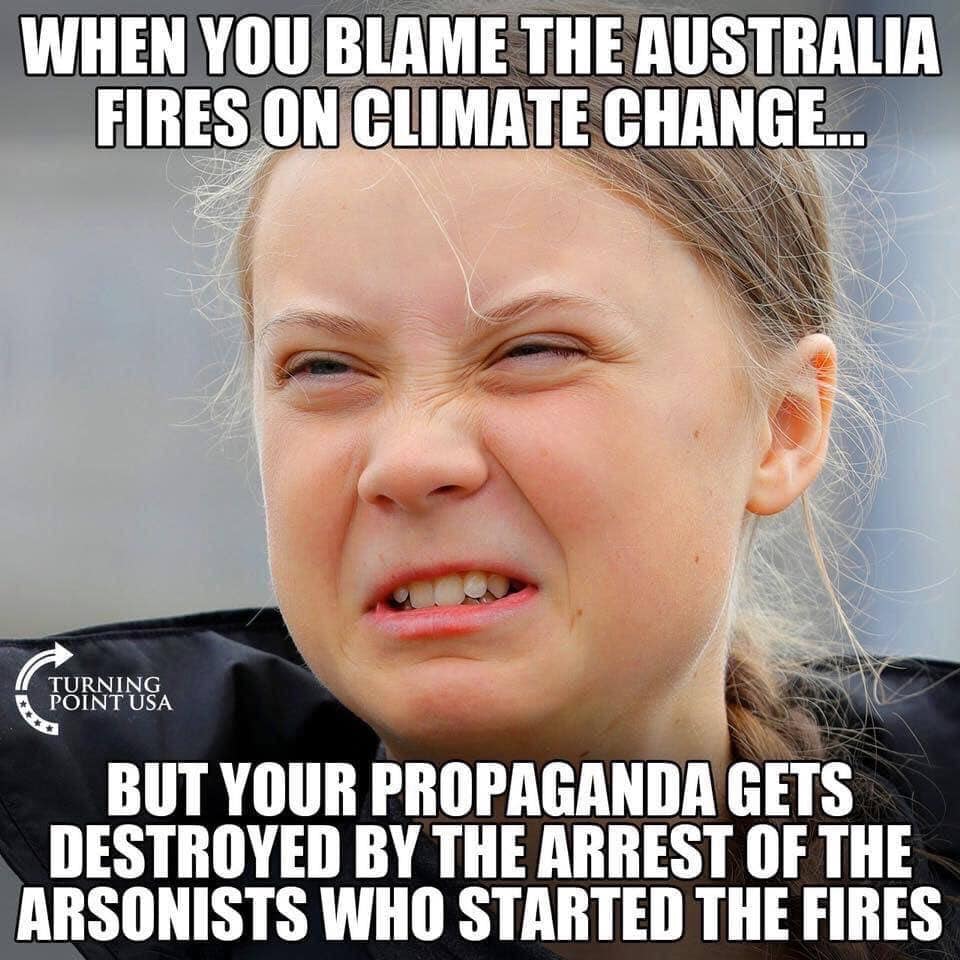 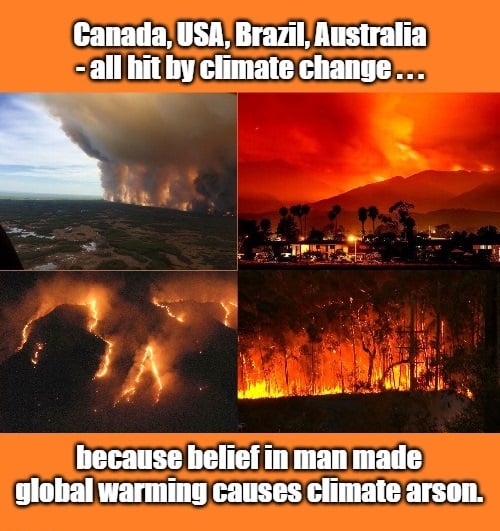 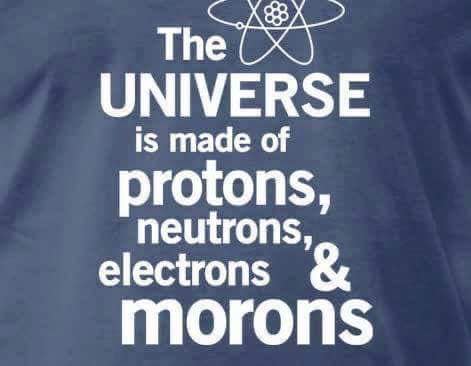 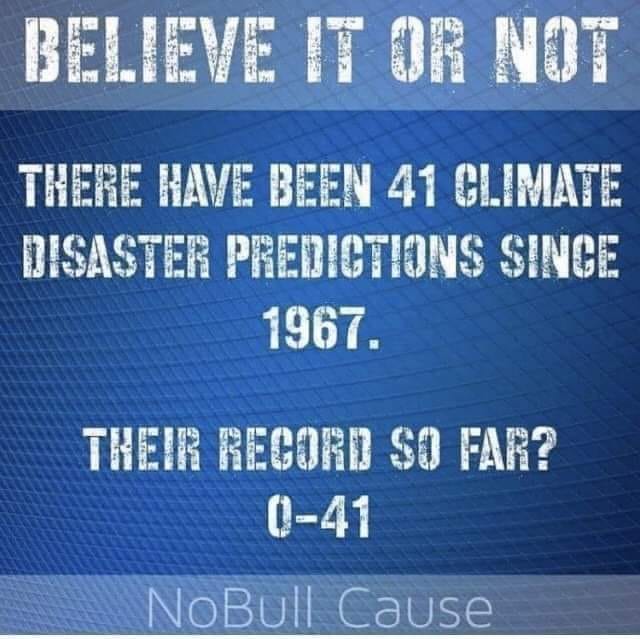