Troy Wragg and Amanda Knorr in their Mantria Corp. offices in 2009

One of three scam artists behind a $54 million ponzi scheme was sentenced to prison for her role in the biggest ‘green energy’ scams in US history, according to NBC New York.

35-year-old Amanda Knorr of Hellertown, Pennsylvania received just 30 months in federal prison for a ponzi scheme involving her 2005 startup, Mantria, in which “many people lost their life savings,” according to assistant US Attorney Robert Livermore following Knorr’s sentencing.

Knorr and fellow Mantria co-founder Troy Wragg both graduated in 2005 from Temple University and within four years had raised $54 million from hundreds of investors. Most of the investors were wooed through seminars run by Wayde McKelvey, of Colorado.

Their pitch about producing biochar, however, turned out to be completely baked, according to prosecutors, and eventually proved to be a giant Ponzi scheme. –NBC New York

According to federal prosecutors, Mantria never came close to producing biochar at their Tennessee facility. At seminars run by “wealth advisor” Wayde McKelvy of Colorado, investors were told a different story. “These investors, husbands and wives nearing retirement, retirees looking to invest their savings, and other small-time prospectors, were wooed by the idea of big profits from clean energy: getting rich and saving the world,” according to the report.

McKelvy was convicted in October on charges of wire fraud and securities fraud, and is currently appealing his conviction. Wragg’s sentencing is set for June. 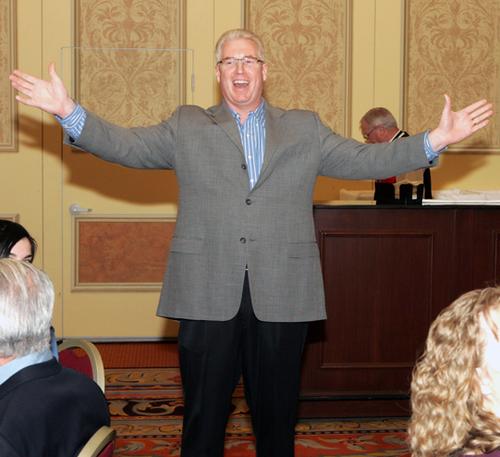 “Instead of high returns, the over 300 victims of this fraud unwittingly invested in uninhabitable land and a bogus trash-to-green energy business idea based on bogus scientific methodology, said US Attorney William McSwain last October after McKelvy’s conviction.

The fraudsters were honored by former President Bill Clinton in a 2009 ceremony for the Clinton Global Initiative before the scam came to light. After Mantria was first charged by the Securities and Exchange Commission for selling millions in unlicensed securities in 2009, the case was known as “the biggest green scam” in the history of the United States, according to the report. 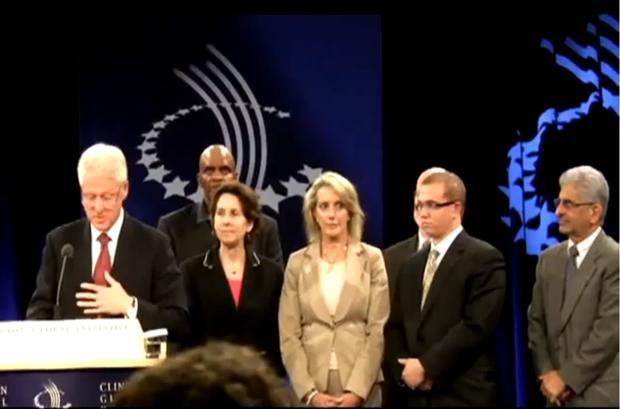 Troy Wragg, right, on stage in 2009 with former President Bill Clinton during a ceremony of the Clinton Global Initiative.
Photo credit: Youtube via NBC New York

Of the $54 million thought to have been invested in Mantria, $17 million was returned to early investors to keep the Ponzi scheme going, while misleading new investors into thinking the venture was hugely profitable. By the time they were shut down by the SEC in 2009, Mantria had just $790,000 of the remaining $37 million.

Wragg, in an interview with Metro newspaper in 2009, said he didn’t spend lavishly despite the influx of millions to his company.

But the newspaper noted that he did drive around in a Mercedes SLK350 with a “MANTRIA” vanity license plate.

A class action lawsuit filed in federal court eventually recovered about $6 million for victims of the scheme. Another $800,000 was placed in a receivership, overseen by a Colorado accountant John Paul Anderson. –NBC New York

Anderson – the accountant tasked with dispersing funds recovered in the class action lawsuit, has yet to distribute the money which remains in receivership.