Image: Agenda 2030 And Your Carbon Allowances

Related: The Impossibility Of The 1.5C Target

Most agreements depicted in the graph below was supposed to mitigate climate effects and reduce CO2 .. Does it look like the CO2 level has been affected?? 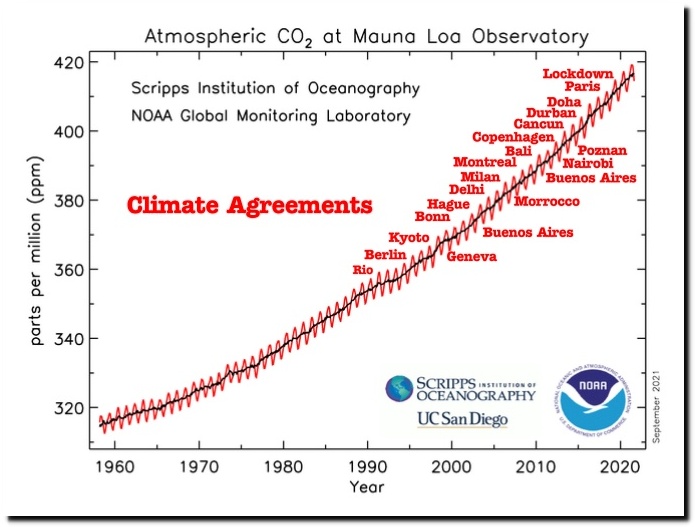 It’s almost like we don’t pay billions in “green” taxes every year, money that was suppose to reduce CO2 in the atmosphere, I guess we have paid too little (or, perhaps sending money to criminals actually doesn’t help no matter how much we send, and perhaps humans don’t control outgassing from the oceans, or Henry’s Law?)

Video: Tony Heller
If @latimes editors actually read their own newspaper, they might not be quite as ignorant and superstitious.

An energy coalition launched by Bill Gates is backing a new publication called “Cipher” dedicated to the coverage of the imaginary climate crisis. The $22 Billion carcass is too tempting, the vultures stands ready to steal as much as possible, in any way possible ..: