Related: New Scientific Study finds we could be entering the next Grand Solar Minimum

About the article, below:

First of, there’s no such thing as “greenhouse gases” in the real world, second, when they talk about “climate change” they mean (Man Made) Global Warming, something everyone can see doesn’t exist, a fact that the empirical data also shows.

The atmosphere can not warm itself which, in fact it would do if “greenhouse gases” really did exist, and it had the physical property as described by the “Green” Rent & Grant Seeking Community of Activists and Criminals (mostly Criminals).

Energy transportation below 1000 m. is not done by radiation, but by kinetic energy transfer and by dry and wet convection/advection.

No need to spend time on the rest of the nonsense, it’s obvious they do not understand what they have measured!

But hey, they did get money ..

While greenhouse gases are warming Earth’s surface, they’re also causing rapid cooling far above us, at the edge of space. In fact, the upper atmosphere about 90km above Antarctica is cooling at a rate ten times faster than the average warming at the planet’s surface.

Our new research has precisely measured this cooling rate, and revealed an important discovery: a new four-year temperature cycle in the polar atmosphere. The results, based on 24 years of continuous measurements by Australian scientists in Antarctica, were published in two papers this month.

The findings show Earth’s upper atmosphere, in a region called the “mesosphere”, is extremely sensitive to rising greenhouse gas concentrations. This provides a new opportunity to monitor how well government interventions to reduce emissions are working.

Our project also monitors the spectacular natural phenomenon known as “noctilucent” or “night shining” clouds. While beautiful, the more frequent occurrence of these clouds is considered a bad sign for climate change.

Since the 1990s, scientists at Australia’s Davis research station have taken more than 600,000 measurements of the temperatures in the upper atmosphere above Antarctica. We’ve done this using sensitive optical instruments called spectrometers.

These instruments analyse the infrared glow radiating from so-called hydroxyl molecules, which exist in a thin layer about 87km above Earth’s surface. This “airglow” allows us to measure the temperature in this part of the atmosphere. 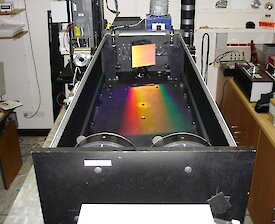 Our results show that in the high atmosphere above Antarctica, carbon dioxide and other greenhouse gases do not have the warming effect they do in the lower atmosphere (by colliding with other molecules). Instead the excess energy is radiated to space, causing a cooling effect.

Our new research more accurately determines this cooling rate. Over 24 years, the upper atmosphere temperature has cooled by about 3℃, or 1.2℃ per decade. That is about ten times greater than the average warming in the lower atmosphere – about 1.3℃ over the past century.

Rising greenhouse gas emissions are contributing to the temperature changes we recorded, but a number of other influences are also at play. These include the seasonal cycle (warmer in winter, colder in summer) and the Sun’s 11-year activity cycle (which involves quieter and more intense solar periods) in the mesosphere.

One challenge of the research was untangling all these merged “signals” to work out the extent to which each was driving the changes we observed.

Surprisingly in this process, we discovered a new natural cycle not previously identified in the polar upper atmosphere. This four-year cycle which we called the Quasi-Quadrennial Oscillation (QQO), saw temperatures vary by 3-4℃ in the upper atmosphere.

Discovering this cycle was like stumbling across a gold nugget in a well-worked claim. More work is needed to determine its origin and full importance.

But the finding has big implications for climate modelling. The physics that drive this cycle are unlikely to be included in global models currently used to predict climate change. But a variation of 3-4℃ every four years is a large signal to ignore.

We don’t yet know what’s driving the oscillation. But whatever the answer, it also seems to affect the winds, sea surface temperatures, atmospheric pressure and sea ice concentrations around Antarctica.

Our research also monitors how cooling temperatures are affecting the occurrence of noctilucent or “night shining” clouds.

Noctilucent clouds are very rare – from Australian Antarctic stations we’ve recorded about ten observations since 1998. They occur at an altitude of about 80km in the polar regions during summer. You can only see them from the ground when the sun is below the horizon during twilight, but still shining on the high atmosphere.

The clouds appear as thin, pale blue, wavy filaments. They are comprised of ice crystals and require temperatures around minus 130℃ to form. While impressive, noctilucent clouds are considered a “canary in the coalmine” of climate change. Further cooling of the upper atmosphere as a result of greenhouse gas emissions will likely lead to more frequent noctilucent clouds.

There is already some evidence the clouds are becoming brighter and more widespread in the Northern Hemisphere. 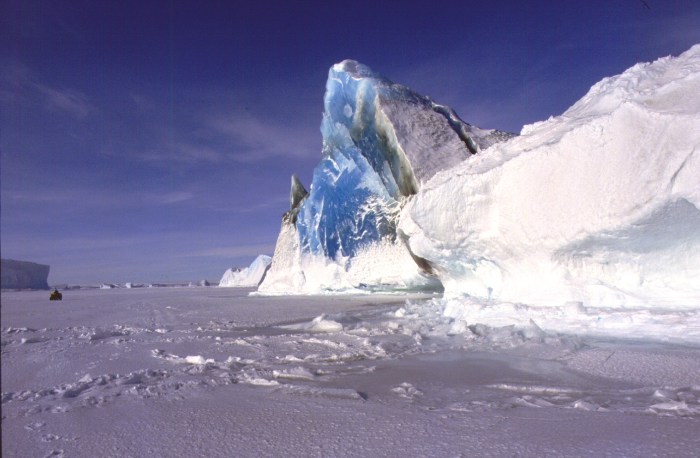 The new temperature cycle is reflected in the concentration of sea ice in Antacrtica. John French

Human-induced climate change threatens to alter radically the conditions for life on our planet. Over the next several decades – less than one lifetime – the average global air temperature is expected to increase, bringing with it sea level rise, weather extremes and changes to ecosystems across the world.

Long term monitoring is important to measure change and test and calibrate ever more complex climate models. Our results contribute to a global network of observations coordinated by the Network for Detection of Mesospheric Change for this purpose.

The accuracy of these models is critical to determining whether government and other interventions to curb climate change are indeed effective.

Greta’s Own Sweden Has Been Cooling In July Since 1997! Same Results In Finland And Ireland

Scientists: It’s ‘Impossible’ To Measure Critical Cloud Processes…Observations 1/50th As Accurate As They Must Be

Gore praises Biden-Harris: ‘This is the strongest & best climate platform that the Dem Party or any party in USA has ever had’

Obviously not driven by science!:

Thanks to Climate-Driven Green Energy Mandates, California’s Electric Grid Is Near Collapse

As we can see, (Man Made) Global Warming doesn’t have to mean “global” – in fact it doesn’t even have to mean “warming” – better call it “Climate Change”! 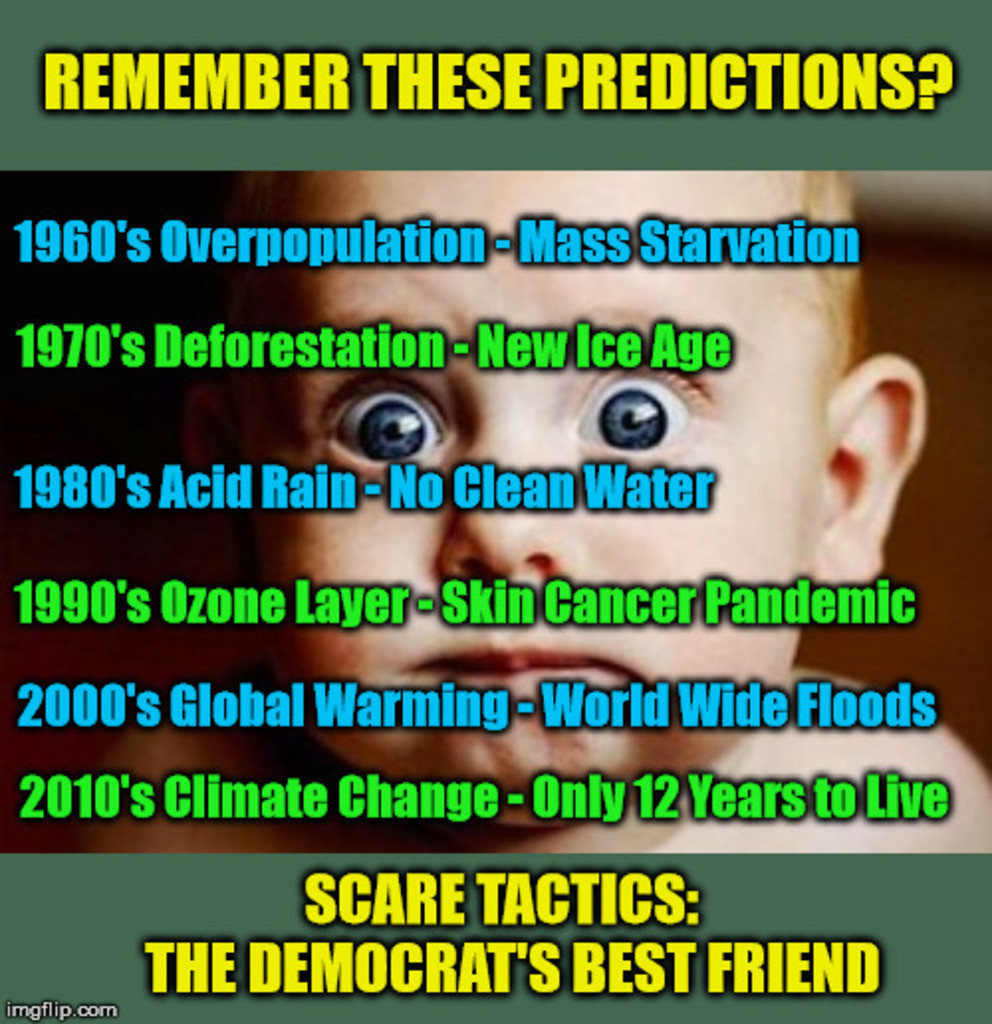