CFACT is at Jerry Brown’s “Global Climate Action Summit” in San Francisco.  We staged a “march of the climate zombies,” mindless followers of “Al Gore” (played by me).  The zombies moaned “save the Earth, stop global warming.”

The point CFACT’s zombies’ were making was triple underscored when we arrived at San Francisco’s Moscone center and found it besieged by the the real-life hard global warming Left, who were equally mindless.

The protesters formed “human chains” blocking every entrance and exit to Jerry Brown’s “summit” and for a long while prevented everyone, including the media, from getting in.  Eventually the meeting tried to get started, but the demonstrators snuck in, hoisted a banner demanding world Socialism, and shouted down billionaire, and former New York Mayor, Michael Bloomberg.  “Only in America,” Bloomberg quipped, “could you have environmentalists protesting an environmental conference.”

Bloomberg should take a good look and see the kind of forces his misguided global warming campaigning would unleash.

Governor Brown just signed a 100% “renewables” law which places California on the most economy-destroying energy trajectory in America.  That’s not enough for the climate Socialist zombies surrounding his event.  They want Brown to issue an executive order putting all of California’s many oil wells out of business. “Jerry Brown keep it in the ground!” they chanted.  The Protesters said that Brown has taken $9.8 million in campaign contributions from energy companies and called his summit a “trade show.”  They then shut down key San Francisco arteries and caused a major traffic jam to further ingratiate themselves with the locals.

I (Craig Rucker), as Al Gore, stepped to the fore and said, “I ride around the world in personal jets and limo’s, everyone else should take public transportation.”  “Save the Earth stop global warming” the climate zombies replied.

“Climate models have never been right, but that doesn’t matter.  What do we say?” “Save the Earth stop global warming” the climate zombies replied.

“Sea levels have risen at the same rate for centuries.  Polar bears are increasing.  Who cares?  What do we say?” “Save the Earth stop global warming” the climate zombies replied.”  “When CFACT tells us the real facts, what do we say?”  “Denier! Denier!” the zombies hissed.   This got a big thumbs up from the cordon of police outside the center.

Check out the video we shot.

Sadly, in San Francisco reality is more frightening than parody.  The global warming activists raised banners proclaiming “Capitalism is the disease and Socialism the cure,” along with red flags emblazoned with the iconic silhouette of Che Guevara.  That Guevara was a mass murderer apparently doesn’t faze them.

Earlier this week Al Gore stated that “we have to make the decarbonization of the global economy the central organizing principle of human civilization.”

It’s pretty clear that the VIPs inside Jerry Brown’s climate summit are as dangerous as the climate zombies protesting outside. 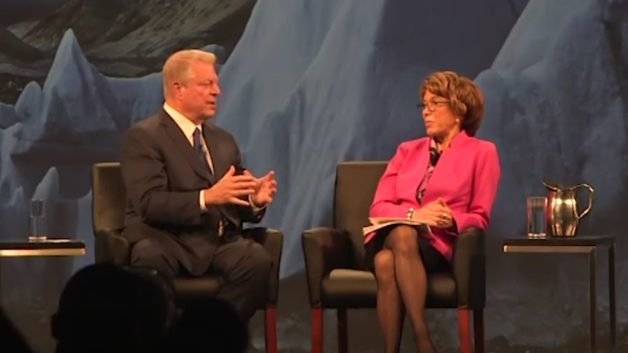 “We have to make the decarbonization of the global economy the central organizing principle of human civilization,” said former Vice President Al Gore at a San Francisco forum organized in conjunction with Governor Brown’s “Global Climate Action Summit.”

CFACT is at the summit, where national sovereignty and individual freedom do not seem to part of the conversation.

Gore called for the United States to remain subject to the UN’s Paris Climate Accord despite President Trump’s decision to withdraw and President Obama’s failure to submit the “agreement” as a treaty to the Senate for ratification. 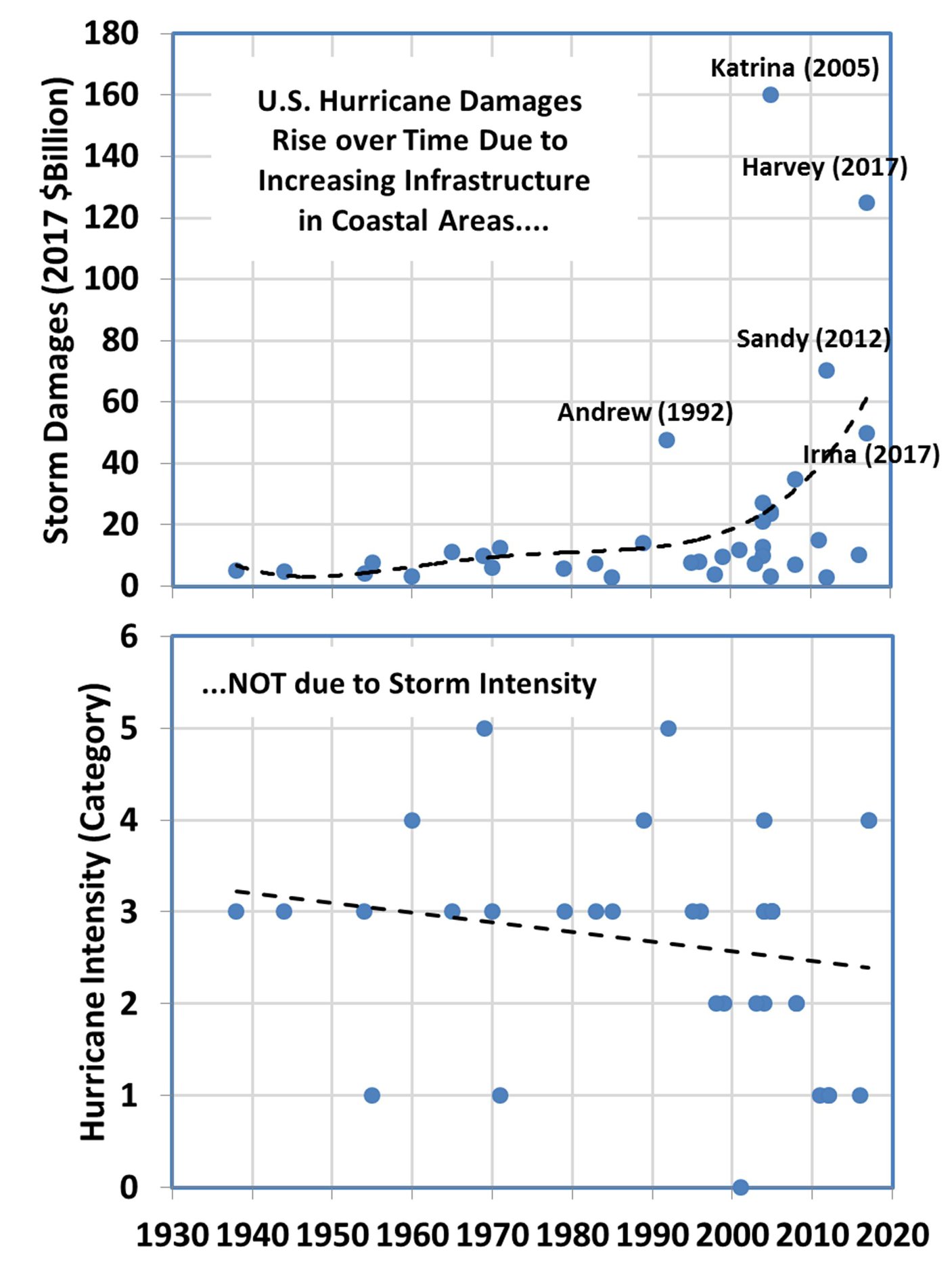 Gore said that, “under the law the first day that the United States of America could actually leave the  Paris agreement is the day after the next presidential election… and under the terms of the treaty if there is a new president… a new president could give thirty days notice and we’re right back in.”

Gore never misses a chance to attribute naturally occurring events to global warming and used this forum to attribute both California fires and Hurricane Florence to climate change.

Take a look at the graph climate scientist Dr. Roy Spencer posted earlier this week which shows that while the cost of hurricane damage has risen as a result of intense coastal development, hurricane intensity has not.

Sorry about the inconvenient facts, Al.