In a lawsuit filed against an Arkansas legislation limiting transition-related care for children, the plaintiffs claimed that if the law was upheld, they would be forced to leave the state.

After emotional testimony, the plaintiffs rested their case on Wednesday in the nation’s first trial concerning a state law that limits gender-affirming medical care for kids, which began this week in Arkansas.

The Save Adolescents From Experimentation Act prohibits minors in the state from getting some gender-affirming medical treatments, such as hormone therapy, puberty blockers, and surgery.

Republican governor Asa Hutchinson vetoed the legislation in April, calling it a “massive government overreach,” but the legislature overrode it, making Arkansas the first state in the nation to establish a ban on transition-related medical care.

RELATED: Big Tech Is on the Wrong Side of History on Gender 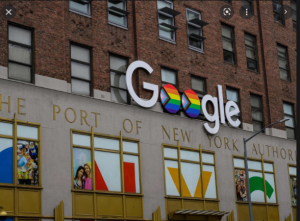 The number of transgender-identifying youth has nearly doubled in the last five years, with more than 300,000 children ages 13 to 17 identifying as a gender different from their biological sex. Among adults, the number has soared to 1.3 million, or 0.5 percent. Stories of these individuals have been spoon-fed to the public in cheerful, triumphant tones. From Disney Channel spinoffs to reality shows and even feature segments on Fox News, the idea of children changing their gender has been applauded, platformed, and promoted. On YouTube, videos celebrating child “gender transition” accumulate millions of views.

According to The Associated Press, Republican Attorney General Leslie Rutledge stated that the law is “about protecting children.”

“Nothing about this law prohibits someone after the age of 18 from making this decision,” she said. “What we’re doing in Arkansas is protecting children from life-altering, permanent decisions.”

In May, the American Civil Liberties Union filed a lawsuit on behalf of four transgender children, their parents, and two medical professionals who offer care that is gender-affirming. A federal judge ordered a temporary injunction in July, about a week before it was scheduled to go into force.

In three days of testimony this week, the families, physicians, and other professionals that the ACLU attorneys are defending made their case against the statute.

The ACLU consulted with almost a half-dozen medical professionals, including the plaintiffs Dr. Michele Hutchinson, a pediatric endocrinologist who established the Gender Spectrum clinic at Arkansas Children’s Hospital, and Dr. Kathryn Stambough, a gynecologist who also works in the Gender Spectrum clinic, to explain how gender-affirming medical care functions, its advantages, and the risks of abruptly ceasing it should a law like Arkansas. 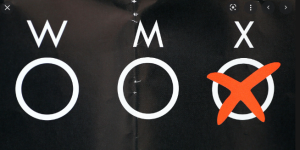 This summer, Germany introduced the parameters of a bill that would make it easier for transgender people to change their name and gender, upending the expensive and time-consuming procedure that has been on the books for the last four decades. The eventual bill would be an important development for transgender rights, setting a standard for self-determination for name and gender in Germany, as anti-LGBT rhetoric and laws gain traction across the world.

According to Gillian Branstetter, a communications strategist with the ACLU, Dr. Dan Karasic, a psychiatrist with over three decades of experience working with transgender people, reacted to arguments opposing gender-affirming care for kids on Monday. Critics of the care, for instance, frequently reference contentious research showing that most trans youth eventually come to identify with their biological sex as they get older.

In his experience treating thousands of transgender patients, Karasic said that none of his patients had detransitioned or ceased identifying as trans. 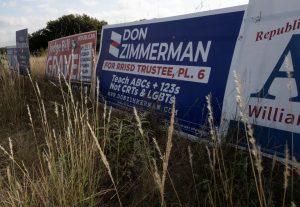 At traffic-choked intersections in this Texas town, a blunt campaign slogan stands out from clusters of candidate signs: “Teach ABCs + 123s, Not CRTs & LGBTs.”

The nature of hormone therapy, such as estrogen or testosterone, which is typically prescribed to teenagers, and puberty blockers, which are typically recommended to trans youth at the onset of puberty to delay it, were described to the court by Dr. Anne Adkins, an endocrinologist who worked at Arkansas Children’s Hospital.

“In general, my patients do quite well,” she said of puberty blockers, KARK reported. “They’re able to focus on the important parts of growing up.” 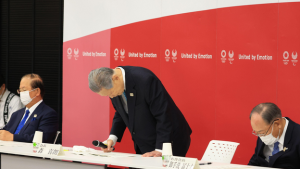 A day after former Tokyo Olympics boss Yoshiro Mori made global headlines with his sexist comments, Momoko Nojo, 23, helped start a petition calling for action against him. “The aim wasn’t his resignation,” says Nojo, whose petition – co-created with 10 other women – took two days to collect 100,000 signatures. “I felt we needed to do something, because until now we, as a society, have accepted these kinds of comments.”

According to KARK-TV, an NBC affiliate headquartered in Little Rock, Arkansas, the state focused on the drug’s adverse effects during Adkins’ cross-examination. Blood clots, liver problems, abnormal ovulation, weight gain, decreased calcium synthesis, and slowed development rate are just a few of the negative effects, according to Adkins, KARK reported. Adkins added that adverse effects are infrequent and carefully observed.

“Forcing a kid to wait until they’re 18, I just worry these kids are going to hurt themselves,” she said, according to KARK.

Stambough said she has the same fears. “Not every patient could make it to 18,” she said. 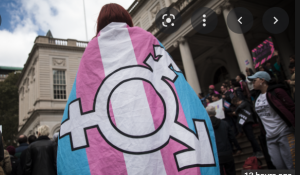 A transgender teen, parents and doctors testified this week while challenging an Arkansas law that restricts gender-affirming medical care for minors.

The Save Adolescents From Experimentation Act, which passed the Arkansas General Assembly in March 2021, bars people under 18 from receiving puberty blockers, hormone therapy and certain other forms of health care in the state.

‘Changed my life for the better’

Parents of the four transgender children who are plaintiffs in the lawsuit discussed how their children’s lives have been enhanced by receiving care that is gender affirming.

According to the Arkansas Democrat Gazette, Donnie Saxton of Vilonia, Arkansas, claimed that his 17-year-old son, Parker, became “a new person” after coming out as trans and receiving gender-affirming medical care.

“A complete turnaround of the broken, anxious, depressed shell that he was before testosterone. It’s amazing. Truly amazing,” he said.