Image: Soldier Song: A True Story Of The Civil War

It’s becoming increasingly difficult to envision a future that doesn’t include war breaking out between conservatives and liberals. After all, liberals have already shown a willingness to engage in violence. They’ve attacked conservatives on college campuses for years. They’ve sucker-punched and egged Trump supporters for merely showing up to hear him speak. George Soros has financed the fascistic tactics of Antifa, no doubt picking up the tab for their masks and baseball bats, just as he’s put the leaders of Black Lives Matter on salary and no doubt funded their pension plans.

It’s only a matter of time until conservatives decide that enough is enough and that turning the other cheek isn’t the best policy when dealing with those who believe that Christianity is for suckers. Oddly enough, it’s usually those being viciously attacked who are the ones who own most of the guns and know how to use them.

Frankly, I think the only thing that has kept open warfare from breaking out is the same thing that’s holding the country together, however precariously: unlike the way things were in 1861, today there is no clear geographical divide. It would have been easy to carve out the Confederacy as a separate nation, but not so easy these days when the differences aren’t over slavery, but over everything including taxes, abortions, immigration, the police, ICE, same-sex marriages, tariffs, trade policies, open borders, welfare, health care and identity politics, and divide not just states and cities, but neighborhoods and families.

Something I’ve noticed for several years is that when Republicans complain about Democrats in the White House, it’s over their big government policies and occasionally their moral lapses. However, as soon as a Republican winds up in the Oval Office, the Democrats roll out the usual nonsense claiming that the Republicans are stupid, pretending that whereas the likes of Carter, Clinton and Obama, had IQs higher than Einstein, people like Reagan, Bush and Trump were the equivalent of Curly, Moe and Shemp.

Next, the Democrats invariably get 50 Jewish shrinks to sign a petition declaring that the Republican residing in the White House is definitely non compos mentis, a real danger to himself and others, and must never be .allowed within a thousand miles of the nuclear button.

And, finally, they deliver what they regard to be the coup de grace by declaring that as if all that wasn’t bad enough, their First Ladies put ours in the shade. That even extended to their announcing that the gawky Michelle Obama, a woman who had even less fashion sense than I, was a head-turner who was born to grace the covers of Vogue, Glamour and Harper’s Bazaar, whereas Melania Trump, who, even at 48, still looks like a fashion model who could be strutting her stuff on a Milan catwalk.

Perhaps the single most obnoxious thing about Democrats, although Heaven knows it’s almost impossible to settle on just one, is the way they toss around Nazi analogies. If I hear one more left-wing bozo calling Trump another Hitler, I will be sorely tempted to engage him in a debate after first getting his undivided attention by bopping him with a baseball bat.

It’s bad enough that Hitler ran and reigned as a Socialist and would be campaigning in tandem with Bernie Sanders and Alexandria Ocasio-Cortez for socialist candidates this year if only he weren’t dead and would otherwise be 129 years old.

The irony of left-wingers damning Trump as a fascist, Nazi and dictator is, one, if he were any of those things, they wouldn’t dare insult him; and, two, in real life, they show a definite affinity for dictators. For 30 years, they lauded Joseph Stalin, and followed that up by tossing bouquets to Mao Tse-tung, Pol Pot, Ho Chi-Minh, Hugo Chavez, the Castro brothers and Che Guevara. Some, I strongly suspect, would have had a few kind thoughts about Hitler if he hadn’t double-crossed Stalin by invading the Soviet Union. After all, almost to a man and woman they campaigned against our getting involved in World War II until the attack on Pearl Harbor silenced them.

Nancy Thorner, the pride of Lake Bluff, Illinois, passed along a very prescient comment from Calvin Coolidge: “No method of procedure has ever been devised by which liberty could be divorced from local self-government. No plan of centralization has ever been adopted which did not result in bureaucracy, tyranny, inflexibility, reaction and decline. Of all forms of government, those administered by bureaus are about the least satisfactory to an enlightened people. Being irresponsible, they become autocratic, and being autocratic they resist all development.

“Unless bureaucracy is constantly resisted it breaks down representative government and overwhelms democracy. It is the one element in our institutions that sets up the pretense of having authority over everybody and being responsible to nobody.”

He said those words about a century ago, but he could have been talking about the bureaucrats who populate the Deep State and who have conspired through their positions at the State Department, the FBI, the Justice Department, the NSA, the CIA and on FISA courts to bring down a duly-elected president.

It is one thing not to think of something great on one’s own, but there’s no excuse when you have examples of success in front of your own eyes.

For instance, how is it, when you see how much money Fox News is generating, that some other wealthy conservative doesn’t start a competing network, one on which intelligent viewers wouldn’t have to waste their time listening to the propaganda and banalities of Juan Williams, Geraldo Rivera, Kathy Areu, Richard Goodstein, Mara Liasson, Leslie Marshall, Shepard Smith, Chris Wallace and Marie Harf?

A similar thought occurred to me when Hollywood used to turn out a slew of really awful, totally fictionalized, melodramatic biographies devoted to the likes of George Gershwin, Rodgers and Hart, Paul Dresser, Joseph E. Howard, Bert Kalmer, Harry Ruby and Cole Porter (twice), simply in order to provide a platform for their songs.

Why did it never occur to anyone but Arthur Freed, then head of the musical division at MGM, to create an original musical comedy that simply utilized the songs that he had composed with his collaborator Nacio Herb Brown, using one of their old song titles for the immortal “Singin’ in the Rain,”?

Antifa smashed a guy on the head with a pipe because he was carrying an American flag. The victim was a Bernie Sanders supporting leftist. https://t.co/Z49Xl5aZok 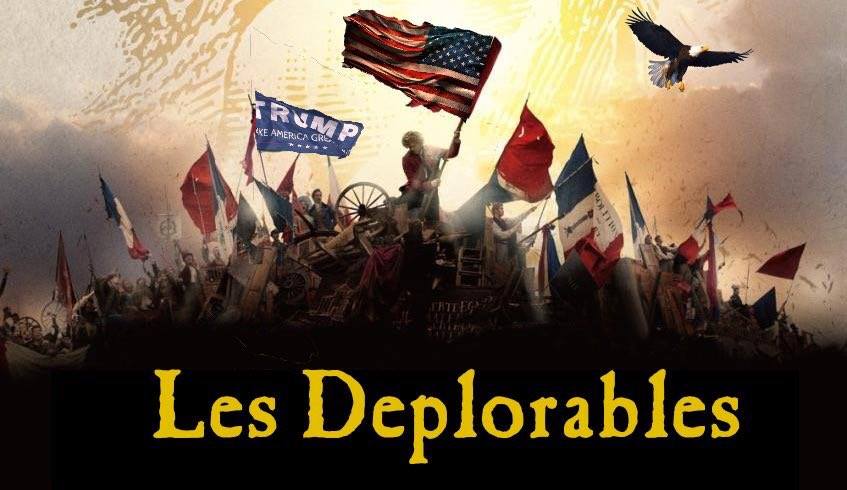 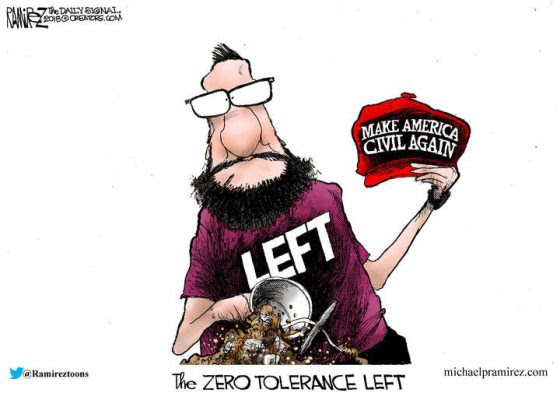