Activists and corrupt politicians are reporting about lack of insects in parts of Norway, avoid telling it’s almost winter!

#Norway will host the 9th Trondheim Conference on Biodiversity from 2-5 July. 450 decision-makers & experts from around the world will discuss the science base for the post 2020 #biodiversity framework.

Back in Norway a communist newspaper reports about a cold summer 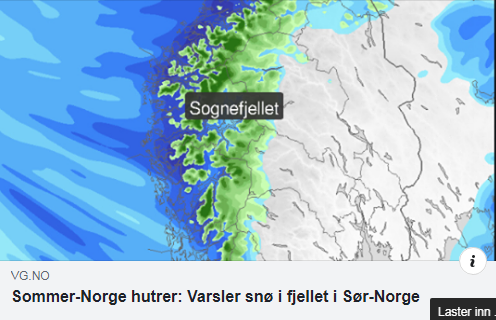 The headline: Summer-Norway shivering: Reports of snow in the mountains

Only a few days ago there was snow in the northern parts of Norway – all the way down to the beach.

The climate fraudsters do not care, it’s not about the weather, facts, logic or CO2., it’s not even about the climate. The Nazi-left only cares about corruption and the money they plan to steal!